In the face of some of the worst wildfires, droughts, and climate change-related devastation on record, the publishing world—including many indie and university presses—have responded with an incredible amount of nonfiction nature writing in the first half of 2017. Whether you’re looking for in-depth examinations of plants and animal species, or something more global; writing that tends toward the scientific, or essays that verge into the philosophical; you’ll find it on this list. Many of these works, in the great tradition of nature writing, are told in the first person. Others are a bit more detached. What they all share is terrific writing and fascinating insights into the natural world. 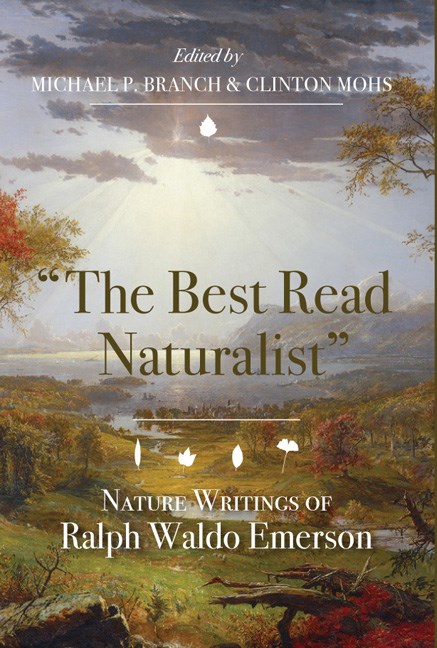 Kicking off this list is a collection of little-known essays by one of the greatest nature writers of all time. They reveal Emerson to be not only a master of the written word, but one of the world’s first environmentalists.

From University of Virginia Press: “As we watch him grapple with what he called the “book of nature,” a more environmentally connected thinker emerges–a “green” Emerson deeply concerned with the physical world and fascinated with the ability of science to reveal a correspondence between the order of nature and that of the mind. ” 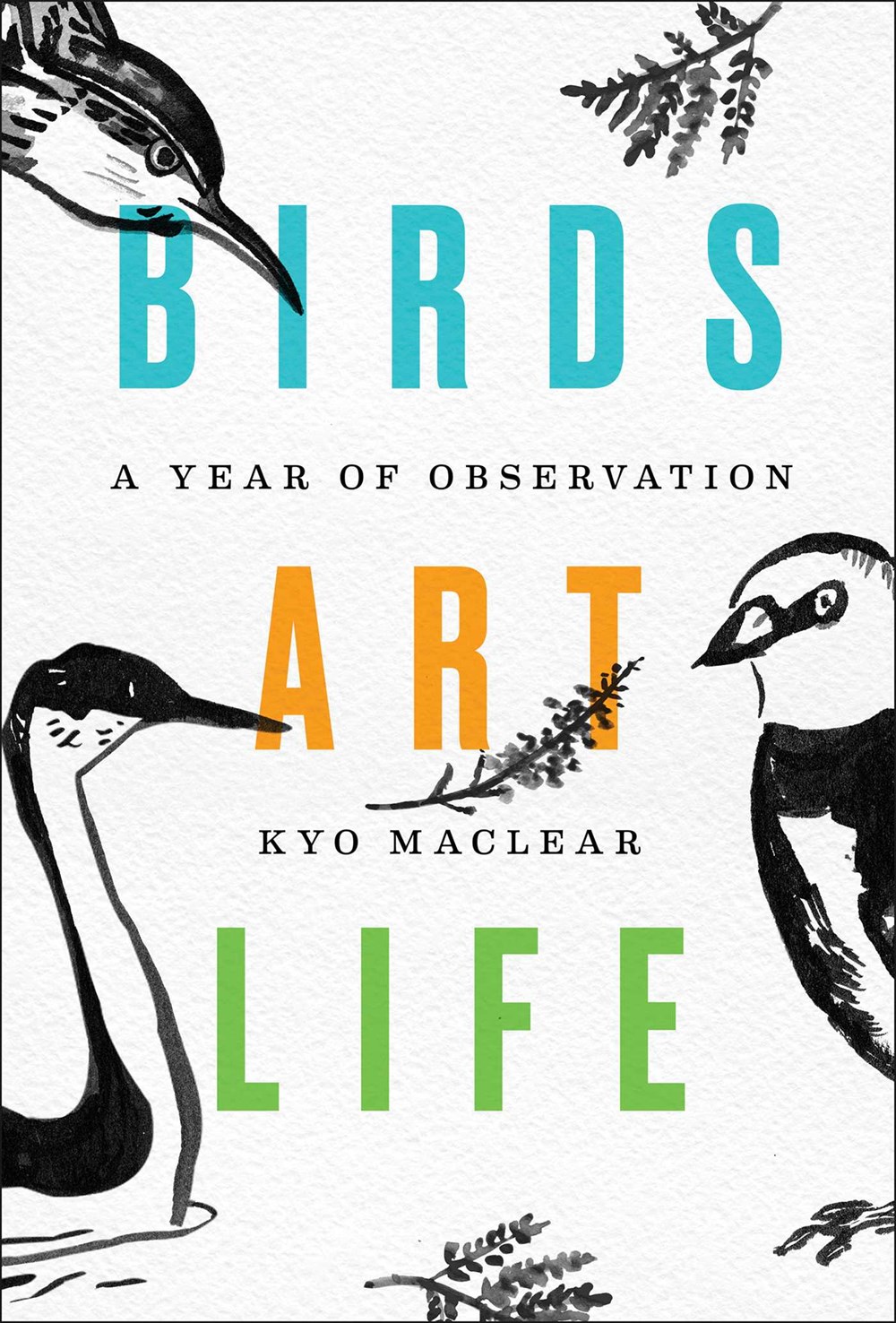 If you loved H is for Hawk, then you’ll love this book. As Maclear studies the birds of her city, she learns to connect her hobby to larger ideas about art, love, and life.

From Scribner: “If Birds Art Life was sprung from Maclear’s sense of disconnection, her passions faltering under the strain of daily existence, this book is ultimately about the value of reconnection—and how the act of seeking engagement and beauty in small ways can lead us to discover our most satisfying and meaningful lives.” 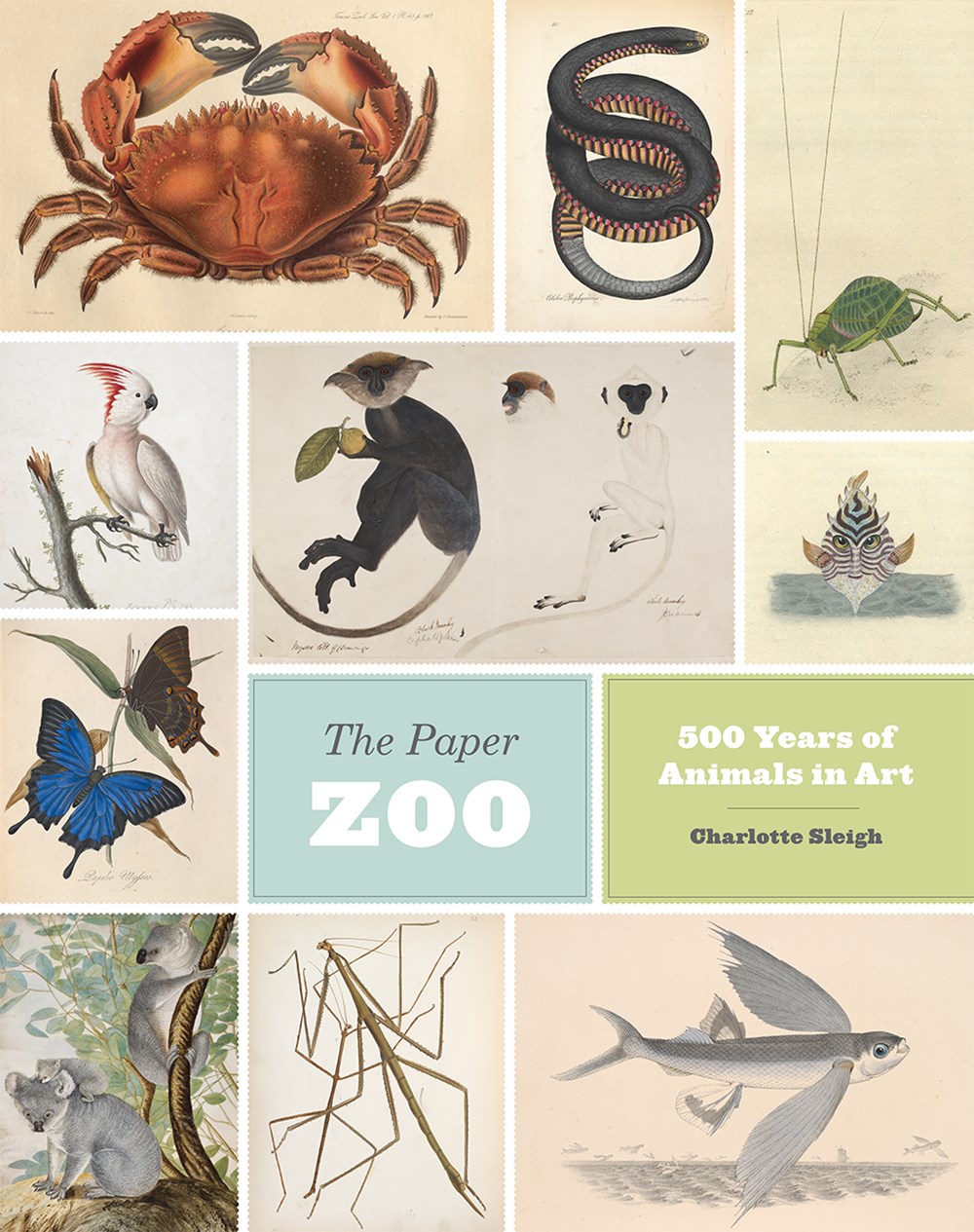 The Paper Zoo: 500 Years of Animals in Art by Charlotte Sleigh
University of Chicago Press, March 8

A book for the coffee table that you’ll want to look at every time you sit down. It’s filled with beautiful drawings by some of the world’s most renowned natural history illustrators (including John James Audubon himself.)

From University of Chicago Press: “Gathering together a breathtaking range of nature illustrations from manuscripts, prints, drawings, and rare printed books from across the world, Sleigh brings us face to face (or face to tentacle) with images of butterflies, beetles, and spiders, of shells, fish, and coral polyps.

In her accompanying text, Sleigh traces the story of the art of natural history from the Renaissance through the great age of exploration and into the nineteenth century, offering insight into the changing connections between the natural and human worlds.” 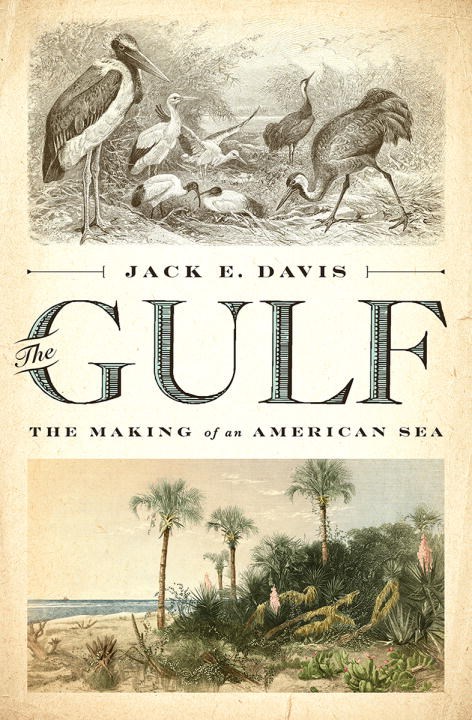 The Gulf: The Making of An American Sea by Jack E. Davis
Liveright, March 14

This book marks the first-ever history of the Gulf, and Davis, an environmental historian, more than does the narrative justice. Reaching as far back to the Pleistocene age, Davis tells a comprehensive story that ends with a discussion of humanity’s connection to one of our most over-looked seas.

From Liveright: “Significant beyond tragic oil spills and hurricanes, the Gulf has historically been one of the world’s most bounteous marine environments, supporting human life for millennia. Davis starts from the premise that nature lies at the center of human existence, and takes readers on a compelling and, at times, wrenching journey from the Florida Keys to the Texas Rio Grande, along marshy shorelines and majestic estuarine bays, profoundly beautiful and life-giving, though fated to exploitation by esurient oil men and real-estate developers.” 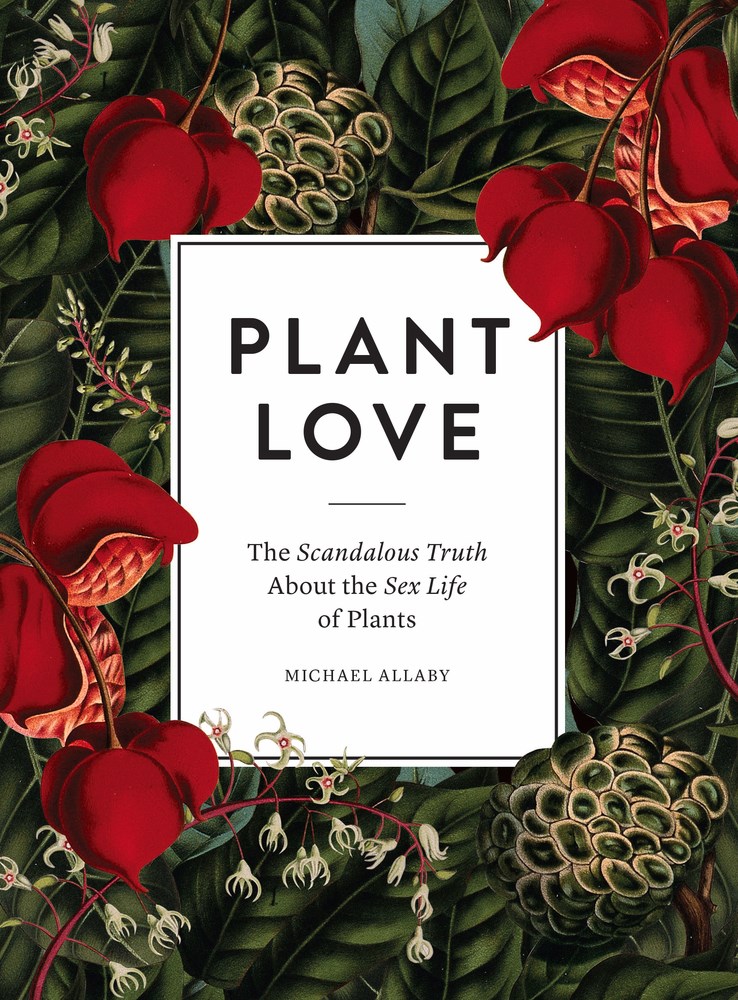 Like your nature writing a little steamy? Then this is your book. It’s funny, well-written, and filled with tidbits that’ll make you rethink everything you thought you knew about lovin’ in the natural world.

From Filbert: “The sexual antics of plants are far more varied than those of people, and plants have preferences and techniques for which we have no equivalent. Being rooted to the spot, many rely on pollinators for assistance—and forget birds and bees, we’re talking kangaroos, giraffes, and vampire bats. Botanical illustrations throw light on the gallery of pimps, hookers, and gigolos who may be lurking in your back garden and spice up this compendium of scurrilous botany which—be warned—may shock the worldliest of gardeners.” 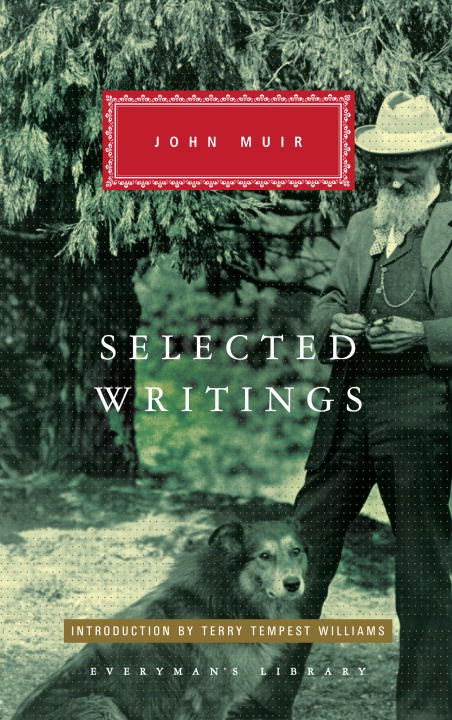 Every naturalist worth her salt reads John Muir, and thanks to Everyman’s Library, this new collection offers some of his best work.

From Everyman’s Library: “These four full-length works—along with a selection of important essays—helped galvanize American naturalists, and led to the founding of the Sierra Club and several national parks. In these pages, written with meticulous thoroughness and an impassioned lyricism, we witness Muir’s awakening to the incredible beauty of our planet, and the honing of an eye turned as acutely toward the scientific as the spiritual.” 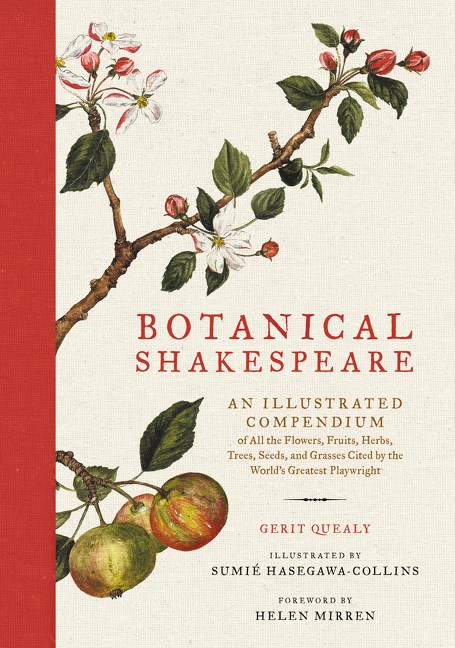 When most folks think “nature writing,” Shakespeare doesn’t necessarily come to mind. This beautiful volume shows us why we’ve been wrong to exclude him.

From Harper Design: “Botanical Shakespeare opens with a brief look at the Bard’s relationship to the plants mentioned in his works—a diversity that illuminates his knowledge of the science of botany, as well as the colloquy, revealing his unmatched skill for creating metaphorical connections and interweaving substantive philosophy. At the heart of the book are “portraits” of the over 170 flowers, fruits, grains, grasses, trees, herbs, seeds and vegetables that Shakespeare mentions in his plays and poems.” 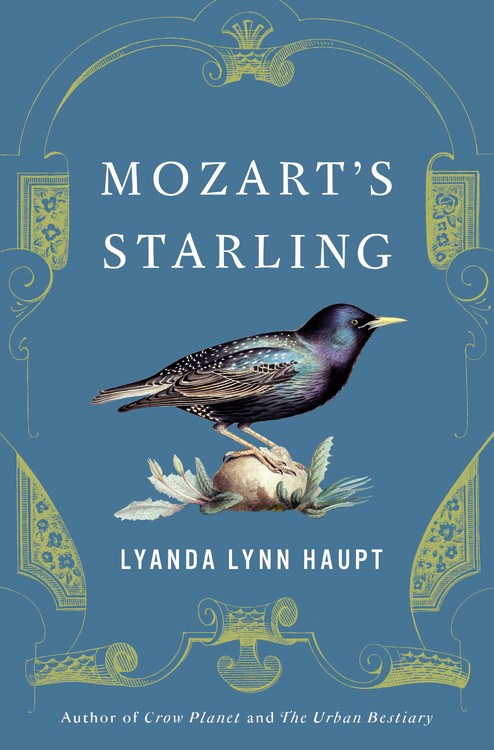 Starlings are the outcasts of the birding world. But Haupt shows us why they deserve our love in this first-hand account of raising a baby starling of her own.

From Little, Brown, and Co.: “On May 27th, 1784, Wolfgang Amadeus Mozart met a flirtatious little starling in a Viennese shop who sang an improvised version of the theme from his Piano Concerto no. 17 in G major. Sensing a kindred spirit in the plucky young bird, Mozart bought him and took him home to be a family pet.

A seasoned birder and naturalist, Lyanda Lynn Haupt is well versed in the difficult and often strained relationships these birds have with other species and the environment. But after rescuing a baby starling of her own, Haupt found herself enchanted by the same intelligence and playful spirit that had so charmed her favorite composer.” 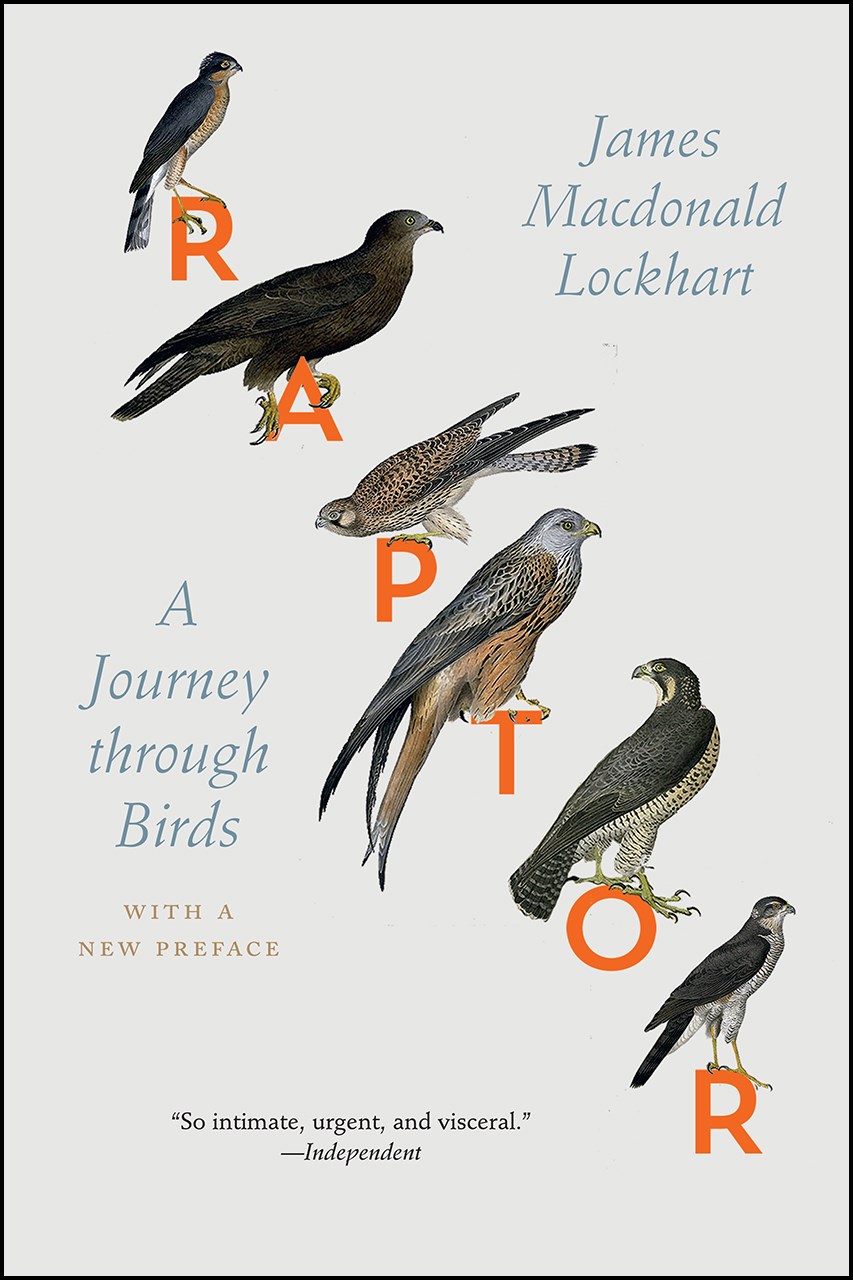 Unleashing Inner Monsters in “Nightbitch” and “A Touch of Jen”

Another book for H is for Hawk fans. Lockhart’s lyrical writing enchants as much as it educates.

From University of Chicago Press: “On its surface, Raptor is a journey across the British Isles in search of fifteen species of birds of prey, but as Lockhart seeks out these elusive predators, his quest becomes so much more: an incomparably elegant elegy on the beauty of the British landscape and, through the birds, a journey toward understanding an awesome power at the heart of the natural world—a power that is majestic and frightening in its strength, but also fragile.” 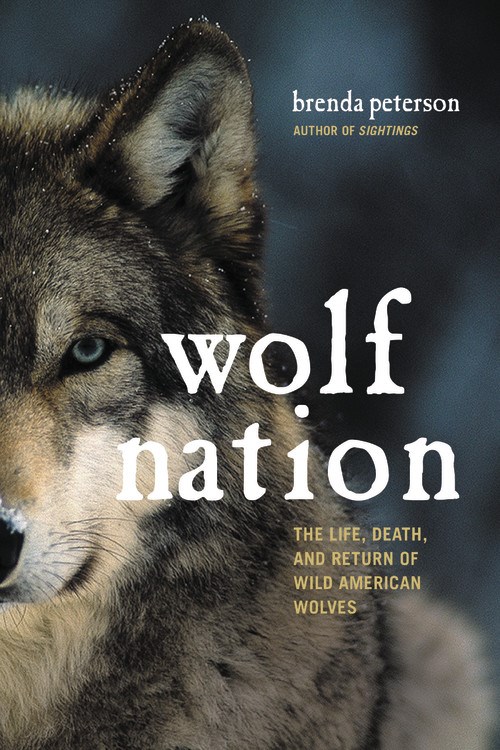 A riveting, heartwarming, and occasionally heartbreaking history of wolves in America. Be prepared to learn as much about us as our wild canine friends.

From Da Capo: “Brenda Peterson tells the 300-year history of wild wolves in America. It is also our own history, seen through our relationship with wolves. The earliest Americans revered them. Settlers zealously exterminated them. Now, scientists, writers, and ordinary citizens are fighting to bring them back to the wild. Peterson, an eloquent voice in the battle for twenty years, makes the powerful case that without wolves, not only will our whole ecology unravel, but we’ll lose much of our national soul.” 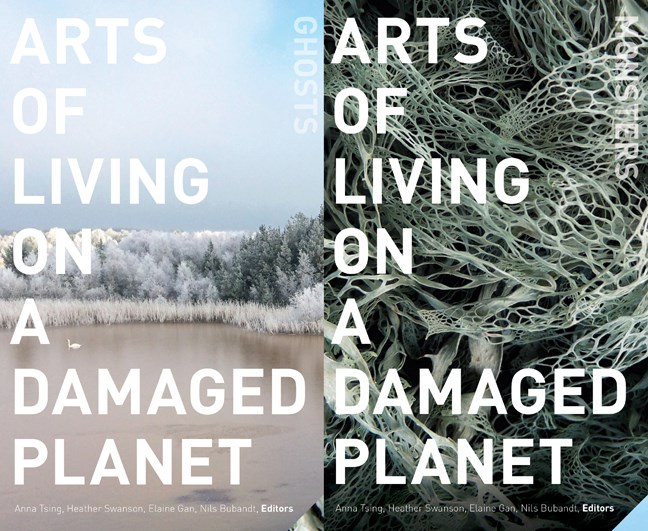 Arts of Living on a Damaged Planet: Ghosts and Monsters of the Anthropocene
Edited by Anna Lowenhaupt Tsing, Heather Swanson, Elaine Gan, and Nils Bubandt
University of Minnesota Press, May 30

This vibrant, moving, and philosophical two-sided essay collection reminds us of all the ways that human beings and the natural world are interconnected. Deborah Bird Rose’s piece on the “shimmer of life” alone makes the book worth reading. 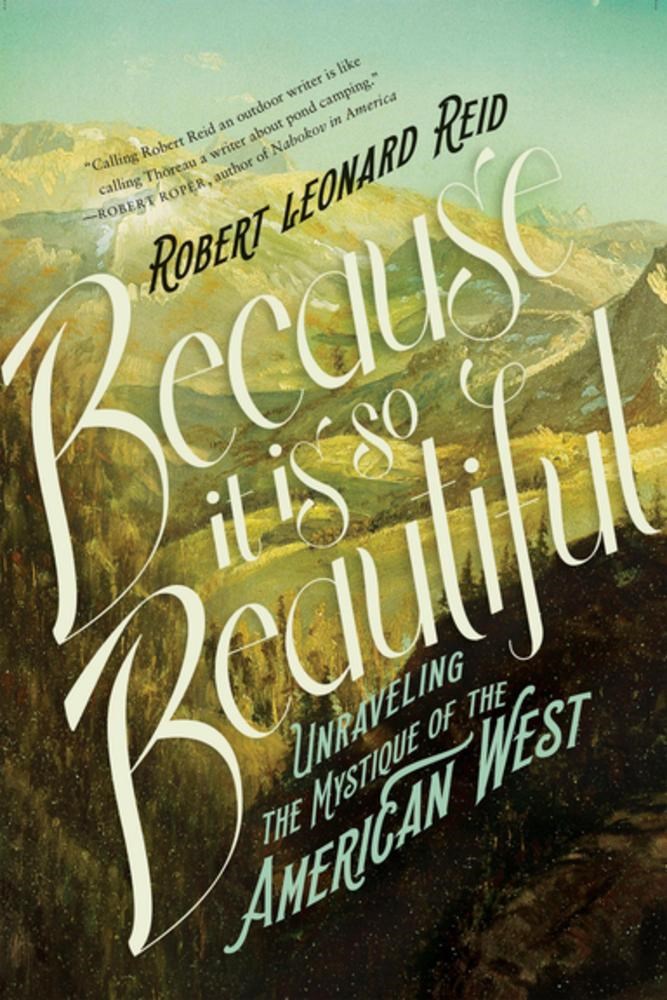 Because It Is So Beautiful: Unraveling the Mystique of the American West
By Robert Leonard Reid
Counterpoint Press, June 13

This galvanizing essay collection is as much a call to activism as a celebration of the beauty of the American West.

From Counterpoint: “In this collection, Reid distinguishes himself from many science-based nature writers, using the natural world as a springboard for speculations and musings on the numinous and the sacred, injustice, homelessness, the treatment of Native Peoples in the United States, and what pushes mountaineers to climb.”

(Also interested in fiction that deals with the natural world? Check out Amy Brady’s monthly column, “Burning Worlds,” which is dedicated to examining trends in climate fiction, or “cli-fi.”)