When I picked up The Seas I did not expect a novel about language, war, and mermaids. This slim reissue of Samantha Hunt’s debut novel — originally published in 2004 — was advertised as a water-infused love story, following an unnamed 19-year-old girl stuck in a coastal town full of drunks and gossipers. She’s in love with an older man, she longs for her father who seems to have disappeared into the sea some 11 years prior, and . . . she’s convinced she’s a mermaid.

Hearing the word “mermaid,” it’s natural to jump to labels like magical realism and surrealism. But looking a little closer, the nameless narrator of The Seas is quite possibly insane. Many passages of the novel support this reading, in addition to her belief that she came from the sea and is destined to return to it. One red flag: the first-person narration often zigzags its way from thought to thought, crescendoing with a play on words, then diving back into a granular inquiry of the nature of language itself. Another: at one point, the narrator confuses a daydream with reality.

When the narrator meets the older man she is obsessed with, Jude, he’s walking out of the sea. She falls madly in love with him, and when he goes off to serve in the Iraq war, that love doesn’t waver.

The true power of this novel is in the young woman’s narration. She is not a victim. She is never passive. Her sexual desires are bold and sharp. In an exceptionally singular voice, she dreams vividly of what she wants: “Some nights I want Jude so badly that I imagine I am giving birth to him. I pretend to sweat. I toss and wring my insides out. Mostly I think this because that’s how badly I want Jude’s head between my legs.” She even calls an ophthalmologist to get her eyes checked out, because “I was in love so badly that it was affecting my vision.”

However, when Jude returns from Iraq, he’s suffering from PTSD. The injuries that unfold between him and the woman are tragic, and it would be all too easy for Hunt to follow the tragic girl + tragic boy = tragic love formula. But instead, the story keeps its head above water, exploring relationships between mother and daughter, language and life, even between our narrator and herself.

It’s hard to imagine that a book so brief could tackle the Iraq war, grief over the loss of a parent, the longing for freedom, an enthrallment with the ocean, loneliness, sexual awakening, faith, and etymology, all in less than 200 pages, but Samantha Hunt has done it, and done it well. The conciseness of the novel is part of what makes it so artful — there is no fat to trim, no belabored scenes or plot points. Our unreliable narrator is sure of herself, and steadfast in her convictions. Even when she’s trying to convince us she can rearrange atoms of water into words, she is confident and in charge. We root for her, and wish — up until the very last page — that she will grow a tail and escape into the ocean. 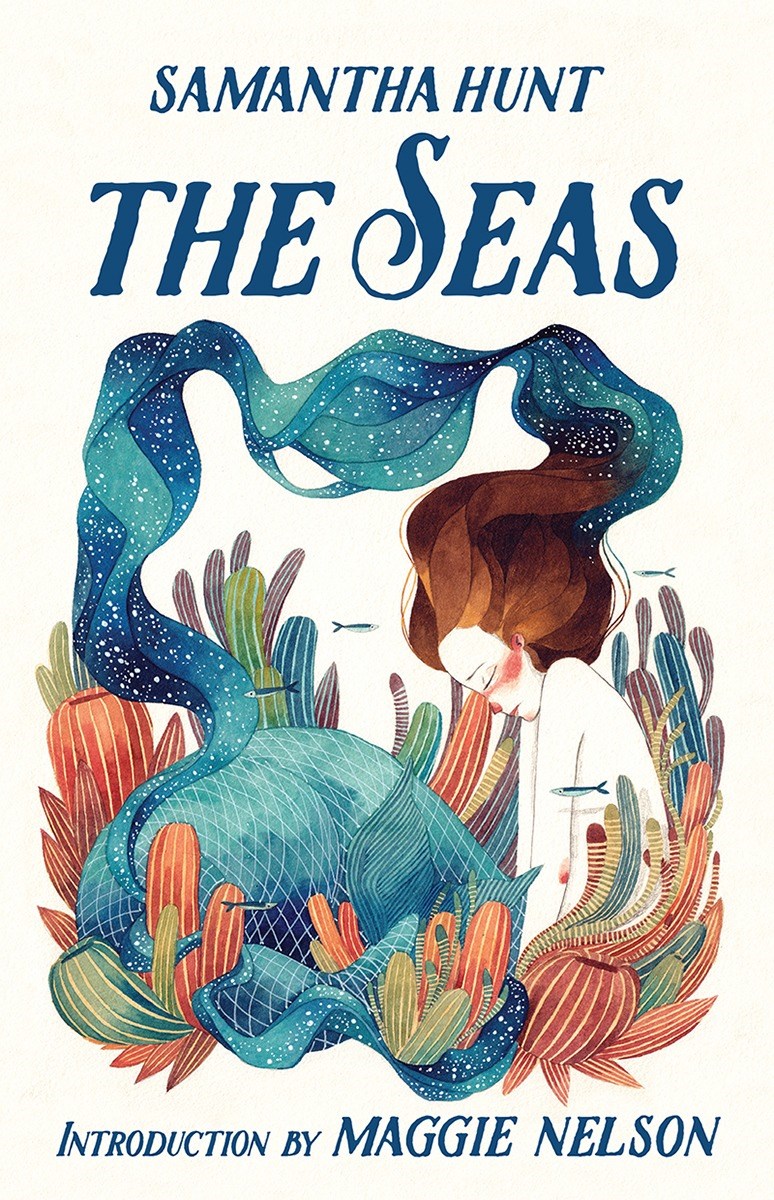 Samantha Hunt‘s The Seas, her debut novel, won a National Book Foundation award for writers under thirty-five. She is also the author of Mr. Splitfoot, Dark, Dark: Stories, and The Invention of Everything Else. Hunt’s writing has been published in The New Yorker, The New York Times, McSweeney’s, A Public Space, Tin House, and Cabinet, among others.