Why Chicago Is Crime Fiction’s Hometown

For years, Hollywood has tried its hand at bringing the terrifying realities of war to big screens and living rooms, and they often receive praise for the portrayals of heroism and bravery of soldiers in battle. But as is the way with Hollywood, there is often a glamorization and glorification of the battles and missions that aims to send a message or otherwise amplify the military’s position of dominance.

The place I find the fog of war being lifted is in literature: in novels and story collections that present these realities without big studio expectations, without the unabashed oorah patriotism that can seemingly do no wrong. Will Mackin’s Bring Out the Dog is one such collection that cuts through all the shiny and hyped-up rhetoric of wartime, and aggressively and masterfully draws a picture of the brutal, frightening, and even boring moments of deployment.

Mackin is a veteran of the U.S. Navy, having served multiple tours in Iraq and Afghanistan from 2008 to 2011, first as a weapons system officer aboard a carrier-based jet, then as a joint terminal attack controller attached to a SEAL team. He wrote the essence of these 11 stories (a few of which have appeared in The New Yorker) over the course of his many deployments, beginning as notes he scribbled on the inside of his arm in the field, and then on old MRE kits, and finally he transferred them into journals from which he referenced when finally writing this book. The authenticity screams from the pages, with details like how the rained smelled like feces and what blood sounds like dripping off of an elbow onto stone, proving how invaluable those notes and journals were.

Each story is narrated by the same man, a character with a keen eye for detail. Yankee Two, his radio call sign as his only identifier, observes with almost omniscient knowledge the psychological toll he and his team members go through on a daily basis. In the opening story “The Lost Troop,” the team is presented with perhaps one of the worst scenarios they can think of: boredom, and no intel to proceed on a mission. The men come up with their own recon mission, and taut suspense is woven into each paragraph, leaving us wondering with the same apprehension as the characters, what could go wrong. While we hope nothing happens, the men don’t feel the same way – their desire to seek out a fight lurks under the surface. Their imaginations are more terrifying than a tangible gunfight, and Mackin’s storytelling flirts with magical realism as he slips into the undesirable “what ifs.”

The contrast to this story comes halfway into the collection with “Remain Over Day,” a story that is high strung from the beginning, and ends with an advance on an enemy in broad daylight. Mackin’s prose hits every note with accuracy, penning sentences that examine the wonder of the surroundings while also underscoring how alert one must be on these missions: “I sense every ray of starlight that fell in the valley – on the winding river, on the sleeping cattle – and I could trace each one back in time to its cosmic source.” The end of the story comes without revealing the outcome of the mission, leaving us with the team unleashing themselves on the enemy: “We were all up, howling under the blue sky, running through the dragon’s teeth and onto the other side.” Their enthusiasm is palpable, and regardless of what happens when the dust settles, it is in the heat of battle that these men find their strength.

And the book doesn’t shy away from these types of exuberant admissions. In “Crossing the River No Name” the narrator admits, “This was the type of mission that earlier in the war would’ve been fun: us knowing and seeing, them dumb and blind.” Describing the war as fun is immediately shocking, especially from a character who has thus far viewed the war with a neutral lens, if not sometimes hating it. But those types of shocks are purposeful: Mackin pushes the fearful reality of war onto us, reminding us of the might and power these men possess, stemming from the technology and superior strategies of the American Military. It’s supposed to stir us, to scare us.

The beauty of this collection is found in the juxtapositions, though. In one story we are unnerved by the American prowess, and in the next we see the raw and tender emotions that radiate from human beings. “Great Circle Route Westward Through Perpetual Night” gives us the line from which the collection gets its name, and where we experience one of the most heart-wrenching deaths: the team’s dog, Mir. The memorial held for their fallen soldier is littered with memories and regret, and Yankee Two graces us with his piercing scrutiny: “We could forgive fear, but not the inability to control it,” he says of the soldier who shot the dog on accident. In a collection heavy with firefights and tactical operations, this story took space to let the men grieve and unfold. It peels away the hardened layers and shines a spotlight on the vulnerability of every one of them.

War is hard to write about, especially while it is upon you. Making sense of it after the fact may be even harder, retrospect casting a different light on events than what might’ve actually happened. But Mackin’s stories feel present and wholly realized, as if no time has passed between the narrator sitting in a field, rifle in hand, and his return to America for the last time. There is no tidying up of the shameful and disgusting acts that are carried out in war, but with this unflinching honesty comes an unguarded look at the resilience of mankind, and the opportunity to improve.

The Things They Carried, Redeployment, and now Bring Out the Dog; war stories for your bookshelf that will last a very long time, and serve as reminders of what America was, is, and can still become. 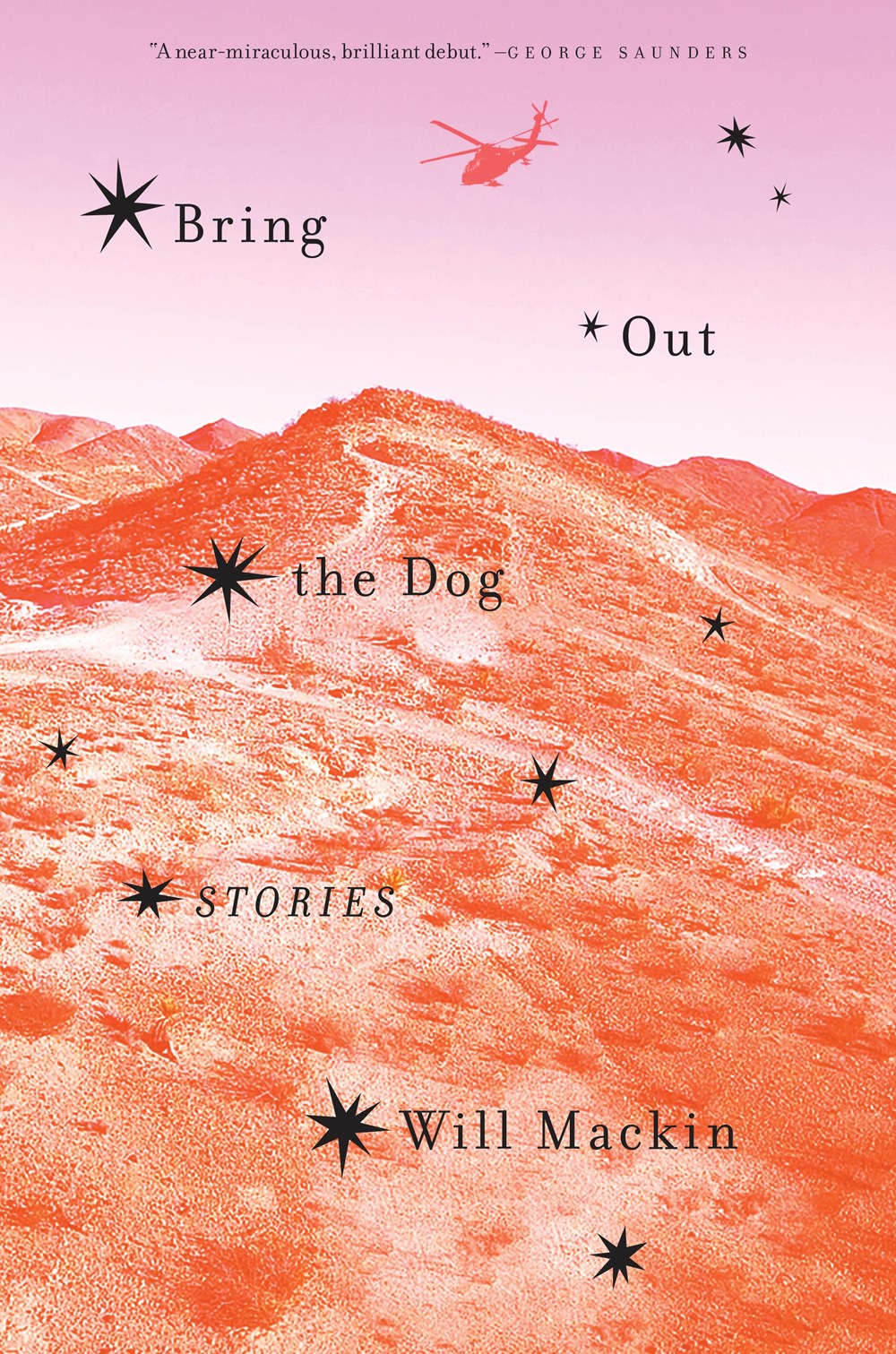 FICTION – SHORT STORIES
Bring Out the Dog by Will Mackin
Random House
March 6, 2018

Will Mackin is a veteran of the U.S. Navy. His writing has appeared in The New Yorker, GQ, The New York Times Magazine, and Tin House and has been anthologized in The Best American Short Stories 2014. Bring Out the Dog is his debut story collection.