Francisco Cantú on the Reality and Unreality of Borders

The fascinating and flawed women we so enjoy in fiction might not be much fun to spend time with in real life. Nearly all of the main characters of Jane Harper’s new Australia-set thriller, Force of Nature — a loose follow-up to The Dry — are more unpleasant than pleasant, more misbehaving than misunderstood. And you’ll enjoy the book a lot more because of it.

Harper’s setup is irresistible. Five hikers on a corporate retreat go into the woods together. Days later, four come out. What happened to the fifth? How were the other four involved in what happened? How does her disappearance relate, if at all, to an ongoing investigation led by Federal Police Carmen Cooper and Aaron Falk? Each answer leads to new questions as the story unfolds.

As the trend of “female-oriented crime fiction” rampages on, it has become abundantly clear that not all such thrillers are created equal. Plunking one complex female character at the center of a story otherwise populated by tissue-thin saints and shrews does no one any favors — least of all the reader. Harper avoids that trap by populating her story with a solid cast of women, each thoroughly realized.

All five of the hikers at the center of the story are women. Alice Russell is a sharp-tongued executive and loving mother who is eager to return to Melbourne in time for her teenage daughter’s award presentation. Jill Bailey is not just the company’s chairwoman but also the CEO’s sister. She’s a stickler for rules in some areas. . . but not all. Middle-management Lauren Shaw’s job performance has been slipping while she deals with crisis at home, and it isn’t clear whether her shared history with Alice is an asset or a liability. Beth and Bree are twins — identical but impossible to mistake for one another — both of whom work at the company but have little in common besides mutual resentment. Some of the women are mothers, some are not. Only two have wilderness experience. All have secrets in their past — and present — that they’d rather not reveal.

Force of Nature is only Harper’s second novel, but it clearly displays her background of more than a decade in journalism. Once the core players are introduced, the novel ramps up to a brisk, compelling pace with red herrings and revelations popping up regularly. Why did the company’s CEO take one of the hikers aside for a private conversation on the retreat’s first day? What does any of this have to do with a serial killer who was active in this very region, the Giralang Ranges, two decades before?

With an perfect balance between Falk and Cooper’s investigation into the hike’s aftermath and a succession of brief, electric scenes from the hike itself, Harper shows the dexterity of a novelist who can be trusted to lead you to an unforeseen but satisfying conclusion. You won’t regret putting yourself in her hands. 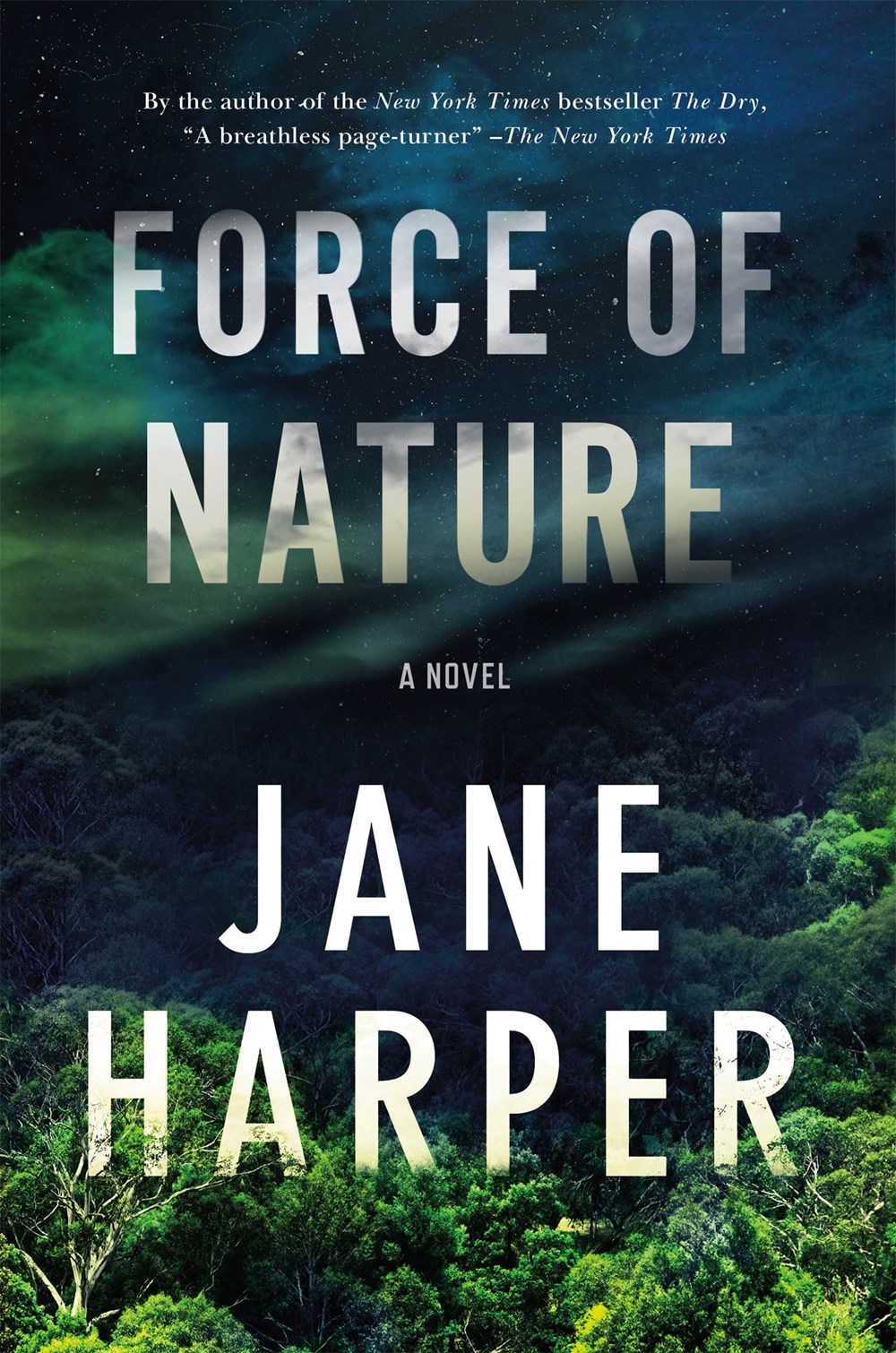 Jane Harper was born in Manchester in the UK, and moved to Australia with her family at age eight. She worked for several years as a senior news journalist for the Hull Daily Mail, and in 2011 took up a role with the Herald Sun in Melbourne. In 2014, Jane submitted a short story which was one of 12 chosen for the Big Issue‘s annual Fiction Edition. That inspired her to pursue creative writing more seriously, and that year she applied for an online 12-week novel writing course. She was accepted with a submission for the book that would become The Dry. Jane lives in St Kilda with her husband and daughter.

Magic and Momentum in “Hell Bent”