‘Force of Nature’ Is Even Better Than ‘The Dry’

Named after The Little Review — Margaret Anderson’s literary magazine founded in Chicago in 1914 — The Little Interview asks Chicago poets and writers about their reading, writing, and relationship with Chicago.

Will Boast teaches creative writing at the University of Chicago and English at the Joel Nafuma Refugee Center in Rome. Born in England, he grew up in Ireland and Wisconsin. His debut novel, Daphne, is a contemporary retelling of the myth of Daphne and Apollo where instead of turning into a tree, Daphne suffers from a rare medical condition. 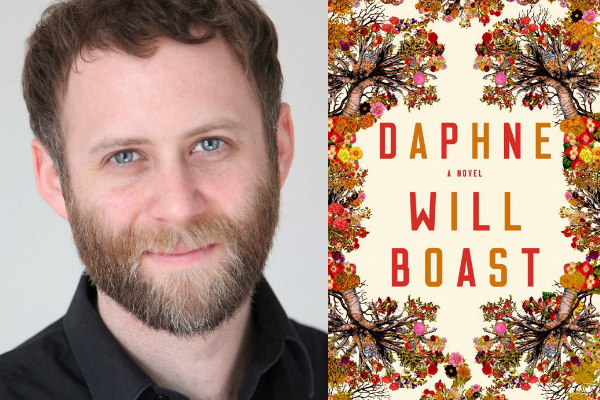 I went to undergrad at Knox College, “downstate” in Galesburg, and after graduation moved up to Chicago with friends. I stayed for a couple of years, sold drums at a music instrument shop, and played in bands before going back to school. After some time in Virginia, San Francisco, Berlin, the UK, and New York, I got a teaching gig at the University of Chicago in 2014. Since then Chicago has been “home base,” as I travel quite a bit, mostly to NYC, the UK, and Rome.

Nellie Hermann’s excellent 2016 novel The Season of Migration, about Vincent and Theo Van Gogh. A slightly dry, academic book about work, food production, and sex in ancient Rome. And Tears of Salt, a nonfiction account of the European migration crisis by a doctor on the island of Lampedusa.

Ah! A question fit to verge any writer into nervous breakdown territory! The short answer, for me anyway, is that you get so interested in (or obsessed with) a subject / idea / voice /character / premise / opening sentence / image / title / phrase / whatever that you hang with it through all of the distractions, setbacks, personal crises, and all of the other little germs of story that start to proliferate in idle moments.

But! The more specific history of Daphne…

Several years ago, I was at a dinner party — a group of us around the table cracking jokes. Every time we all busted up, the guy next to me, a friend of a friend, slumped in his chair. The laughter, he told me, was triggering his cataplexy. Laughter, anger, terror, surprise, disgust, ecstasy — whenever someone who suffers this (not uncommon) condition has a strong emotion, their brain shuts off their muscles. Attacks can be mild: drooping eyelids, head bobbing, knees going soft. Or severe: total collapse.

I was immediately fascinated. (We often talk about the connections between the psychological and physiological, but here they’re utterly intertwined.) I started researching, haunting chat rooms and seeking out more people who lived with cataplexy.

There was no cure. Some warded off attacks by becoming very muted emotionally, closed off to the world. Many were high functioning, but others found daily living a constant challenge, vulnerable as they were to the emotions that run through almost every encounter and experience.

Relationships, especially, could be difficult. One woman remembered trying to kiss her college boyfriend, and finding her jaw sagging and her tongue slurring. One man was so undone by happiness he couldn’t even look at photos of his wedding without having to get down on the couch. (He joked that he was “allergic to love.”) And I heard about others so wary of any kind of joy (or surprise, fear, anger, etc.) they barely even left the house. Yet, there were also many who led not just functional lives but rich, risky, and courageous ones.

Eventually, my obsession with cataplexy bled over into my fiction. When I told friends what I was writing about, they’d invariably say, “Well, of course.” And it’s true that my fascination with cataplexy came from a very deep place, which anyone whose read my last book, Epilogue: A Memoir, could probably guess at. I won’t expand on any of this here, only to say that cataplexy took many of the things I’d experienced and struggled with and almost literalized them. As I drafted the novel, the story evolved (most obviously, the main character became a woman), but in many ways it’s as autobiographical as Epilogue.

Oh, gosh, my answers are going to be fairly obvious, but Stuart Dybek’s The Coast of Chicago, Aleksander Hemon’s The Lazarus Project, and Rebecca Makkai’s The Hundred Year House are probably in a three-way tie.

Probably, in our mixed up society, every writer is under-appreciated, so I’ll just dodge that term here and mention a fantastic book on a great indie press: Paula Carter’s No Relation, a memoir told through brief, interlinked essays that addresses a subject too little discussed, the rapidly changing ways we formulate, perpetuate, and sometimes dissolve the concept we call “family.”

In my pajamas, I’m afraid. I used to go to coffee shops, etc, but they’re just too distracting, so I write at home. I think I went to Cafe Mustache once though.

I’m really looking forward to Ling Ma’s Severance, Crystal Hana Kim’s If You Leave Me, and Laura Adamczyk’s Hardly Children. It promises to be a great year for the Chicago lit world! 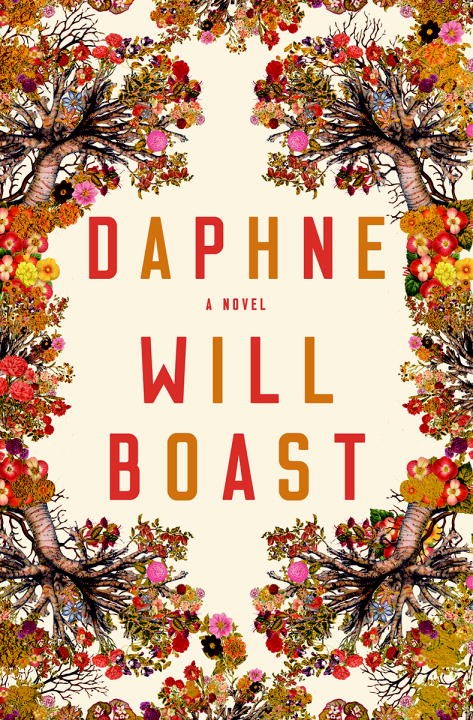 Will Boast was born in England and grew up in Ireland and Wisconsin. He’s the author of a story collection, Power Ballads (2011 Iowa Short Fiction Award), and a best-selling memoir, Epilogue (W.W. Norton/Liveright, Granta Books). His fiction, essays, and reporting have appeared online and in print in The New Republic, Granta, Virginia Quarterly Review, Glimmer Train, The American Scholar, and The New York Times Magazine, among other publications. His debut novel, Daphne, was published by Norton/Liveright and Granta Books in Feb. 2018. He teaches at the University of Chicago and the Joel Nafuma Refugee Center in Rome.