In a 2011 piece for NPR, Linda Holmes explains that “well-read” people can be placed into two categories: those who cull and those who surrender. The cullers sort out what’s worth their time, dismissing whole genres in order to consume as much as possible. Those who surrender accept that they won’t have time to read everything, but try not to let it affect their reading habits.

Zadie Smith’s book of newly collected essays, Feel Free, will appeal to both cullers and surrenderers alike. You can read through or skip around. The structure of the collection lends itself to this idea, since it’s divided into five sections: politics, film, art, books, and a grab bag category of sorts, titled “Feel Free.”

“Essays about one person’s affective experience have, by their very nature, not a leg to stand on. All they have is their freedom,” Smith writes in the forward. “And the reader is likewise unusually free, because I have absolutely nothing over her, no authority. She can reject my feelings at any point.”

In the essay “North-west London Blues,” Smith heralds the need for public libraries. With so many vital public spaces closing, the need for state-run institutions grows tremendously. “If the losses of private companies are to be socialized within already struggling communities,” she writes, “the very least we can do is listen to people when they tell us where in the hierarchy of their needs things like public space, access to culture, and preservation of environment lie.”

In “Optimism and Despair,” an acceptance speech that comments on the political nature of her work, she writes, “Things have changed, but history is not erased by change, and the examples of the past still hold out new possibilities for all of us, new opportunities to remake, for a new generation, the conditions from which we ourselves have benefited.”

On the turn of a dime, Smith shifts to film and technology, launching into a critical interpretation of the 2010 movie The Social Network and commenting on the so-called Generation Facebook. Weaving together passages from Zuckerberg’s New Yorker profile and the embedded philosophies of software via master-programmer Jaron Lanier, Smith ends on an eviscerating criticism of the social media-filled world we live in: “It’s a cruel portrait of us: 500 million sentient people entrapped in the recent careless thoughts of a Harvard sophomore.”

While most of this collection is topical, she still is able to incorporate her own interests and influences in an organic way. In an essay commissioned by the Kunsthistorisches Museum in Vienna, Smith frames her discussion of the painting “Alte Frau” by Balthasar Denner, with musings on the late John Berger. She explains how Berger’s TV series and text, Ways of Seeing, “urged us to throw aside the school-taught sensations of high-culture anxiety and holy awe. They were to be replaced with a fresh and invigorating mix of scepticism and pleasure.”

In a way, this sentiment applies to Feel Free as whole. Both Smith and Berger urge their readers to surrender commonplace notions of what it means to be well-read. Instead, they ask us only to remember that skepticism and pleasure should be involved in the consumption of art. In accepting this notion, there is freedom.

Whether you’d like to read about Get Out, Brexit, or global warming, you can trust that Feel Free will bring pleasure, contention, or some combination of the two. Why cull when Zadie Smith offers the perfect opportunity to surrender? 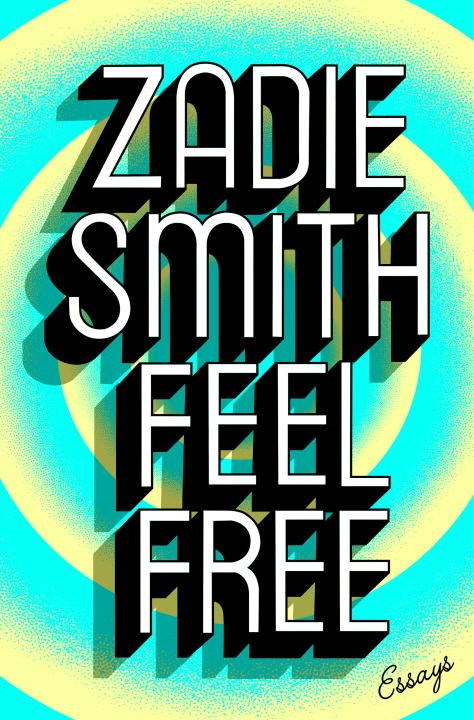 Zadie Smith is the author of the novels White Teeth, The Autograph Man, On Beauty, NW and Swing Time, as well as a novella, The Embassy of Cambodia, and a collection of essays, Changing My Mind. She is currently a tenured professor of fiction at New York University and a Member of the American Academy of Arts and Letters.