The Best New Books of February 2018

Like last year’s Autumn, Winter — the second book in Karl Ove Knausgaard’s seasonal and autobiographical quartet — is a series of meditations and letters addressed to Knausgaard’s unborn daughter, covering everything from dressing up as Father Christmas to toothbrushes and Q-Tips. But unlike his meandering autofiction, these books embrace brevity with charming results.

Knausgaard has been the talk of the literary world since the 2000s when his six autobiographical novels totaling over 3,000 pages — My Struggle — was heralded as a new Proustian masterpiece. However, he’s faced criticism for the way he treated his family (the subject of the series), as well as his purported self-obsession. With Autumn and Winter (not to be confused with Ali Smith’s ongoing series with identical titles) he has shifted his gaze from his own navel to the experiences, objects, and settings of daily life.

In the essay “Setting Limits,” Knausgaard struggles to get one of his daughters to sit down for lunch. After making her feel powerless, and potentially humiliating her, he opens up about his insecurities as a father, and sees a correlation with his own childhood. You might remember Knausgaard’s father as a major player in My Struggle, but instead of casting blame for his own shortcomings, Knausgaard shows a willingness to right past wrongs. He promises to hang paper lanterns in his daughter’s bedroom as an apology.

Unlike the long passages in My Struggle that ruminated on a single idea, the essays in this quartet each last only a handful of pages. This lightness of touch may surprise his longtime fans, especially considering the weight of some of the topics he covers in”Setting Limits, “Sexual Desire,” “Atoms,” and “The Brain.” But his ability to weave questions, reflections, and conclusions into such small spaces is often beautiful.

This succinctness is most visible in “Habits,” when he considers how often writers are asked about their routines. He wonders why writers do what they do, and why anyone else would care. Studying his own habits, he comes to a sharp conclusion: “[I]f habit is allowed into literature and not kept outside, it is no longer literature, merely still scaffolding around life.”

Not all of the essays hit the mark, and a few repeat themselves. It’s odd that the three pieces on snow — an obvious topic for a book titled Winter — are among the collection’s most frivolous. And in the essays on friends, Knausgaard fumbles through anecdotes without context. The results feel like an awkward party introduction of one old friend to another.

But the great essays excuse the trifles. The emotional depth of “The Nose” is baffling. “Hollow Spaces” will make you look around the room with new eyes. “Atoms” strikes fear and loneliness in an uncharted setting, and “Stuffed Animals” affirms that even today, the concept of a shared childhood still exists.

When reading these essays, I sometimes paused to ask if Knausgaard was pulling the wool over my eyes with the beauty his prose alone. But no, he doesn’t. While Knausgaard isn’t for everyone, Winter reaches at emotions and common experiences that lay dusty in all of us. Somehow, he’s distilled his trademark depth of thought and feeling into a commute-friendly series of fireside chats. 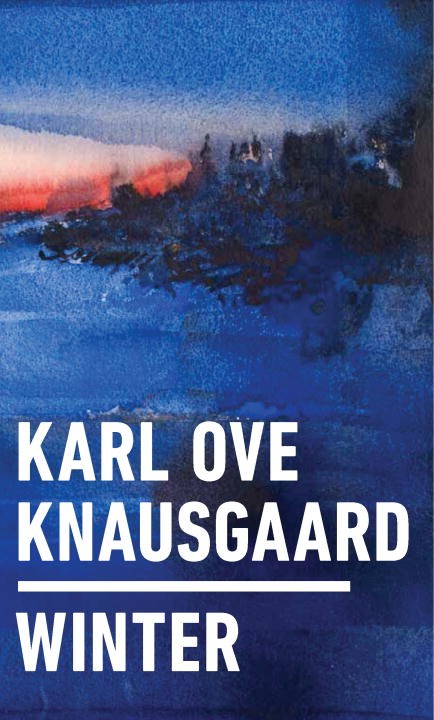 Karl Ove Knausgaard’s first novel, Out of the World, was the first ever debut novel to win the Norwegian Critics’ Prize and his second, A Time to Every Purpose Under Heaven, was widely acclaimed. A Death in the Family, the first of the My Struggle cycle of novels, was awarded the prestigious Brage Award. The My Struggle cycle has been heralded as a masterpiece wherever it appears.