‘The Sunlight Pilgrims’ Reminds Us to Look for Light Amid Darkness 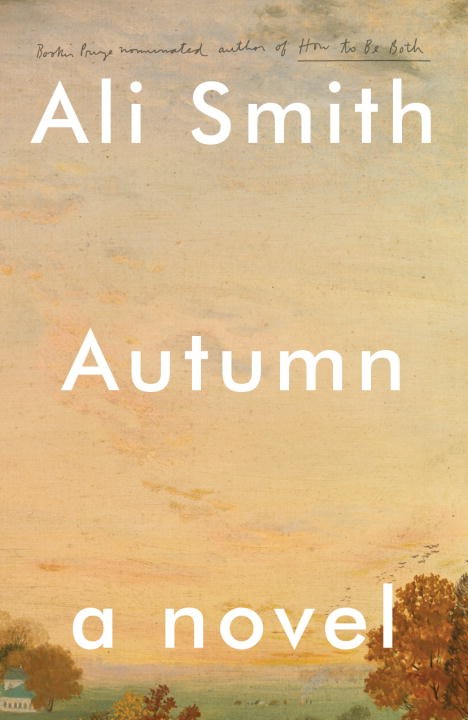 Since November’s election, American writers have exhibited a collective anxiety about the utility of creativity under Trump. What’s the use of writing your novel—or even writing about novels—while the US government’s current administration attacks the rights of its citizens?

Earlier this month, New Republic cultural critic Jo Livingstone ventured a provisional response to this question, suggesting artists and critics must carve out a space for dissent and play that is not beholden to the body politic.

“In this aesthetic space, the arts explore a less confined politics than the one that controls the state. The state is not the beginning, end, or the reason for this space.” Rather, Livingstone argues, such an aesthetic space is a site of constant negotiation, one that necessitates porous boundaries and a wily slipperiness.

Of all novelists working today, Ali Smith is perhaps the least interested in boundaries. Whatever walls critics throw up—between fiction and non-fiction, between present and past, between art and politics—she dismantles them all with glee. From internet subversive George in How to Be Both to the formally contrarian academic lectures collected in Artful, Smith’s body of work exemplifies what a rigorous negotiation between politics and aesthetics can look like.

Her latest effort, Autumn, is no exception. The first in a cycle of books named after the four seasons, Autumn addresses an unlikely friendship between next door neighbors Daniel and Elisabeth. Like all of Smith’s work, the book ranges formally and thematically, touching on everything from pop art to Brexit.

The novel opens on an elderly Daniel sleeping at a nursing home. Elisabeth, a plucky thirty-something art lecturer, reads to him from Huxley, Shakespeare, and Dickens. In a masterful early passage that echoes A Tale of Two Cities, Smith captures the fractious political climate of post-Brexit Britain. Of the June referendum, which signaled the United Kingdom’s split with the European Union, she writes:

Flashbacks give us the moment when Daniel and Elisabeth first meet in the mid-90s. She is still in grade school, longing for more attention from her single mother, while he, already well into his 80s, is a capricious former jingle writer and solitary figure of fascination. Their conversations spark with the strange, associative leaps made by all children and artists, making the two an odd but perfect fit. Daniel recognizes this at once. “The lifelong friends,” Daniel explains to young Elisabeth, shaking her hand, “We sometimes wait a lifetime for them.”

Like all good mentors, Daniel nurtures Elisabeth’s strengths and strengthens her weaknesses. “Whoever makes up the story makes up the world,” he tells her at one point. “So always try to welcome people into the home of your story.” For a young girl constantly confronted with how little agency she possesses, Daniel’s reminder is more than a pedantic platitude—it’s a way for Elisabeth to move through the world and own it.

Art, imagination, and memory are Daniel’s purview. Once upon a time, he loved Pauline Boty, a real figure in the pop art world of London’s Swinging Sixties. Her associative collages mark the experience of his illness, as Daniel dreams of shape shifting and his past. In one vision, he transforms into the body of his youth; during another, the pervasive scent of cleaning products in the nursing home makes Daniel feel as though his body is “shut inside something remarkably like the trunk of a Scots pine.”

Boty’s collages serve as narrative focal points throughout Autumn. They are how Daniel nourishes Elisabeth’s career in the arts, as well as the visual language of his illness. As Elisabeth researches her dissertation and waits for Daniel to recover, the bright colors of Boty’s paintings buoy her along. At one point, a fictionalized Boty even considers the colored circles of her own work: “A great many men don’t understand a woman full of joy, even more don’t understand paintings full of joy by a woman.”

Despite her background in art, Elisabeth is often depicted in the less forgiving realm of reality. She faces an endless bureaucratic grind, from the doctor’s office to the waiting room of the British Post Office. “HEAD INCORRECT SIZE,” writes a disgruntled postal worker on Elisabeth’s rejected passport application. “What size is my face meant to be?” Elisabeth retorts. In one of the novel’s more absurdist moments, Elisabeth butts up against a literal manifestation of anti-immigrant sentiment in her mother’s village: a fence that “encloses a piece of land that’s got nothing in it but…tufts of long grass, scrappy trees, little clumps of wildflower.” Like many gestures of power, the fence is useless except as a brutalist assertion of will. A “prison for trees,” as Elisabeth puts it.

Erected out of pure spite across the village’s common, the enclosure becomes a flashpoint for Elisabeth’s mother. She’s even arrested trying to destroy the fence’s electric charge with household objects purchased from a flea market. “I’m tired of being made to feel this fearful,” she laments to Elisabeth. “I’m tired of animosity.” And animosity lurks everywhere. As Elisabeth walks through the village after the referendum, she notes the racist graffiti that sprouted in its wake:

As she passes the house with GO and HOME still written across it she sees that underneath this someone has added, in varying bright colors, WE ARE ALREADY HOME THANK YOU and painted a tree next to it and a row of bright red flowers beneath it.

The playful response, which co-opts ignorance and fear into something almost beautiful, signals one of the larger mechanisms at work in Autumn. In many ways, Smith’s novel can be read as an argument that art matters—especially in times of political upheaval. Art can transform, talk back, and turn vandalism into a beautiful message. It connects historical and cultural moments that might otherwise be left untethered.

Because Smith’s argument is ultimately historical. Against contemporary horrors real and imagined, she points backward to both the Holocaust and the cultural and political upheaval of the 1960s. We’ve been here before, Smith seems to say. Here includes the deportation of German Jews, which deeply affected Daniel’s family. It also includes the toxic gender politics epitomized by an infamous 1963 British sex scandal known as the Profumo affair, which made its way into the work of none other than Pauline Boty.

Long since lost or stolen, Boty’s painting “Scandal 63” reinterprets a racy photograph of Christine Keeler, the teen model at the heart of the Profumo affair. While the men who took advantage of Keeler—more than twenty years their junior—have since been restored to the public eye, Keeler, in what is a familiar and predictable pattern, was never really welcomed back into the public’s good graces.

Smith wastes few of these tangents or points of connection; she is the master of spinning fine and intricate webs. Daniel and Elisabeth’s relationship is the positive foil to the generational and gendered abuses of power at work in the Profumo affair—the exception to what is so often the rule. It’s no accident, then, that Keeler’s ghost haunts this novel.

Like much of the literary work Smith references, like the lost and forgotten paintings of Boty, Autumn works convincingly as an aesthetic marker of political darkness and its repudiation. At once a brighter and more absurd world than our own, Autumn is steeped in puns and paintings and unlikely love stories. And like Elisabeth’s mother, stockpiling things to throw at the fence, Smith invites the reader to take what they need in order to mount their own defense of play, beauty, and the freedom to break down whatever wall stands in their way.

ALI SMITH is the author of Hotel World, The Accidental, and How to Be Both, which was a Man Booker Prize finalist and winner of the Baileys Women’s Prize for Fiction, the Goldsmiths Prize, the Costa Novel Award, and the Saltire Society Scottish Fiction Book of the Year Award.

Kristen Evans is a culture writer and content strategist with a background in non-profit development. You can find her work in The Believer, Brooklyn Magazine, The Los Angeles Times, LA Weekly, Literary Hub, and NYLON, among other outlets. Please talk to her about books on Twitter, where she spends too much time tweeting as @paperalphabet.