What Permission Do Poets Have to Tell Someone Else’s Story?

Thomas Pierce’s first novel, The Afterlives, has a unique fascination with death. At the opening, Jim Byrd, the thirty-year-old protagonist, suddenly dies from cardiac arrest. Jim, however, is only dead a few minutes before he’s revived. Jim tells his doctor, “While I was dead. I saw nothing. No lights, no tunnels, no angels. I was just gone. I don’t remember anything.” This realization—or fluke—causes Jim extreme anxiety. 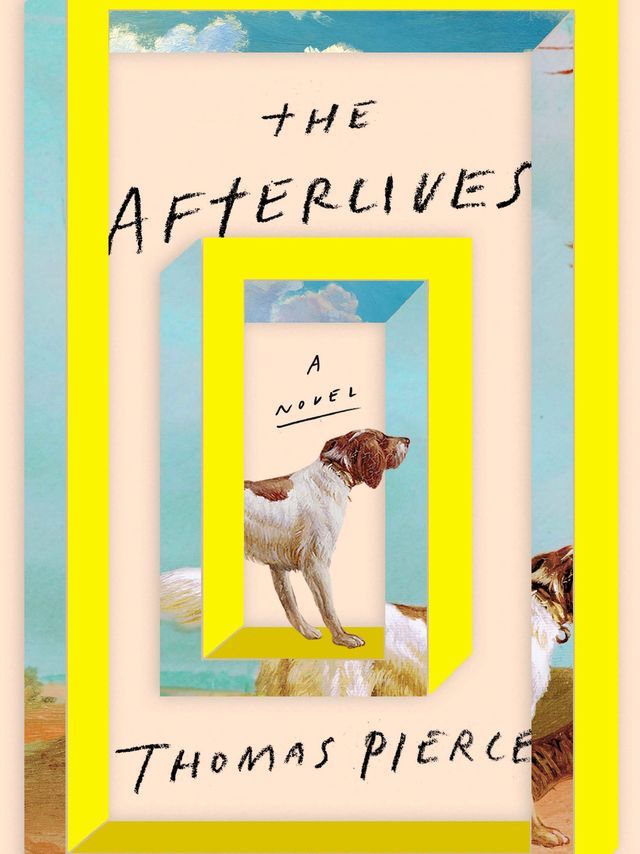 In fact, the thought of dying again causes Jim so much stress that he has a kind of defibrillator called a HeartNet, which syncs with an app so he can monitor the beating of his heart at all times, surgically inserted. But guess what? He still worries about dying:

“I’m not sure why, but I found it soothing to be able to look at it whenever I pleased. Sometimes, when I had trouble falling asleep at night, I’d turn up the volume and listen to my beating heart. Bringing home a puppy for the first time, they say it’s best to stick a ticking clock in the box because supposedly the sound reminds the dog of its mother’s heart and brings it comfort. I was kind of like that puppy. As long as I could hear my heart, I was still alive. I was still here. This—the possibility that, at any moment, I would cease to be here—was what made it so difficult to fall asleep, I think.”

The thought of immediate death haunts Jim, so he grows increasingly interested with the existence of the spiritual world to ease his fear. He begins to investigate a ghost who could be haunting a restaurant, he starts attending a strange place of worship that uses holograms as a part of its ministry called the Church of Search, and he becomes totally fascinated with a physicist/paranormal investigator’s “reunion machine,” which, by transporting people’s spirits through time, seeks to prove “that life did not end with the physical body, that consciousness might, in some form, survive the body’s death.”

Pierce uses humor to create an almost paradoxical sensation that affectingly pulses throughout The Afterlives. Jim’s story is funny because it’s so realistic, but it’s also so absurd that it’s impossible. The ghosts and holograms don’t tangibly matter—not in any way. It’s the thought of them—the very concept of their existence—that grabs Jim’s (and eventually our) curiosity.

While the novel remains comedic, a deep, philosophical sentiment also makes itself known in the novel’s second half. Pierce astutely asserts that reckoning with death and the afterlife shouldn’t be avoided because these two things are as essential to the human experience as the very act of living is. Jim’s father conveys this idea beautifully:

“You and me, we’re the same. Hyper-curious skeptics. An infuriating combination. I wish I could say you’ll find your way, but I’m not so sure. Look at me. I’ve figured out nothing. I’m constitutionally incapable of faith. I’ve always envied people who just believe in something, no questions asked. I look at your mother and I think she’s got it all figured out. Secret of the universe. It comes easy to her. Me, I wake up in cold sweats at night. I toss and turn. I don’t want to die, but then again, I don’t want to live forever, either. There’s no winning, is there?”

Death impacts the dead, for sure, but doesn’t death affect the living? We lose spouses and children. Death takes mothers and fathers. What about sisters and brothers? There’s hurt on both sides. There’s a genuine sense of pain—a strong, dire one—that Pierce captures in The Afterlives.

Jim says, “The barrier between heaven and earth is thinnest after someone close to you dies.” I think this much is certainly true. Life and death can’t be too far apart. I no longer wonder why so many of us are haunted by death. I just accept that we are—and that we always will be.

Bradley Sides is the author of Those Fantastic Lives: And Other Strange Stories. He lives with his wife in Huntsville, Alabama, where, on most days, he can be found teaching writing at Calhoun Community College. For more, visit bradley-sides.com.