In the 130 years since Emily Dickinson’s death, a certain perception of her has been crystallized in the literary consciousness — that of a strange, secluded cat lady; a willful virgin; an unorthodox and opaque aphorist.

I vividly remember the boys in my high school poetry class deeming her “too weird” for their taste, a taste that included appreciation for Bret Easton Ellis and Chuck Palahniuk. Something about her, rightfully or not, reminds one of creaky floorboards and unopened chests.

But what’s surprising about Dickinson is her purposeful eccentricity. “The white dress, the seclusion — it’s all deliberate,” she says with a glint in her eye in The Belle of Amherst, a one-woman play about the poet, currently being staged at the Court Theatre in Chicago’s Hyde Park.

William Luce wrote the play in 1976, originally for the actress Julie Harris, though in this incarnation Kate Fry is the one playing Dickinson, with a true vivacity for life. In a single set evoking a quaint bedroom, she speaks to the audience with eyes widening as she recollects especially exquisite (now there’s a word you can lift your hat to, as she often says) events from the course of her memory. 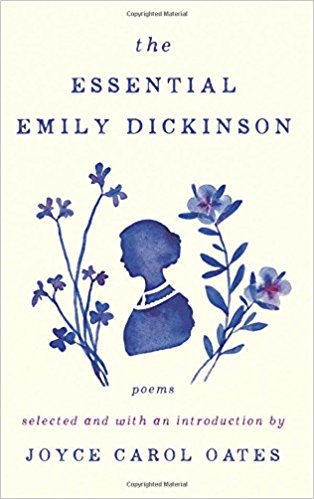 To be fair to her public image, Dickinson really didn’t have an especially exciting life: with a hardy spirit, she did generally stay indoors, baking cakes and writing poems late into the night. But to have her voice tell us, every morsel of enchantment could be wrung out from a single act.

She was a poet in the true sense of the word, in that poems could not help but spill from her. “I’ve never had to go anywhere to find my paradise,” she states, and you can’t help but believe her, and crave such a fruitful solitude. Dickinson was a rare soul truly content to be alone, and not forced into it by some spinsterhood. In fact, as she notes with a smirk, she had her fair share of suitors — many of them married.

Dickinson often skirts back in time to show us her young self, and Fry emotes these moments in dialogue with an imaginary other. She shifts her posture and tone to portray a younger Emily — one whose poems were rejected by the Atlantic for being too bizarre, one who was head-over-heels in love with a married man, one grieving for a dead father.

The range of times and moods Fry encompasses is impressive: she looks back on her younger self with the tone of an older woman who has come to terms with her ails and her plainness, relishing in her amusing anecdotes. For, as she muses, “It’s easier to look behind at a pain than to see it coming.”

I cannot help but compare The Belle of Amherst to another fictionalization of Dickinson’s life that was released earlier this year, Terence Davies’s film A Quiet Passion. I saw nothing of the vibrant Emily in that depiction — only a stern, righteous figure. There was joy, certainly, but it was nothing like this chatty girl in a woman’s body.

Whereas that film made me less inclined to read more of Dickinson’s poetry, The Belle of Amherst has inspired me to crack open a copy of her collected poems and relish in her off-kilter brilliance, for I see now that her poetry was not a reprieve for loneliness, but an instinctual outpour of her spilling soul. This is the play’s great accomplishment.