You probably did a lot of weird things in college, but I doubt you excavated the outhouse of an abandoned Victorian mansion in the woods. In Jeffrey Ford‘s new novella from Tor.com, The Twilight Pariah, that’s exactly what three friends do the summer before their senior year of college. This being a Jeffrey Ford story, they discover a baby skeleton with horns and a tail — not unlike one of Chicago’s oldest urban legends, the Devil-Baby of Hull House — and soonafter find themselves haunted by something old, deadly, and angry.

Publishers Weekly called it “a beach read for horror fans,” and while it’s certainly fast-paced and full of suspense, there’s a pretty sophisticated undercurrent of “class fear” at work, too: the protagonist’s conflicted feelings about his father, the students’ uncertainty about their future, the mansion’s role in town history, and the connection to Chicago’s real-life fear of working-class immigrants in the early 20th century.

Ford is the author of The Well-Built City trilogy (which changed my life and should be read by all) and one of the most prolific short story writers in SFFH. We chatted via email about The Twilight Pariah, horror, and the unique challenges of writing a novella.

Where did this story start for you? With the skeleton? With the house? 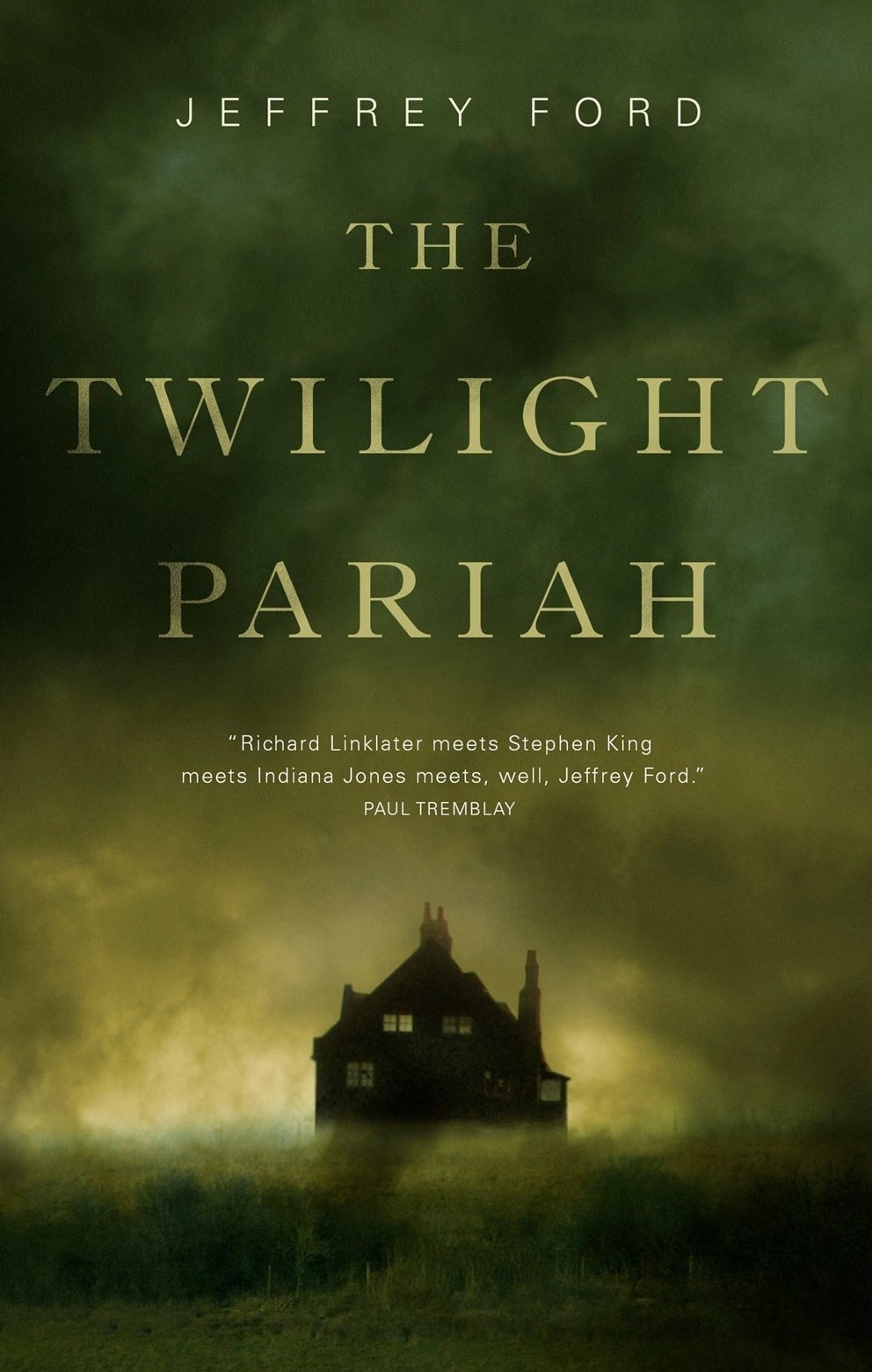 The earliest incarnation of it came from talking to a friend one day in his backyard in New York City. He pointed to a corner of the small yard and said, “That’s where an outhouse used to be.” He told me there was a group of young guys back in the 1950s or so who dug out a lot of the outhouses that had been in disuse and abandoned since the onset of indoor plumbing decades earlier.

He told me they were called “The Bottle Boys” and in their excavations, they uncovered all manner of mundane and fantastical treasures – everything from a glass eye to a rusted razor, false teeth to the remains of a baby. I looked into privy digging or privy diving after that and found it is a fairly common pursuit of those in search of treasures from years past.

How did you come across the Devil Baby of Hull House?

I was already using the idea of the Devil Baby to describe the birth anomaly in the story. So, one day I put that term into Google and it dredged up the tale of the Devil Baby of Hull House. Hull House was a charitable organization and place started by two women to help the indigent and/or immigrant populations in Chicago in the early years of the 20th century. A rumor got around in the neighborhood of the original Hull House that there had been a baby born at the place that had horns and hoofs.

One of the women who ran Hull House in later years [Jane Addams] wrote an article about it for The Atlantic. The main idea she tries to get across in the piece is that because at Hull House they were helping immigrants, the locals around the place who were not partial to newcomers, created in their own minds a connection between the devil and the immigrants. The Devil Baby scare spread far afield from Hull House in Chicago, across the country and popped up here and there for decades to come. A confabulation of class fear.

Why did you choose college-age protagonists for this story?

I intended to write a story that my freshman composition students might be interested in. I’m constantly making them write me stories. I thought maybe they’d like to read about kids who are just a little bit older than they are, a few steps further down the road but still not quite out in the real world. It was a first for me.

Do you often include elements in your fiction that scare or disturb you? If so, what were they in The Twilight Pariah?

I remember being young, the age of my characters and younger and I’d go with my friends to old beat-up places, run-down factories, abandoned bungalows across the bay, on the ocean, and being inside those places at night with just a flashlight was eerie. What’s at the core of the spiritual darkness in Pariah is a horrible cruelty to an animal, cruelty to an innocent. That’s scary, because I don’t understand how someone could consciously perpetrate that kind of act. That’s the unknown to me, hence frightening.

As a noted novelist and short fiction writer, how do you find the right balance for a novella? Is it more/less challenging, or just a different beast?

The novella is an unusual format for me. I’ve written long stories that were just on the verge of being novellas. In fact, I think they might have even been able to be considered novellas, but this book is a different animal. It’s more like a short novel. I think of novellas as a form of long story, not as a short novel.

Writing to the length of The Twilight Pariah was an interesting balancing act of more or less. All fiction writing is ultimately about more or less, because it deals with the revision process which is 9/10ths of the deal. You write a first draft, look at it and say to yourself, “Well, what do we need here? More or less?” Usually the answer is less, but sometimes it’s more.

Also, for some writers it’s one amount, for other writers it’s a different amount. More or less, though, is the big question in the high wire act of fiction writing. Too much and you fall off one side of the wire. Too little and you go off the other side.

"Love" in the Time of Capitalism