Emily Fridlund’s Short Fiction Is Even Weirder Than ‘History of Wolves’ (Yay!)

Rich Cohen’s odyssey as a life-long Cubs fan is defined by two ballpark memories from his childhood.

In 1976, his father — a Yankees fan — took him to his first Major League game at Wrigley Field. As if to prepare him for the lean years ahead, he watched the mighty Cincinnati Reds steamroll the Cubs, 8 to 3. As they left the park, the elder Cohen told his son not to root for the hometown team. “The Cubs do not win,” he said, “and because of that, a Cubs fan will have a diminished life determined by low expectations …. That team will screw up your life.”

“Of course,” Cohen writes in this insightful, poignant and immensely readable book, “this left me with only one option. I became the most diehard of diehards, a Cubs fanatic.” 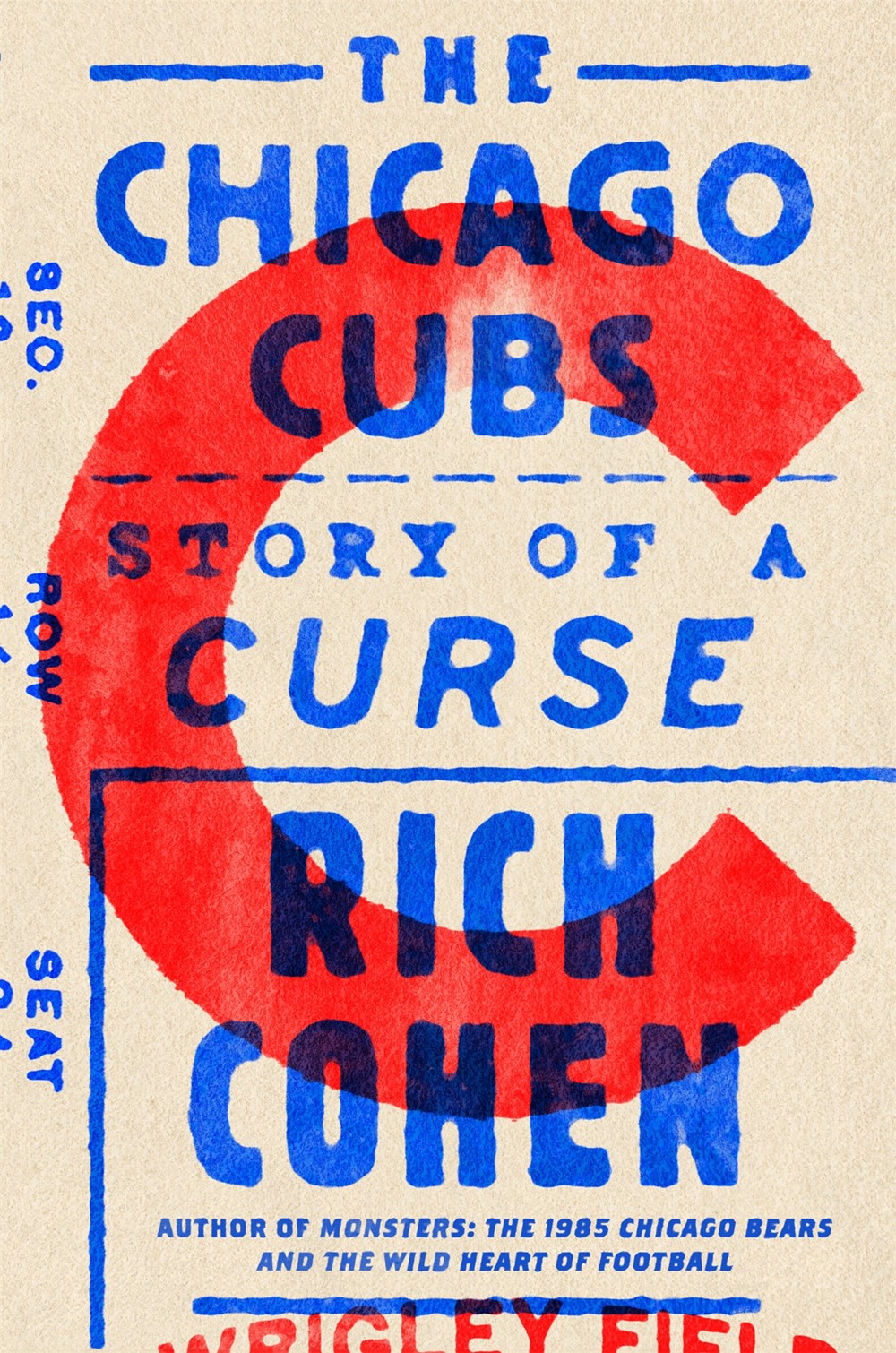 Cubs fans have to be diehards. Enduring a century plus a few years’ change between World Series titles demands nothing less than rock-solid loyalty and unshakeable hope. The Chicago Cubs: Story of a Curse celebrates the tenacity and spirit of those who endured good times and bad — mostly bad — before being rewarded with the 2016 Series title.

Cohen, a bestselling author who has chronicled such strange bedfellows as the Chicago Bears and the Rolling Stones, explores all things Cubs — the great players, the key games, the dashed hopes. And, of course, the infamous curse that may have been responsible for more than a hundred years of heartache.

Cohen is too level-headed to put much stock in curses, but there is plenty of evidence to suggest less-than-divine intervention. The tavern owner who swore the Cubs would never win, after his goat mascot was banished from Wrigley Field in1946. The black cat that crossed the diamond in 1969. The bad bounces that sank the ’84 team when it was on the verge of clinching a Series berth. The fan who interfered with a catchable foul ball in 2003, when the Cubs again came up short.

Curse or no curse, the Cubs’ long championship drought and the many defeats snatched from victory’s jaws created a mindset. Cohen likens it to a disease that infected players and fans. “I am fatalistic,” he writes, reciting the fans’ mantra. “I know how to live in the moment. I know how to enjoy what I can while I can because I know that disaster is coming.”

“No one here expects us to win, so we don’t,” former first baseman Mark Grace told Cohen during the 2000 season. Players accustomed to winning joined the struggling Cubs and settled for the role of “lovable losers,” pitcher Kevin Tapani admitted. “You catch it like you catch a cold.”

The disease and the curse were finally eliminated when stats-guru Theo Epstein, fresh from delivering Red Sox fans from purgatory, was hired as president. He cleaned house, rebuilt the roster and led the Cubs to victory.

Cohen has covered the Cubs for decades, for Sports Illustrated and other magazines, and shares his encounters with Ernie Banks and other legendary players. He recounts the glory years of the early twentieth century when the team dominated, winning a record 801 games between 1906 and 1913 and back-to-back World Series titles in 1907 and 1908. The infield combination of double-play specialists Tinker, Evers and Chance once again takes the field. He tells the beat-the-odds saga of pitcher Mordecai “Miner” Brown, who lost parts of two fingers in a childhood accident, developed an unhittable curveball and wound up in the Hall of Fame.

There’s even a story behind the team’s name. When an Irish sportswriter bought the franchise in 1905, reporters nicknamed them the Spuds. A Chicago Daily News editor, looking for a more dignified name that would fit the space allotted for a headline, rechristened them the Cubs.

Cohen brings a journalist’s detachment and a fan’s devotion to the book, a winning combination that explains how the Cubs overcame a century in the wilderness to reach the top of the game. It’s the perfect primer for fans, old and new, who are looking for the backstory as the team pursues a second World Series title.

The other vignette from Cohen’s childhood? When he was ten, his father arranged for them to meet manager Tommy Lasorda when the Dodgers were in town to play the Cubs.

Cohen was miffed because his dad insisted he remove his Cubs ball cap, as a gesture of respect. When Lasorda found out, he was miffed, too. No fan should hide or pretend to change his allegiance based on the company he keeps, he told Cohen’s father. “Your boy is loyal to his team. God bless him!”

Cohen and countless others have remained loyal to their team. And that kind of devotion, as all Cubs fans know, will withstand the test of time.

Dean Jobb teaches creative nonfiction and journalism at the University of King’s College in Halifax, Nova Scotia. His latest book, Empire of Deception (Algonquin Books), was the Chicago Writers Association Book of the Year and tells the stranger-than­-fiction story of 1920s Chicago swindler Leo Koretz. His new project recreates the hunt for a Canadian doctor-turned-serial killer who murdered four people in Chicago in the 1880s.

Rich Cohen is the author of the New York Times bestsellers Tough Jews; The Avengers; Monsters; Sweet and Low; When I Stop Talking, You’ll Know I’m Dead (with Jerry Weintraub); and The Sun & the Moon & the Rolling Stones. He is a co-creator of the HBO series Vinyl and a contributing editor at Vanity Fair and Rolling Stone and has written for The New Yorker, The Atlantic, and Harper’s Magazine, among other publications. Cohen has won the Great Lakes Book Award, the Chicago Public Library’s 21st Century Award, and the ASCAP Deems Taylor Award for outstanding coverage of music. His stories have been included in The Best American Essays and The Best American Travel Writing. He lives in Connecticut.