Electric Literature is doing something innovative and exciting right now with one of Chicago’s most prolific authors, Joe Meno. In the spirit of Charles Dickens — whose Victorian novels were once serialized in British newspapers — Electric Lit is publishing Meno’s new novella Star Witness in seven weekly “episodes.”

It’s about a missing girl in a small Midwestern town, and the adventuresome young woman, Shelley, who goes looking for her. There are shades of Twin Peaks, Stranger Things, and Farewell, My Lovely, and the atmosphere is bolstered by haunting illustrations (by Alix Pentecost Farren, seen above), some of them in-world, like Shelley’s doodles.

But why is Electric Literature — once known for its indie press book reviews more than anything else — publishing original, serialized fiction? And why is Joe Meno — the novelist behind The Great Perhaps (400 pages), Marvel and a Wonder (300 pages), and Hairstyles of the Damned (300 pages) — writing an experimental, multi-modal novella? 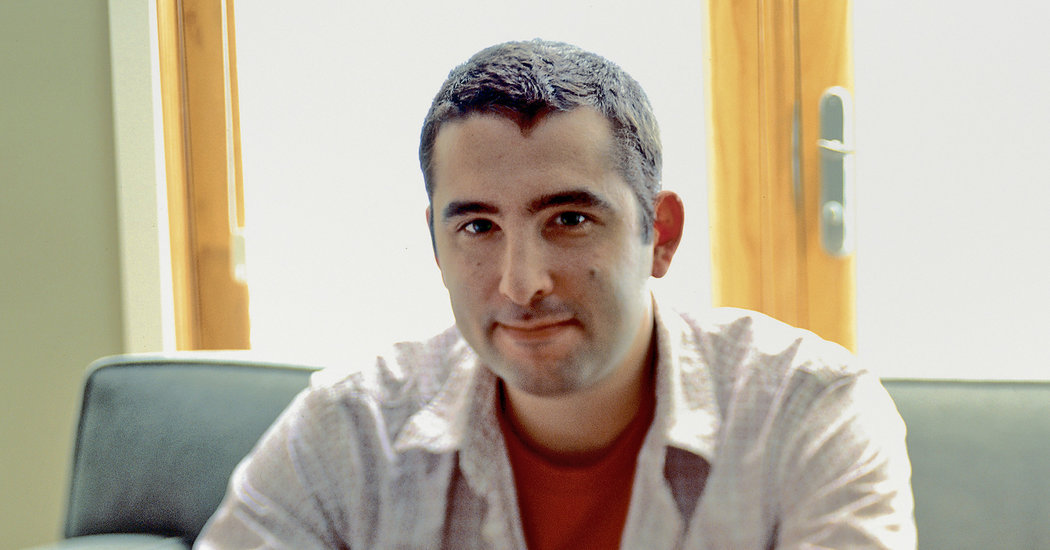 Adam Morgan: Of all possible paths to publication, why did you pitch this story to Electric Lit? Especially considering they’d never published something like this before?

Joe Meno: I conceived of it as a story that unfolded in short, self-contained parts, and so, even in the writing, I had already considered it as a serial or limited series. Electric Literature is one of my favorite literary institutions. I love how, unlike most literary magazines and publishers, they’ve embraced the possibility new technology can provide literature, without forgetting about the necessity of books and texts and good writing. The idea that literature should have a place in popular culture is also something we both share.

Adam Morgan: Why serialize the story with weekly releases? Was that part of the original pitch?

Joe Meno: I wanted to build something that felt almost like an object, something small, that you could carry around with you, and read in variety of locations, something even smaller than a book, something that felt momentary and brief, in the way that Shelley experiences these very brief moments of connection with the characters she meets.

For me there is also a relationship between the content and the form. Hairstyles of the Damned is about teenagers making mix tapes for each other, so the book mimicked that experience structurally. Marvel and a Wonder echoed hymnals and the Old Testament and the language and structure followed that. Star Witness is about the mysterious secrets we glean for other people in short, fragmentary moments, and so for me, it made sense that the story would be made available in short installments over a length of time, similar to how Shelley experiences those same moments.

Salvation Through Horror in “My Heart is a Chainsaw”

Adam Morgan: Given your long history in Chicago, why set this story in small town?

Joe Meno: The location for me always come out of the characters. I’ve set three novels in small towns in the Midwest and there was something about the distance and loneliness Shelley must negotiate that made sense for me that the story would be set in a rural location. There is a kind of quiet and solitude that is a tonal component of the story as well, the songs she sings to herself, as well as the other characters she meets

Adam Morgan: I’ve heard you say before that you try to do something completely different with every book/project. Why is that important to you? How is Star Witness a departure for you?

Joe Meno: I’m very interested in the future of writing. I am deeply committed to books and stage plays but I feel like the possibilities the internet and digital technology offer language and text are barely being explored or considered. The idea of doing a seven-part story that unfolds gradually, over time, over the course of a few weeks, then disappears, seems exciting to me. It also gets to a very human condition in storytelling–the fact that the stories we are told or are read to us are children are often momentary. We don’t carry those books around with us in physical form, but something about those stories transcend the limitations of being objects. Those stories become experiences, memories, they change over time. I think I was interested in creating something liminal like that.