Join Us for the First Annual “Halloween Affaire”

Welcome to August’s edition of “Dear Poetry Editor” at the Chicago Review of Books. This ongoing series offers an introduction to editors who shape the content in literary magazines around the world. This month we hear from Steve Castro, co-editor of Public Pool with DonCarlos Price, and the assistant poetry editor at decomP. His poetry is forthcoming in [PANK] Magazine Online; Plume; SurVision Magazine (Ireland); Phantom Drift: A Journal of New Fabulism; Forklift, Ohio and The Plume Anthology of Poetry 6 and has most recently been published in Green Mountains Review; The American Journal of Poetry; Verse Daily and Splendid Wake-up: a blog (the Gelman Library at George Washington University). He was born in Costa Rica and resides in Evansville, Indiana. Follow him on Twitter at PoetryEngineer. 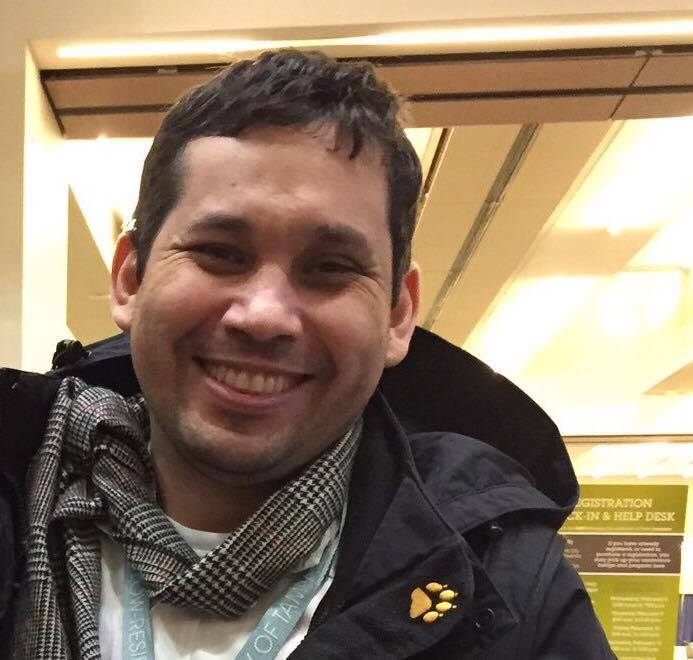 Billy Collins in answering the question “When did you first know that you were a poet?” asked by Emory University Vice President Rosemary Magee at Emory University’s Creativity Conversation (published on Emory University’s YouTube channel on March 2, 2012) replied, “When I got a phone call in 2001 from the Librarian of Congress saying you’re the Poet Laureate, I said, Okay, I’m a poet.”

I disagree with this. If you write poetry and you consider yourself a poet, you are a poet in my eyes. There is no laurel or crown or Pulitzer Prize or U.S. Poet Laureate title that needs to be bestowed upon an individual before they can be considered a poet.

I often hear individuals say, “I’m an aspiring poet.” To me, that means that said individual does not write poetry as of yet, but aspires to someday write poetry.

Of course, this is not what the individual means when they say that they are an aspiring poet. What they mean is that they aspire to write poetry at a high enough level where they will achieve a certain amount of fame to be considered a poet among the established poets.

Outside of the literary community a misconception about poetry might be that people of color don’t write much poetry. I was recently at a small used bookstore in New Harmony, Indiana, and every poet on that book shelf was white. I did buy Tony Hoagland’s Donkey Gospel, which I highly enjoyed, but I frequent a number of antique shops and small mom and pop bookstores, and the vast majority of the poetry books I see there, are books written by white poets.

Poetry for me is having enough life experience to be able to write something meaningful.

Pulitzer Prize winning fiction author, Robert Olen Butler, in an audio recorded interview conducted (on April 14, 2010) by Editor-in-chief Dylan Emerick-Brown of the now defunct online literary arts magazine, Splash of Red, talked about how many of today’s writers lack life experience. I agree with this 100%.

… and then they get a teaching job and somewhere along the line, they lost track of the way life is actually lived by people. You can see it in their work … sometimes their first book is based on their family or the people they grew up with, watching their parents or being a child or a young adult and there’s some kind of authenticity to it and the second one might be a derivation of that and by the time they get to their third book, they’re writing about a college professor having an affair with a student and then the next novel is a novel about a novelist … you just watch the career shut down and the life shut down.

I believe Mr. Butler’s words are incredibly accurate. By the time I took my first ever poetry workshop when I was 30 years old, I had already walked on four continents, which included me spending a year living and working abroad, i.e., six months in the Middle East and six months in Western and Central Europe. Mr. Butler mentioned that when students came into his office asking for advice, he would recommend The Peace Corps.

I remember during a poetry workshop I took when I was 31 years old, a 19-year-old poet (an English major) told me his goal was to get into an M.F.A. creative writing program right after he earned his Bachelor’s. I tried to discourage him from doing so. I told him that he needed some life experience to write and that he should take some time off after earning his B.A. and get a full-time job somewhere or travel for a year or so. Younger poets tend to get mad at this, thinking that I’m discouraging them from pursuing their dreams, when I’m in fact trying to help them become a better poet than they would ever be stuck inside of the academia sandbox.

Strange Realities in “The President and the Frog”

I believe that the perception people have of Public Pool is that of our motto ONE SPACE FOR ALL POETS. The reason I say this is that we accept poets who then inform us that it’s their first publication or that it’s the first poem they’ve published in twenty years. So, there is a sense of inclusion. People feel that it’s realistic to be published in Public Pool, and we attract many unpublished poets or poets with minimal publication credits.

We also feel people greatly enjoy our aesthetic and we are highly respected for our poetry content. We made Entropy’s 2016 list of best journals & magazines, which is a great honor. The Poetry Society of America recently included Public Pool in their Site Visits Features, which features interviews with editors of quality online literary journals. Editors of two literary journals, Drew Scott Swenhaugen of Gramma and the editors of Pinwheel, named Public Pool as one of their go-to lit. journals in their Poetry Society of America interviews.

No. Not to say that there are not things on a personal level or as a poetry editor that I should not have published, only that there is no shame or regrets in anything that I’ve ever published.