When Chicago Sentenced an Innocent Woman to Death 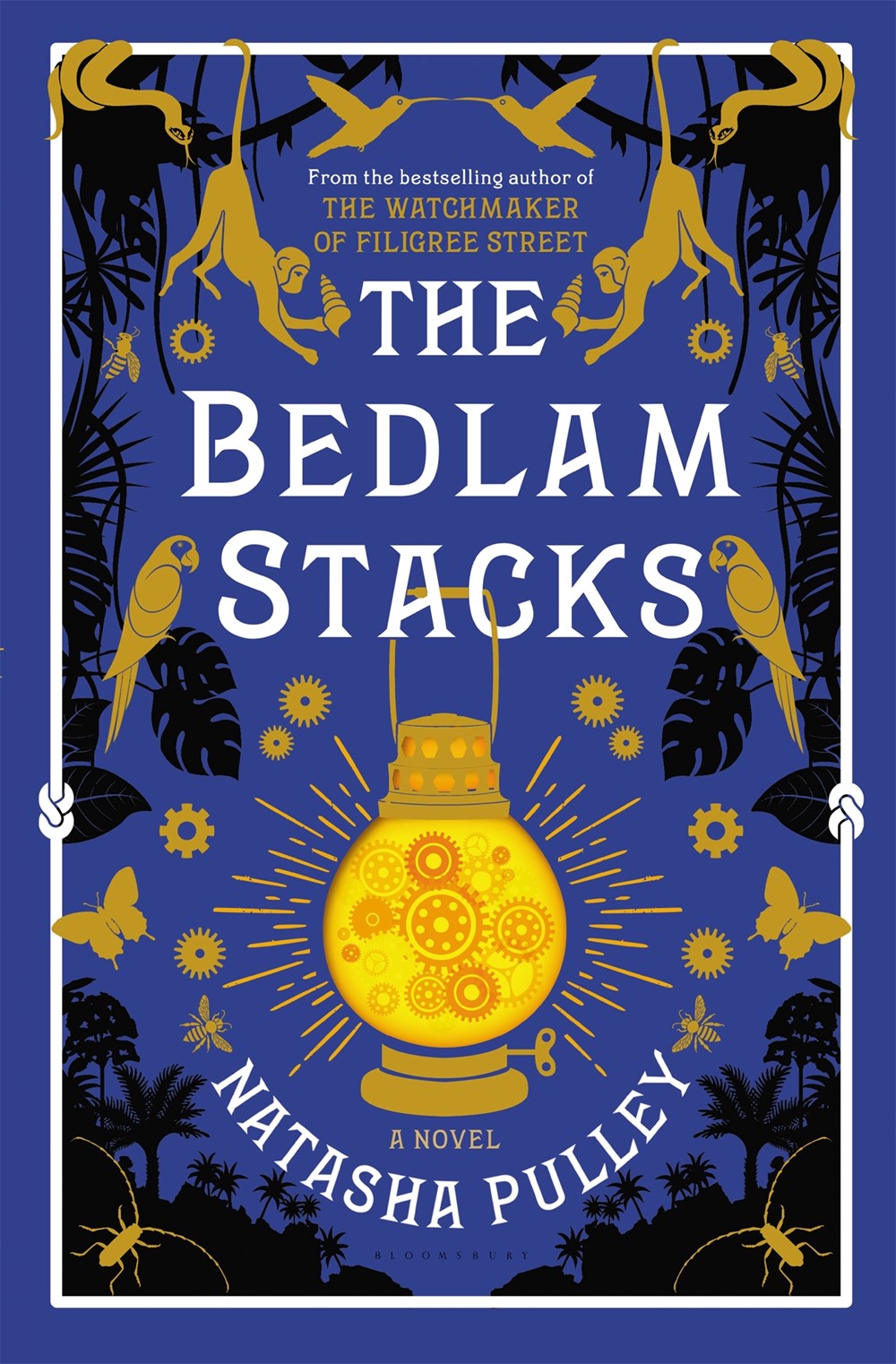 Natasha Pulley’s new novel The Bedlam Stacks is part adventure story, part meditation, and all richly imagined dreamscape. Fans of her first novel, The Watchmaker of Filigree Street, will want to follow reluctant explorer Merrick Tremayne from his Cornish family estate across the ocean to 1850s Peru, deep into a forest like none other you’ve ever known. Pulley’s story reaches across the years and miles to reflect on the nature of time, myth, magic, and above all, what makes us most human.

I caught up with Pulley to discuss what inspired her new novel, how she researches and writes alternate history, why her second book was written with a “healthy level of paranoia,” and her favorite recent reads.

Greer Macallister: I was struck right off by the physical presence of this book. It’s heavy and substantial, with no dust jacket, and it’s a cutout hardcover, which you don’t see much these days. It just feels wonderfully old-fashioned and that feeling works so well with your story. I’ve talked to authors everywhere on the spectrum from those who have a complete, inflexible vision for their book’s cover to those who just say yes to what their publisher presents — where do you fall on that spectrum? What was the cover design process like for The Bedlam Stacks? 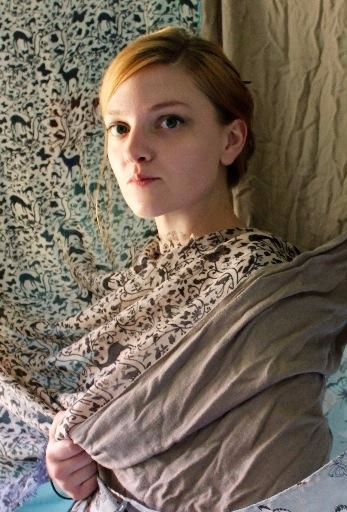 Natasha Pulley: With the first book, I just nodded. With this one, I got a tiny bit of input for which I am going to take roaring credit: I wanted bees on the front. Wouldn’t be the same without the bees! The designer is a magician called David Mann.

Greer Macallister: It’s magical on the outside and inside both! Your first novel, The Watchmaker of Filigree Street, was extremely well-received — the New York Times called it “intricate, charming and altogether surprising.” Was it harder to write your second novel with the success of the first already out there? Or did you already have your second novel well underway before your first was published?

Natasha Pulley: The first draft of this one was written at the same time as Watchmaker, so the skeleton of it was there, for sure. But I was aware that there was a bar to hit after Watchmaker did well, and I did go completely to pieces with Bedlam the following winter. It was rewritten three times. That was a good thing in the end, though. A healthy level of paranoia makes you a bit more thorough.

Greer Macallister: Agreed. Can’t argue with results. The setting for your story is 19th-century Peru, but not exactly the historical Peru. Your version is an imaginative wonderland with exploding trees, pollen lamps, the glass stacks of the title, and statues that aren’t what they seem to be. Did the setting come first, or the characters? Were there any real-life historical details or accounts that inspired you?

Natasha Pulley: Character came first. All I knew at the start was that I wanted to write about a man who lived in a forest. It became Peru once I’d read Clements R. Markham’s account of his expedition to smuggle quinine out to Ceylon. Loads of it is honest history. Markham, who’s in the book, was real; so was Don Martel, and it’s true that a man with a rifle followed the expedition into the mountains and threatened them. It’s true that a lot of local people who tried to help British smugglers were killed; Charles Backhouse did disappear, too, and so did half a Peruvian regiment who went looking for him in the forest.

The whole mythology of the markayuq is a real mythology, Incan and pre-Incan. You can still find them dotted around the Peruvian highlands. Andean people really did keep notes on knotted strings called khipu. There’s a big debate about whether or not it’s writing; there are only about eight hundred of these documents remaining (archaeologists keep digging them up from tombs though) and about two thirds are clearly numeric. Nobody knows what the other third says. If you want to know more about them, a scholar called Gary Urton has a couple of fantastic lectures up on Youtube.

Greer Macallister: You weave the fact and fiction together so beautifully, I had no idea. I also wondered at what point Merrick came into the picture. At first blush, you don’t seem to have much in common with your protagonist. He’s a badly injured former opium smuggler traveling halfway around the world on a near-impossible mission in 1860, and obviously, you’re a young woman who lives in the present-day, modern world. How did you find your way into Merrick’s point of view?

Natasha Pulley: It’s not hard to imagine someone else’s point of view — we’re all humans. I think nine tenths of the things we worry about and think about could apply to anyone in any time, of any gender, and writers have an obligation to talk about the nine tenths, given the massive, horrible overemphasis there is in the rest of life on the one tenth that is to do with your plumbing or your other incidental particularities. I was trapped at home for a long time with no money; I’m not bad at languages; I’ve never been married and I can’t really imagine that it will ever happen for me. Merrick is the same.

Greer Macallister: That’s a fascinating way to look at it — the “nine tenths” idea particularly. Thanks for that. Can we talk about research next? Most of the historical novelists I know put a high premium on doing their research, and I wondered, is this process different for you as you’re writing historical fantasy? Do you feel less constrained by the facts of what’s on the historical record, given that your world is a highly imaginative and unusual one?

Natasha Pulley: I do a lot of research, mainly to find out where the gaps in the records are so I can fill them up with imaginary stuff. I was pretty strict about it in Watchmaker; Bedlam, though, is alternative history from about two thirds of the way through, because in real life, Markham’s expedition failed. But everything else is as accurate as I could make it, because writing fantasy isn’t an excuse for writing mistakes. If you change something, there has to be a reason!

Greer Macallister: Yes! Imagination is no excuse for inaccuracy. As a last question, I’m curious to find out what you’re reading right now. Any books you’ve read in the past year that you think are deserving of more attention than they’ve received so far?

Natasha Pulley: Right now I’m reading The Name of the Rose and loving it. I’ve also just read The Joyce Girl, by Annabel Abbs, which is brilliant. It only came out in June, but I’m hoping it will get all the attention it deserves. The Witchfinder’s Sister by Beth Underdown is lovely too, and the hardback is beautiful — that’s for anyone interested in the seventeenth century witch-hunting craze. In the same vein (I love creepy stories) is The Silent Companions by Laura Purcell, which is about an old Victorian house and some strange wooden figures that seem to move around there. The best thing I’ve read all year is Conclave by Robert Harris — but he’s got plenty of attention already!

Time is a Fantasy in “The Memory Theater”