In ‘Whiteout,’ a Poet Follows Her Uncle’s Ghost Into the Mountains 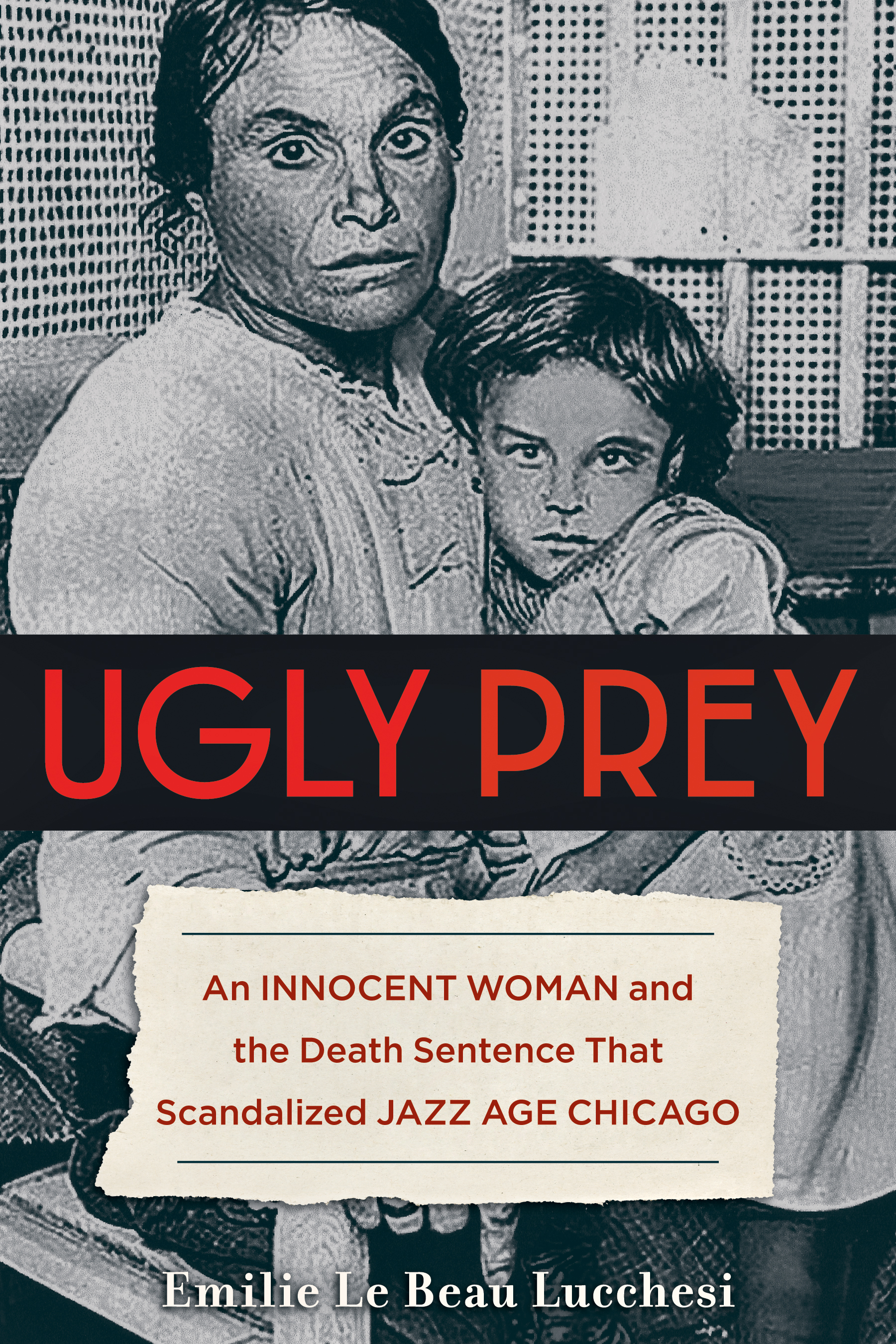 Sabella Nitti was an Italian immigrant sentenced to die in Chicago in 1923 for the murder of her missing husband. There was no motive, no evidence, and no positive identification on the decayed corpse found in a Berwyn sewer. But, says the author of a new book about Nitti’s case, prosecutors wanted an easy win and they were able to convince juries that Sabella was a cold-blooded killer.

Emilie Le Beau Lucchesi’s Ugly Prey: An Innocent Woman and the Death Sentence That Scandalized Jazz Age Chicago shows how important the court of public opinion was — and, perhaps, still is — to the outcomes of our city’s criminal courts. Nitti’s real crime, Lucchesi says, was that she wasn’t pretty enough to be innocent.

Nitti’s trial occurred at a time when a slew of female defendants went in front of all-male juries for the murder of their boyfriends or husbands. Lovely women were quite successful in charming their way into acquittals. “Cook County prosecutors were frustrated, and in Sabella Nitti, they saw a famished, hardened woman who juries would see as foreign and dangerous,” Lucchesi says. “To them, she was easy, ugly prey.”

I talked recently with Lucchesi about her debut book and the not-so-attractive mirror it turns on Chicago history.

Lori Rader-Day: You compare Sabella Nitti to some of her contemporaries, who were used as models for the glamorous—and guilty—“jazz killer” women in the musical Chicago, and you don’t pull any punches with that title, Ugly Prey. In your research, what did you discover about how Sabella’s looks played a role in her trial? 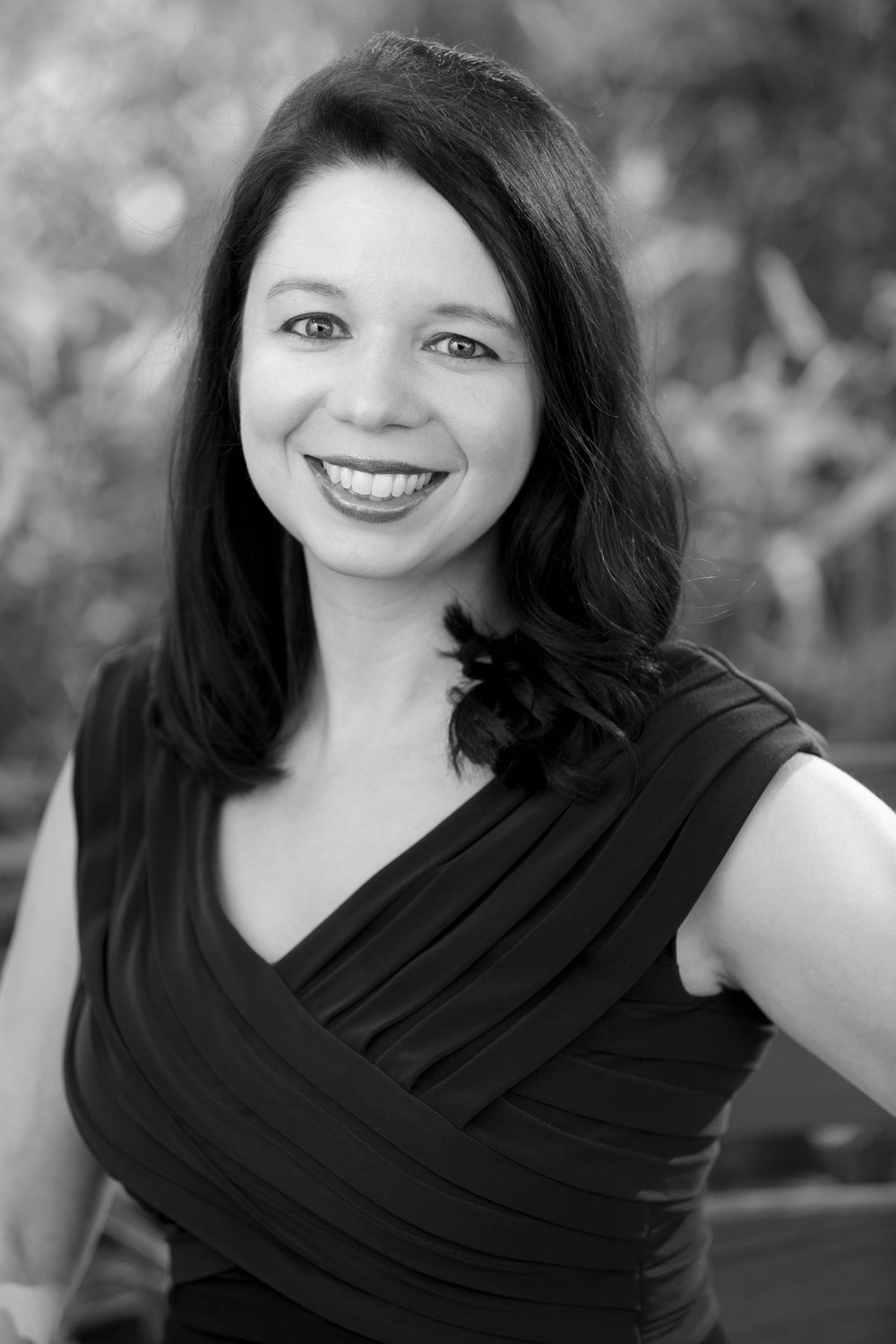 Emilie Le Beau Lucchesi: I found that looks could kill! Sabella was perceived as ugly, but more importantly, she was cast as foreign and unfamiliar. Prosecutors relied on a longstanding stereotype in which Italian women were seen as hypersexual. (This stereotype continues today and is unfortunately shared with several other ethnicities who are seen as “spicy,” “hot,” or “exotic.”) The prosecutors concocted a nonsense story in which Sabella was having a steamy affair with her 22-year-old farmhand. They argued to the jury that Sabella and her codefendant schemed to kill Sabella’s husband so they could be together. I saw no evidence of an affair in my research. The prosecutors drilled into the jury the notion that Sabella was a sexual fiend. They urged the jury to not “think of her as a woman.”

Her lovely contemporaries received very different treatment. Two of these ladies, Belva and Beulah — who inspired Velma and Roxy in Chicago — were having affairs with the men they killed. But as beautiful American-born women of a certain class, they were exempt from having their sexuality used against them. Beulah Annan, the woman who inspired the character Roxy, actually invited her illicit boyfriend over to her apartment while her husband was at work. Together, they drank a gallon of wine and then got into a deadly argument. She was wearing only a nightie when she was arrested, yet she escaped sexual condemnation.

So it wasn’t just that Sabella was ugly, it was her foreign appearance that pushed her into a deeper layer of judgment from which her contemporaries were spared.

Lori Rader-Day: The juries would have been all men (Illinois didn’t allow women on juries until July 1, 1939) but the jury of public opinion was a little more balanced, gender-wise. What did other women think of Sabella?

Emilie Le Beau Lucchesi: Women in Chicago were highly alarmed. The newspapers had been very clear in labeling Sabella a “monkey” and a “crouching animal.” She was described as old and ugly, but many readers saw her as abused. Many women in Chicago felt because men wrote and enforced the laws, all women were vulnerable to mistreatment. With Sabella’s case, they wondered, is this the new norm for women who are seen as unattractive? Old? Foreign?

That said, not all women were critical of the system. Genevieve Forbes was a reporter for the Chicago Daily Tribune who urged readers to see Sabella as a dangerous, hideous killer. She likely planned to be front and center for the execution.

Lori Rader-Day: After a first disastrous trial, Sabella got some help from a lawyer who was a woman. Tell us about her and her relationship with Sabella.

Emilie Le Beau Lucchesi: Helen Cirese was a beautiful young attorney from Oak Park. At the time, she was 23 years old and a recent law school graduate. She was struggling to find work as an attorney—no law firm wanted her. She was of Sicilian heritage and she sensed the bias that Sabella was experiencing both as a woman, but also as an Italian immigrant.

Cirese rounded up a team of six attorneys who took on Sabella’s case on appeal. Cirese then gave Sabella a makeover while they waited for the Illinois Supreme Court to review her case. It was brilliant strategy. Cirese never hid from the press that she was beautifying Sabella. She simultaneously criticized and manipulated the system.

Interestingly, Cirese knew that beauty was both survival and a hindrance. The men in the legal community saw her as a beautiful young woman from a good family and they wondered why she was wasting an opportunity to marry a good man.

Lori Rader-Day: Why should we care about Sabella’s case after all this time?

Emilie Le Beau Lucchesi: When I first pitched the book to my editor, I was very interested in celebrities who had been convicted of crimes but had long escaped scrutiny due to their public image. One of my examples was Jared Fogle, the former Subway spokesman. He is currently serving time in a Federal prison for child pornography—but it took the FBI years to get him.

Fogle demonstrates how we still suffer from the idea that evil is visible. With this thinking, we are leery of people who are unfamiliar, and then we are blindsided by those we admired or trusted.

Sabella was foreign and unfamiliar. She was branded as an evil threat. Yet it was the women who were most admired, Belva and Beulah, who were actual menaces to society.

Lori Rader-Day: How did you first become interested in Sabella Nitti? How do you find the untold stories of women in history that you want to write about?

Emilie Le Beau Lucchesi: I first saw Sabella’s photo in a 2010 book called The Girls of Murder City by Douglas Perry. He focused on Maurine Dallas Watkins, the reporter who covered the famous 1924 trials and was inspired to write the play Chicago as a result. Sabella had a few mentions in the book along with the photo we used on my cover. I was struck by the photo. I didn’t see Sabella as a dangerous or violent criminal. She seemed scared and vulnerable to me.

Part of the reason I wanted to learn more about Sabella was because her story was long overshadowed. I also wanted to tell her story because I felt it was an important piece of Italian American women’s history.

Italian American women’s history is difficult to research, particularly for the early twentieth century. It was considered a virtue for women to stay at home, and many Italian American women during this time were illiterate, which means there isn’t a paper trail for a historian to follow.

I depend on the paper trail—court records, transcripts, diaries, letters, and vital records. As a historian, I need to verify and document every detail in my book. Often in women’s history, I’m missing the day-to-day aspect of the woman’s life.

Sabella’s story had the documents I needed to piece together her life on the farm, consider her immigration experience and expand it to think of other Italian American women.

Lori Rader-Day: As you research, how do you try to balance out how women’s stories have been silenced?

Emilie Le Beau Lucchesi: It’s interesting because when it comes to biographies, stories about everyday women can be difficult to achieve simply because the paper trail doesn’t exist. But when it comes to major historical events —crime, war, natural disasters, health epidemics—the paper trail is readily available. Historians simply don’t widen their viewpoint in order to consider the women’s perspective.

Case in point: my second book is on the women connected to the famed Leopold and Loeb killing of Bobby Franks in 1924. The two killers were University of Chicago students who killed a 14-year-old boy for “the thrill of it.”

History loves this story. It’s been in books, documentaries, and stage plays. Yet it’s always the same people profiled, primarily the lawyers and police. But step back, widen the lens, and there was a host of women involved. They were witnesses, family members, and friends. Their involvement deepens the story in ways history never realized was possible.

When I was researching the book, I’d go to special collections to see archives and the librarians would always direct me to the Leopold and Loeb files but then mention how several books had already been written on the subject. And I’d respond, “No, that was one version.”

In history, we have a tendency to prioritize the male perspective. My work is a correction of sorts. Not only do I widen the lens, but I privilege the female memory. In my work, if there is a confusion about a date or a contradiction about a sequence of events, the woman’s statement wins out.

Lori Rader-Day: What are you working on now?

I’m on schedule to begin writing my third book in late summer, Don’t Worry about Me: Dorothy Still and the Navy Nurse POWs of WWII. Dorothy Still Danner was held in captivity in the Philippines with 10 other Navy nurses. She nursed throughout her captivity. Readers will absolutely adore her. The title comes from a telegram she sent to her parents right before her captivity saying not to worry about her. Of course, there was great reason to worry! She spent three years in a POW camp.

There are some great books about the nurse prisoners of war, but rarely does a book focus on one individual nurse and her experience. The experiences of men who were POWs have been isolated and elevated and I’d like to do the same for a female POW.

I’m also piecing together the story of a Chicago woman who drowned her infant in 1929 due to postpartum psychosis. I’m in contact with one of her granddaughters, which is very helpful. But I have to see what court records exist and if it’s possible to tell the story. I’m drawn to this story because we rarely see mental illness included in women’s history.