‘A Man of Shadows’ Is An Immersive Sci-Fi Murder Mystery 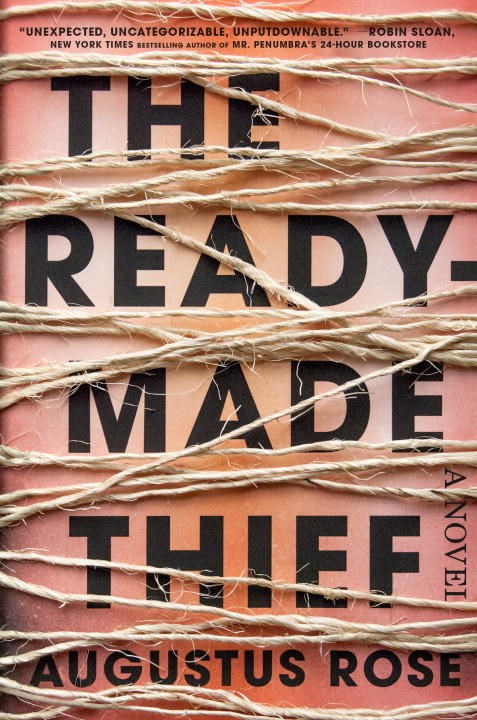 Lee Cuddy is seventeen and on the run. From whom, she’s not certain. But one thing she knows is that her fate is intertwined with Marcel Duchamp and the mysterious society that seems to worship his work. Flitting from one abandoned Philadelphia landmark to another, she must decide who she can trust and who is simply using her to get one step closer to immortality. In his debut novel, the Chicago-based author Augustus Rose weaves together a plot full of mystery and art, poising The Readymade Thief for a spot on every bookshelf.

I spoke with Rose about his debut, and he had a lot to say about the way art informs his fiction, how research goes hand-in-hand with writing, and his long-time love affair with Marcel Duchamp.

Sara Cutaia: It’s clear that you’re an art fan, and I’d wager especially a Duchamp fan. How do you channel your appreciation for visual art into your writing? 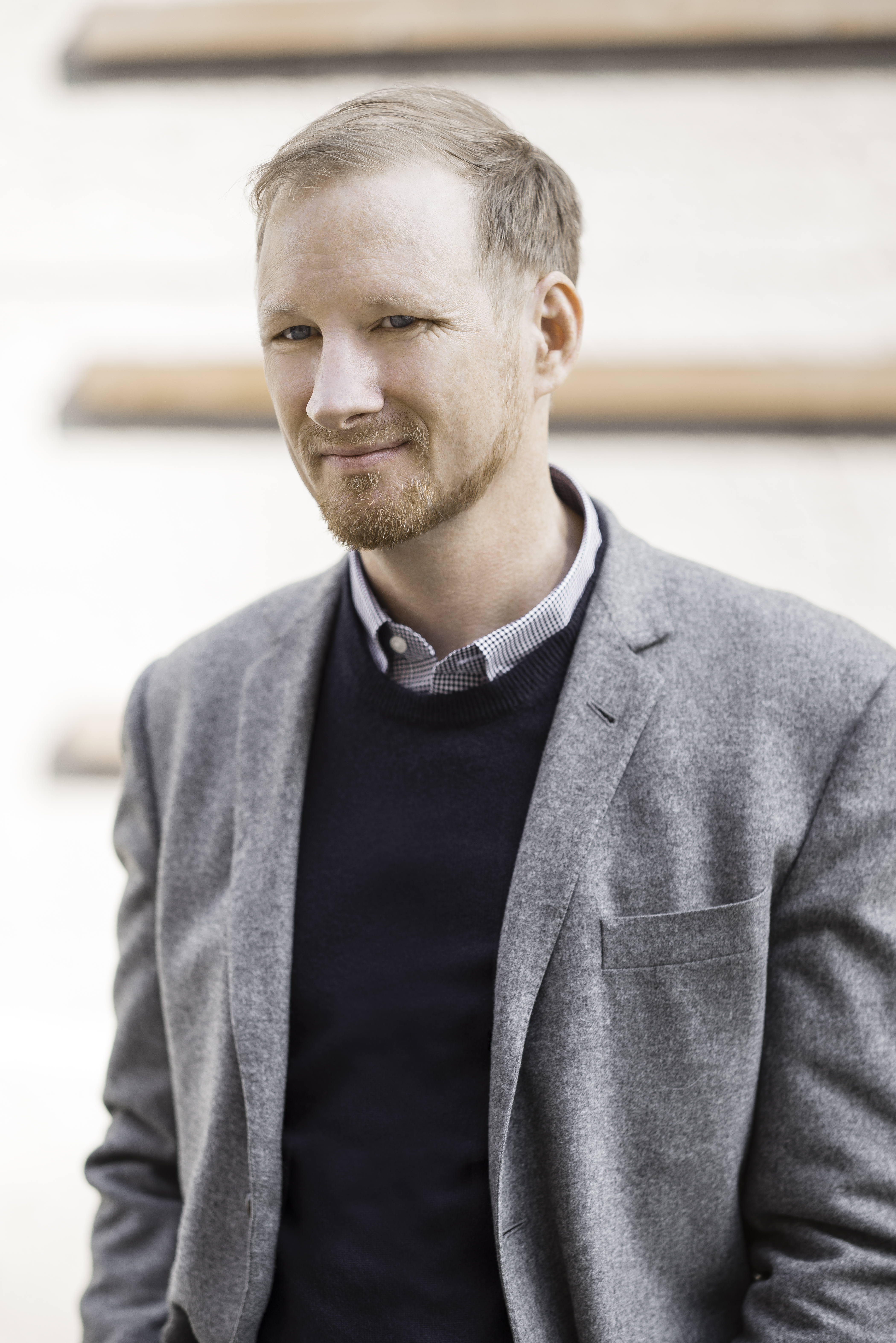 Augustus Rose: Duchamp railed against what he called “retinal art” — art that is meant to simply be appreciated through the eye, for its visual appeal alone. He was in large part a conceptual artist, and conceptual art offers a lot of territory for a writer to focus not just on the object itself but on the ideas behind it, as well as its relationship with the spectator.

So that’s what I focused on, the ideas behind his art, and on the concept of art itself and being an artist. I think that the toughest part of this was in making it part of the narrative without bogging the story down.

The other hard part was in describing the artworks in ways that are both visual and evocative. Initially I included photos of the works to accompany the text, but my agent suggested that was a crutch and to nix them. And she was right. So I just went back to those parts where I described a work and, quite simply, tried write them better.

Happily, we live in a world where any information or image we want is always at our fingertips, so in a sense my goal became not to describe a given work in such a way that the reader can see it clearly, but to do so in a way that makes a reader intrigued enough to Google it and do a little exploring on her own.

Sara Cutaia: How did you come up with the Société Anonyme? These art-obsessed cultists are so mysterious and yet so familiar at the same time. How much did you draw from real-life cult behavior and how much did you create specific for their group?

Augustus Rose: I’m interested in people and groups that start out with benign intentions and then, through some combination of human traits—ego, greed, envy, fear, ideology, obsession, what-have-you—cross a line into dark territory.

I wrote a previous (unpublished) novel that involved a lot of research into 1960s-70s radical-extremist groups, and some of their dynamics informed my ideas behind the Société Anonyme. Such groups — and cults as well — always revolve around one charismatic personality. He or she is almost always the one who leads the charge into darkness. I gave the Société Anonyme two such personalities, in part to create a conflict within the group, but also to mirror two critical approaches to Duchamp’s work that I’d noticed, one more scientifically-focused the other more metaphysical.

Beyond that, I just tried to have fun with the S.A. I like the idea of a group of what are essentially historical re-enactors becoming so obsessive about their subject that they cross into the same kind of territory that, say, a death cult might cross into. I mean, it’s completely absurd on the face of it — the idea that such a group could become so nefarious — and a big part of the challenge was actually making them seem not only scary but possible. Again, if successful it’s in large part a matter of mixing in a good amount of “truth” garnered by the research I did into these groups with what was pure invention.

Sara Cutaia: What was the process like for this book? Undoubtedly there was a lot of research. Did that ever slow down the creative process or simply inform it?

Augustus Rose: Research and writing go hand-in-hand for me. With any large project I do a lot of pre-reading. Just delving into areas that I’m interested in exploring without a real agenda or plot or even characters in mind. Just following my curiosity. I tend to have fairly wide-ranging areas of interest, and so part of the process of turning that research into a novel is in making connections between these disparate areas.

As I read around in those areas and began connecting dots, the world of what would become the novel began to form around it. Then this group — the Société Anonyme — and their backstory began to come into focus. Finally, Lee emerged, somehow at the center of all of it. I didn’t yet know how she was at the center of it. I don’t like outlining; I prefer to be surprised as I go. For me, it’s part of the fuel of writing. But I was curious to find out, and that’s how the book revealed itself to me.

Of course, the more things came together the more I had to supplement my generalist research with more focused research, and that does tend to slow things down. I want to get back to writing the novel but I’m forced to read another book or article — about string theory or alchemy or whatever — and that will springboard me to something else I’ll suddenly have to research. But while the research can slow things down it also becomes a well for more ideas, which only helps to push the plot in unanticipated directions.

Sara Cutaia: Not to sound like the S.A. members, but I feel like Marcel Duchamp is the real main character of this novel. What about him do you most admire, and do you find any similarities in your artistic processes?

Augustus Rose: I’ve been fixated on Duchamp since high school. It wasn’t just his art — it was his whole persona. I loved that he so quietly changed the entire landscape of art and how we look at art.

Provocateurs and scandal-makers tend to be ostentatious and a bit self-serving, but Duchamp was so unassuming about his subversion. So waggish and playfully evasive when asked to comment on it, and I always really admired that about him.

Also, the more I got to know his work, the more fascinated I became by what an interlocking puzzle it all is. Duchamp didn’t really go through “periods” like so many other artists do — doing a single type of art, like cubism — over and over before moving on. (Or sometimes never moving at all!) He did one thing very briefly and then moved on to something else.

If you look at his entire body of work, it’s very eclectic on the face of it. But when you look closer you begin to see repeated themes and notice how self-referential so much of it all is, as though his whole oeuvre is telling a kind of story. Or making an argument. Or asking a question. Or all of the above.

It becomes one big interconnected puzzle made up of individual works and you feel there’s an answer is in there somewhere if you can connect all the dots and make sense of all the allusions. In the end, you realize that it’s all predicated on you, the observer, because Duchamp believed that the viewer completed a work of art, such that whatever solution is come up with will be different from person to person.

As Duchamp said: “The artist performs only one part of the creative process. The onlooker completes it, and it is the onlooker who has the last word.”

Sara Cutaia: A lot of the settings in this book are laid out and then quickly abandoned, leaving a void with the reader—much like what Lee was surely feeling. It certainly seemed an appropriate vehicle for the pace of this plot. What about this lack of “home” or place of belonging appeals to you as a writer? Additionally, what drove you to use real places in Philadelphia as opposed to vague or made up locations?

Augustus Rose: That’s a very good question. As you point out, Lee feels abandoned, unmoored, and very much alone. All her life she’s felt invisible. Part of her hates it and yearns to be seen, but another part of her finds solace in that feeling and she gravitates toward places that reflect that. But it’s out of necessity — she’s being stalked and has to continually be on the move, going deeper and deeper underground. So the spaces she passes through and sometimes inhabits do reflect her inner state, but it’s driven by the story.

I used as many real places in Philadelphia as I could, in the same way I used Duchamp’s real works, the actual history behind them, as well as his actual biography. This allowed me to weave in imagined places and invented history/biography, and hopefully keep the reader from knowing which is which.

If I’m doing my job right then it makes everything in the book, no matter how implausible, seem possible. They say a good liar always mixes in as much truth as possible into his lies — this is just following that same principal as a writer.

Sara Cutaia: Lee’s character is so interesting; she’s aging a bit as the novel progresses, and yet it doesn’t feel like a coming of age story typical of teenage protagonists. How were you able to find both her voice and the narrative tone?

Augustus Rose: It took a while. But most character voices take a while to crystalize. For me, it’s a matter of getting to know the character. And that just takes a lot of writing — writing her doing things and saying things and making choices, until it feels like it’s her doing these things on her own and not me.

The voice of the book was complicated by the fact that it’s not told purely through Lee’s consciousness. That is, it’s filtered through Lee’s perspective but there is a zooming in and pulling back of the narrative distance so that sometimes we are closer in and the voice is more hers, other times we are pulled back and the voice is more the narrator’s. If I did it right it should be seamless and barely noticeable; otherwise it comes off as disjointed and lacking authorial control. Hopefully I did it right!

Augustus Rose is a novelist and screenwriter. He lives in Chicago with his wife, the novelist Nami Mun, and their son, and he teaches fiction writing at the University of Chicago.