What If Kansas Seceded From the United States? 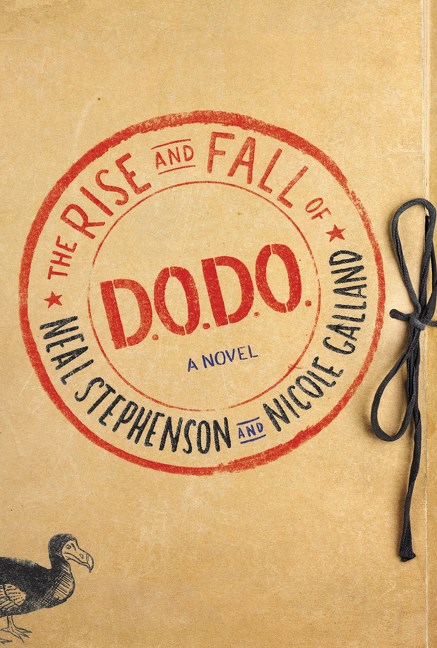 From modern Boston to 19th-century London, Neal Stephenson and Nicole Galland’s wild, genre-hopping collaboration The Rise and Fall of D.O.D.O. imagines a world where magic once existed. A happy compromise between the dry humor and tech savvy of Stephenson and the historical levity of Galland, it’s one of the most ambitious books of the year. Luckily, the first 500 pages (!) are smart, hilarious, and bewitching enough to make up for a disappointing final third.

An epistolary novel of letters, memos, and diaries, it all starts when a mysterious man offers a mysterious job to Melisandre Stokes, an adjunct professor of history at Harvard. After signing a horde of confidentiality agreements, Mel learns the book’s big conceit: magic truly existed before it suddenly disappeared in 1851, around the time of “The Great Exhibition” world’s fair at London’s Crystal Palace — and the Department of Diachronic Operations (D.O.D.O.) wants to bring it back.

After delving through old documents, Mel and her new employer, Tristan, come up with a working theory of magic: witches can somehow access parallel causal planes and use them to alter their own (a concept that will be familiar to Stephenson fans who’ve read Anathem). The disappearance of magic, meanwhile, was a result of the industrial revolution, and specifically the rise of photography which “breaks magic by embalming a specific moment — one version of reality — into a recorded image,” thereby collapsing the probability waves that the witches access for power. Armed with this knowledge, D.O.D.O. is looking for a way to reintroduce casual uncertainty, primarily to unlock the magical power of time travel.

To accomplish this, Mel and Tristan join forces with the retired physicist Dr. Oda, who is haunted by his experimentation with the concept of Shrodinger’s cat, and the stunning Erzebet Kaparthy, a magically preserved Hungarian witch. Despite its scientific successes and operational growth, D.O.D.O. ultimately finds itself fatally vulnerable to the mercurial dimensions of the human heart.

The sprawling cast is one of the book’s strongest points, especially the witches. Erzebet and her fellow witch, Grainne, are easily the two best characters in the book, playing off of common tropes of witches without ever falling slave to them. Stephenson and Galland don’t waste the time-travel premise, either, dropping in on pre-Fourth Crusade Constantinople, Elizabethan London, and many more.

“Scientific” explanations ground the story in realism without taking away from the simple fun of hand-waving and witchcraft. On the whole (and despite the heft), it’s a lighter, breezier affair than you would expect from Stephenson writing on his own, so Galland seems to have been a perfect complimentary choice.

Sadly, the fresh and fun ingenuity begin to wane as the novel grinds to a deus ex machina conclusion. The protagonists become uncharacteristically passive, and threads of plot, both large and small, are left unresolved or completely unaddressed. This could set things up nicely for a sequel, but even if that’s the case, Stephenson and Galland will need to reinstate a sense of internal consistency and urgency.

That said, The Rise and Fall of D.O.D.O. is still a brave novel that defies genre and incorporates many of the best characteristics of both its contributing authors.