Welcome to June’s edition of “Dear Poetry Editor” at the Chicago Review of Books. This ongoing series offers readers insight on poetry and publishing from editors who shape the content in literary magazines around the world. This month we hear from Anthony Frame, managing editor for The Indianola Review and the editor/publisher of Glass Poetry Press/Glass: A Journal of Poetry. Mr. Frame is an exterminator from Toledo, Ohio, where he lives with his wife. He is the author of one book, A Generation of Insomniacs, and three chapbooks: most recently, To Gain the Day (Red Bird Chapbooks). His poems have appeared in or are forthcoming from Boxcar Poetry Review, Muzzle Magazine, Rattle, Crab Creek Review, Third Coast, The North American Review, and Verse Daily, among others. His work has been awarded two Individual Excellence Grants from the Ohio Arts Council, in 2014 and 2016. 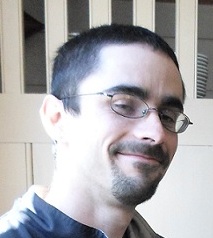 I imagine most people say this but I think people still think poetry doesn’t matter or isn’t important. That there’s not really a space for poetry in people’s lives any more. More exactly, that people don’t want a space for poetry in their lives. My non-poet friends say this and my poet friends hint at this. And obviously this isn’t true, whether we’re looking at Warsan Shire’s lines spreading after the attacks in Paris or Maggie Smith’s poem “Good Bones” after the tragedy in Orlando. And, during these difficult times, I’m constantly drawn to Wisława Szymborska’s poem “Notes from a Non-Existent Himalayan Expedition”: “We inherited hope – / the gift of forgetting. / You’ll see how we give / birth among the ruins.” But tragedies are too easy a way to defend poetry’s place in contemporary society.

Here’s the thing—I work in pest control. My daily conversations aren’t exactly filled with analyses of poems. Most of the people I work with didn’t go to college; a few didn’t graduate high school. And that’s no criticism of them. They have the same job as me without the mountain of student loan debt. So, a lot of times we have to switch trucks—we each have a company truck we use each day, and depending on the kinds of jobs we have I might have to switch with one of my coworkers for a day or two. I’m horribly absent minded so I’m constantly leaving personal stuff in the trucks. Including books of poetry. And the guys I work with are good guys. They give me my books back as soon as they see me. But they also tell me that they were sitting waiting for a customer and decided to flip through. And I know they did more than skim the book for a few minutes while waiting in a driveway because they’ll say something like “That lake poem—dude, that was really cool.” And I’ll ask, “Which lake poem?” because the book has like seven poems about Lake Superior, and my coworker will respond with a fifteen or twenty minute monologue about the different lake poems and which ones he liked better and why and which lines or images he can still remember, hours later.

Another coworker, a cousin of mine, bought two copies of my book—one for her and one for her newborn son. And she sat there, reading him my poems. Which is weird for me as a person but amazing to me as someone who loves poetry. My boss bought my chapbook of pest control poems and pulled me into his office a couple of days later to ask, “Are you happy with this job?” Because he read my poems about transitioning out of academia into pest control and he was really touched by the confusion I had during that period. I mean, my boss is hugging me because of my poems. What do you do with that other than have hope for the world of poetry?

So, I guess what I’m saying is, maybe we don’t all go around talking about poetry or sharing links about poetry. Unless they’re Bill Murray links—all my non-poet friends share those. I think if we judge based on sales, yeah, the new book by Shara McCallum isn’t going to sell anything like The Hunger Games. But really, should it? Is that the only way we have to judge these things?

Whenever I start to feel bummed or discouraged about the poetry world, I just remember those coworkers talking about poetry with me in our gravelly parking lot while filling up and switching out our trucks and I’m quickly ready to get back to reading submissions or writing my poems.

I have pretty varied tastes. And I like pushing my comfort zone, reading work that I don’t normally go in for. If there’s a poem for me, if I have to say this poem is the poem, I’m going to say Bruce Weigl’s “The Impossible.” It’s the poem that made me stop and really consider focusing on poetry. It’s a brutal poem about child sexual abuse and it doesn’t shy away from that content, for which, as a survivor, I have great admiration. Then there’s that ending: “Say it clearly and you make it beautiful, no matter what.”

Now I read an interview, many years after I first discovered this poem, in Blast Furnace, where Weigl discussed that ending and he said people misread that line. That he’s not suggesting we should use our language to make everything beautiful. “It’s a failure,” he said, that we are able to do that. A criticism of contemporary poetry.

And I completely understand what he means. I had a similar conflict while editing a recent special feature of poems in response to the massacre at Pulse Nightclub. I found myself stunned by how gorgeously these poets could address this horror. And I haven’t written about it because I don’t know if I want to turn that blood into something beautiful. Though I’m grateful so many others have been willing to do that difficult work.

But, back to “The Impossible,” yes, I get what Weigl is saying, what he intended. But I also have to own my initial response, my initial read of it. I was a young kid, maybe twenty years old if that, in my first poetry workshop, and I’d never told anyone I’d been molested. And suddenly I’m presented with lines like “I do not want to say his whole hips / slammed into me, but they did, and a black wave / washed over my brain, changing me / so I could not move among my people in the old way.” And reading through this gorgeously crafted poem about sexual violence – sexual violence involving a young boy, something I’d never seen mentioned anywhere ever in my life – and finally feeling like I knew exactly what was going on, knowing that line “could not move among my people in the old way” inside and out in a way that I never had with a poem before, and then getting to that ending: “Say it clearly and you make it beautiful, no matter what.”

So, what is poetry to me? Poetry walks that line between horror and beauty. Poetry wrestles with what Weigl was wrestling with in that interview—with the two interpretations of that final line, whether it is a celebration or a damnation of poetry. Now, that doesn’t mean poetry has to be about brutality or terrible things. But, poetry is always making the world into something more beautiful than it really is. That’s the craft. And I’m interested in how a poem navigates that journey.

I edit two journals, The Indianola Review and Glass: A Journal of Poetry, and one chapbook series, The Glass Chapbook Series. All three projects are less than a year old. Technically, Glass was started about seven or eight years ago by my wife and me, but we closed it a couple years back and then I reopened it as a supplement to the Chapbook Series. The new Glass is similar to the old one but also very different since now it is just me running it. The point is, all three of these really are so young I doubt people have much of an idea about them. Mostly, I just hope people realize they exist; I’ll worry about perceptions later.

Seduction is Performance in “Acts of Service”

I hope they see the eclectic voices and styles and think of the projects as being open to anything. I hope they look forward to that. In the case of Glass: A Journal of Poetry, which publishes a single poem each week, I hope they look forward to seeing what might show up next Wednesday, and I hope they really don’t feel like they can predict what is coming. I have similar hopes with The Indianola Review, which is a quarterly print journal. I hope they feel like they don’t know exactly what they’re going to get but that they know it’ll be worth the time to sit down and read it.

It’s been very interesting moving between the two spaces. Partly because I’m the only person in the room for Glass while I have an awesome team working with me at Indianola. So that creates a different dynamic and a different direction for the two projects. But also, seeing the way an issue of Indianola comes together, the choices we have to make because two poems are both really good but they’re also both really similar, or a poem is good but there isn’t room for it, or we love a piece but it’s so wildly different from everything else we’re not sure how to make the issue make sense of it.

At Glass, it’s always a blank slate. Each poem lives on its own, breathes its own air, and speaks to readers on its own terms. I can see a definite aesthetic growing at Indianola because of the things I was just talking about. But at Glass, I’m not sure if there will be that kind of aesthetic because I never have to put together an issue and make it coherent. I like both. I like what the defined, restrictive format of a print journal does to me as an editor. I also like the freedom  to do anything that Glass provides. It’s very much like writing a sonnet compared to writing in blank verse.

As a writer? Oh, absolutely. More than I care to admit. Some of it’s even available online. But, I guess, we probably all have those. And, since I’m absolutely my harshest critic, I could answer that by saying, “Yes—everything I’ve published.” Though my editors probably don’t want to hear that.

As an editor? No. Not yet. Hopefully, I never will but I’m far from perfect. Who knows what might happen. But, no. I love every poem I’ve selected and believe it has something to say. Hopefully, I’m able to help put it in the hands of whoever needs to hear what the poem has to say.

Visit Glass: A Journal of Poetry for more information on submissions.