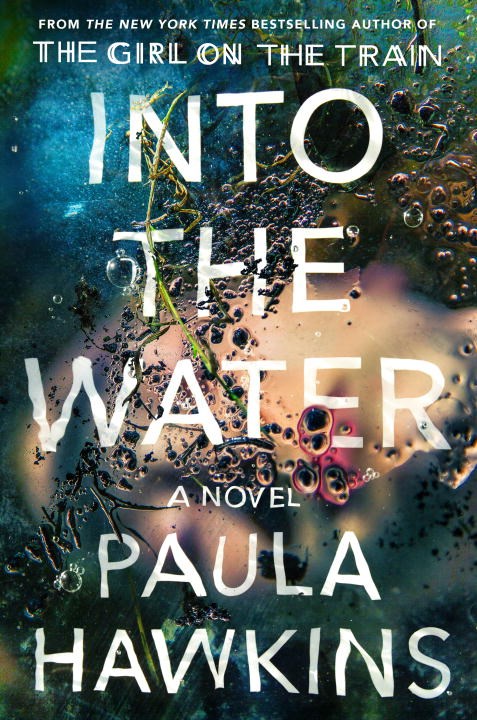 I read The Girl on the Train soon after it was published in 2015. I enjoyed it as a commercial thriller, and thought Paula Hawkins made some interesting choices for a debut writer—presenting a realistic, imperfect female protagonist and focusing on how our perceptions are shaped by prevailing societal stereotypes. However, the plot was too predictable, and although the story made some pertinent points about memory distortion and domestic violence, I struggled with Hawkins’s inconsistent writing.

With her second book, Into the Water, it is clear that Hawkins seems to have cracked the code of her enduring appeal—female characters who are far from “perfect.” It seems that the core point she’s trying to make is one of redemption—no matter how unlikeable a woman is or how questionable her behavior (according to social norms), it’s never too late to fix things. Just do right by people, and maybe solve a mystery or two.

There is nothing wrong with this formula—if only Hawkins managed to execute it well. So far, her books are centered on interesting premises, but gauche writing and inconsistent character development prevents them from being effective.

In Into the Water, Paula sticks to her tried and tested template, this time infusing it with three trendy psychological thriller elements: estranged sisters who are brought together by a crisis, a narrative about misunderstood and wronged women, and a combination of modern feminist ideas with the ancient tradition of witch hunting.

Hawkins incorporates all these fashionable tropes into her core plot, which revolves around a close-knit community in an English village, Beckford. Into the Water begins with the mysterious death of a single mother, Nel Abbot, whose body is found in a local pool. She left behind her volatile teenage daughter, Lena, who harbors pent up anger against her dead mother, believing she was involved in the death of her best friend who died in the same pool a few months before. Nel’s death draws in an estranged sister, Jules, who is now Lena’s guardian. Jules is a self-pitying, unhappy woman who spent most of her life blaming her sister for something that occurred in their childhood.

Nel’s body is found in the enigmatic stretch of the river which locals refer to as “The Drowning Pool,” rumored to have been used for drowning witches in ancient times. She was bizarrely fascinated by this pool, which has a deadly history of luring many of Beckford women and girls into its murky depths. Throughout the story, we end up solving not just the mystery of Nel’s death but also a few other interlinked ones.

There are occasional glimmers of acute insight when Hawkins writes characters dealing with grief and loss. There is Sean, whose mother committed suicide. Even though he is now middle-aged, he has never quite been able to fill the void she left in his life. Louise Whittaker is another particularly well-sketched character. A woman who lost her child in the river, she feels guilty for not being attentive enough to her daughter. She subsequently projects all of her anguish onto Nel.

“Everyone was embarrassed. She had never realized before her life was torn apart by how awkward grief was, how inconvenient for everyone with whom the mourner came into contact. At first, it was acknowledged and respected and deferred to. But after a while it got in the way—of conversation, of laughter, of normal life. Everyone wanted to put it behind them, to get on with things, and there you were, in the way, blocking the path, dragging the body of your dead child behind you.”

However, there are more than ten narrative voices spread across short chapters. They are all so similar in tone and style that the book becomes extremely monotonous and confusing by the time we reach the halfway point. The reader is left to sort out the mess of who everyone is and the muddled relationships among them.

Everyone in the community of Beckford has skeletons in their closet, and Hawkins spends a frustratingly large part of the book waving red flags and providing slight hints about the motives of each character. This plot simply performs one narrative back flip too many. And the slew of characters means that the sheer number of unraveling interconnected backstories gradually becomes unbearable.

Fusing Creativity and Crisis in “Emergency”

By the end of the book, I couldn’t care less about who got killed and who committed suicide.

The good news for Hawkins is that Into the Water will be another bestseller. Movie rights have already been snapped up, and there is the residual hype of The Girl on the Train, boosted by the recent movie starring Emily Blunt. But I think it’s about time for Hawkins to give the distorted-memory angle a rest and start looking for fresh perspectives.

FICTION
Into the Water by Paula Hawkins
Riverhead Books
Published May 2, 2017

Paula Hawkins is the author of the #1 New York Times bestseller The Girl on the Train.