‘Startup’ is the Tech World Satire We’ve Been Waiting For 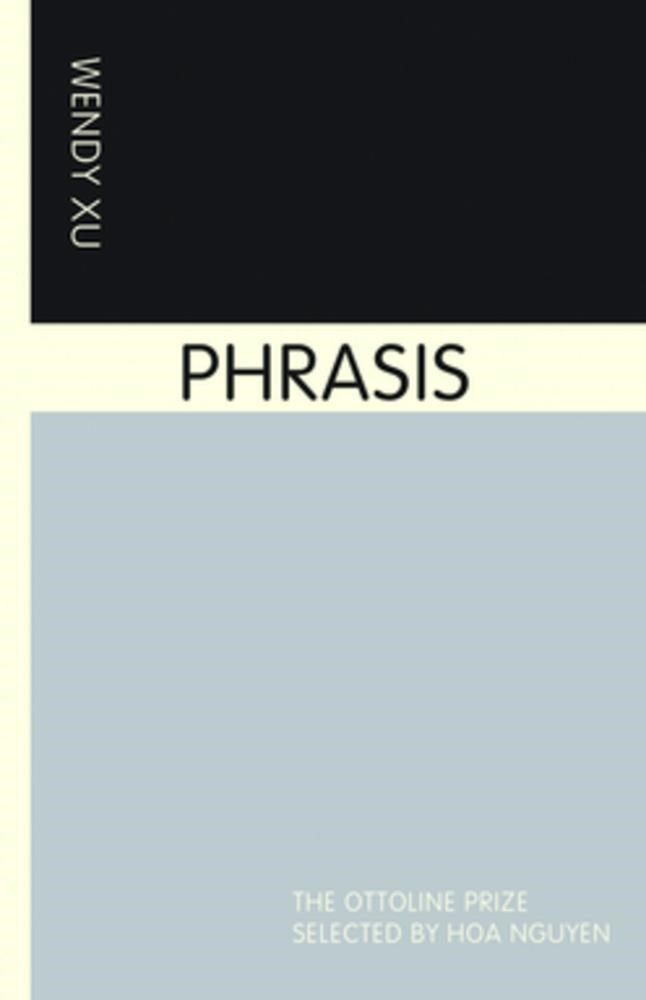 Wendy Xu’s second full length book of poetry, Phrasis, is steeped in generosity and pain. It cuts through the page with language that boils and bubbles over—sometimes in fragment, sometimes ending mid-sentence, yet always reaching. The entire collection seems to take place in a room setting into darkness or in the liminal space between home and nature.

Before we are transported into these spaces, Xu is kind enough to begin with a section-marking poem that prepares us for the discomfort between industry and beauty that is to come:

The silver sheen of water, children marking it with fists
Industrious lights along the historic bridge
I am touched by a flower vendor bending to
a child and record it to you, here
Wind in the irons for a moment, almost soft
The poem vandalizing my original face, so let it work
ever against my body

Is it possible for a poetry collection to be fair? To be just in what it experiences and turns into poetry for the reader? The speaker experiences the generosity of the flower vender and turns to the reader to gift it to us as well. Where experienced generosity begets generosity, so does pain beget pain. The poem “Naturalism” is perhaps the most forward in its desire to cause pain: “This thought that lodges: venture capitalists / of America, kill yourselves.”

This poem, however, is so much more than pain. It orchestrates a blending between the domestic and the natural that is so successful you are not sure where the walls end and the trees begin. While “I wash the dishes / even here, slowing,” “eels swim dark a river’s curvature / their forms twisted among rock, and  “we were holding on / to the day’s trash and cigarettes in one / shared pocket.” The dishes, eels, trash, and cigarettes all occupy the same whirling space as one other, creating a harmonious confusion. A similar confusion happens earlier in the collection in “The Window Rehearses,” in which the night air and the home mix. The open window brings in “nightly perfume,” the spare rooms opening into the dark. Within this darkness, the speaker is often obsessively watching television, mostly seeing devastation on the news.

The blue glow of the TV becomes a familiar presence. While reading, I found myself gathering these mentions and becoming obsessed with the speaker’s own obsession: “Moved all the way here to watch / television alone, swallowed by the grim / news grinning;” “remove yourself / from the screen if you can;” “Watching you watch the new turning, gently overture of coal streaks dark onto dark, a bee on a bud;” “devastated / by the newly outfitted pipeline news / buried there overnight.”

The scene of nighttime opening into the house ruminates throughout the collection, often obscuring the self in shadow or darkness. Sometimes it is hidden by the domestic, when “I tried on the house, its shutters dressed white,” and other times it is hiding in obscurity: “If they found / me oblique then I am doing this for my bluer / augmented self now.” While many scenes in the collection happen at home, the idea of home is still a fleeting concept, even in the surrounding yard: “I rented a lawn to stand in.” The question of home is not just the four walls one sleeps in—it is a country devastated by war, a death squad in a shopping mall, an unwelcoming shore, or an airport gate bringing no desire to walk toward or away.

Language in this collection is a swirling, often fragmented stew of phrase. Even the text recognizes this play and fascination, revealing its hand in multiple poems: “My language slips through and through me again;” “I lick the greening verb to rest;” “I scrawled cornflower // in the margins, ethical verbs;” “leafy nouns.”

This use of language comes as a welcome surprise after Xu’s first collection, You Are Not Dead, in which the language-based tension was a result of more direct and simplified language. From “You Think You Are Something Less Real Than You Are” in You Are Not Dead:

In both collections, Xu shows her talent in language-play. By the time the collection is done, you will find your mind recreating and operating in the same swaying verse as Phrasis. This new found language Xu gives us brings us close to the collection and perhaps closer to understanding one another:

We all had a manner
of speaking not in bodies
splayed likewise lurch
and stutter. But tenderly
a finger set
to music.

Wendy Xu is the author of You Are Not Dead and several chapbooks, including Naturalism. Xu is also the recipient of a Ruth Lilly and Dorothy Sargent Rosenberg Fellowship from the Poetry Foundation.