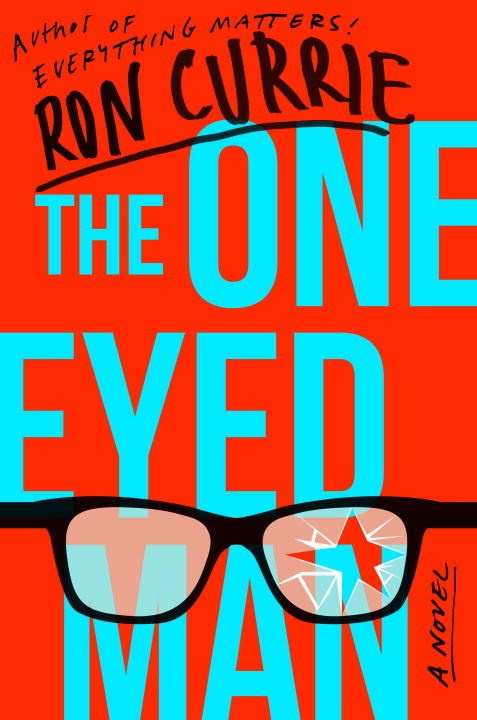 Maybe you’ve sworn off social media. If not, you know unchecked hysteria. There’s so little space for nuance in pre-decided partisan bubbles that even alluding to the existence of a shade beyond black or white is paramount to Black Flag-style indictment, no matter the side. Definition through negation increasingly includes no ‘us.’

Following the death of his wife, K. finds himself unable to live on the figurative plain: everything he sees can only be taken literally. An early scene portends this affliction, with K. standing at a crosswalk for hours, unable to venture across a Portland, Maine street because the sign reads ‘don’t walk.’ He’s jarred from his fugue of obeisance by a coffeeshop stick-up in progress across the street from the broken sign. K. intervenes and saves the life of a barista. He’s suddenly and briefly famous — except his virality extends.

First, during an interview with a local TV station, he declares that he deserves punishment for complaining about the tartness of strawberries in his meal  — more than thirty-three million people in the country are starving, K. says. So he punches himself in the face on-camera.  Then Theodore, a producer, sees potential (and dollar signs) in K.’s ability to take things only at their literal value, and quickly casts him, along with his friend Claire, in a television show titled America, You Stoopid. The premise is simple: K. and Claire travel, and are filmed when they get into scraps, like a more confrontational Jackass. The morality of such a show doesn’t escape Theodore, owing to the Great False binary:  “Contrary to the shopworn colloquialism, there are no innocent bystanders. Not anymore. Everyone’s guilty. Everyone’s complicit.”

This complicity is intertwined with Einstein, whose biography K. has read and refers to throughout. Einstein’s Tralfamadorian belief that “the distinction between past, present and future is only an illusion” echoes as K. relives the last days of his wife’s life throughout, whether agonizing at her deathbed or searching out a case of long-discontinued Clearly Canadian seltzer to soothe her thirst.

K . and Claire, against their better judgement, travel to Forth Worth for a Memorial Day parade where they are kidnapped and held hostage in a Waco-esque militia compound, where the requisite standoff looms as nothing less than an inevitability, headlines screaming throughout because, in K.’s words, “the bread and butter of modern newsmen was opacity. When one has an endless succession of twenty-four hour news cycles to fill, the fewer known facts, the better.”

Without spoiling the end, I can mention that Currie dazzles as K. watches an alternate Einstein ebb and fade in Auschwitz. And K.’s guilt for his wife’s death becomes terrifyingly tangible. These threads are a call to be present, to be mindful rather than ironically sloughing or pigeonholing. For years — usually after some catastrophe — we’ve been reading that irony is dead, even as layers have subsequently been draped or slathered on even more heavily.

Currie’s The One-Eyed Man is rueful and unpredictable and honest and side-splitting in its depiction of our common struggle with the confines of truth and the defective airbag that is irony. His protagonist evokes a Kafkaesque maze of the mind, in the pitfalls and hazards of both isolation and speaking out. Ultimately, the fact that “there is, in all our lives, the innumerable ways things might have happened, and the one way in which they did” is all there is — that and the need, more than ever, to be present, and to learn when to see things expansively, peripherally, and fully, both eyes open.

Ron Currie is the author of the novels Flimsy Little Plastic Miracles and Everything Matters! and the short story collection God is Dead, which was the winner of the New York Public Library’s Young Lions Award. In 2009, he received the Addison M. Metcalf Award from the American Academy of Arts and Letters. His books have been translated into fifteen languages. He lives in Portland, Maine.