The 10 Best New Books to Read This April 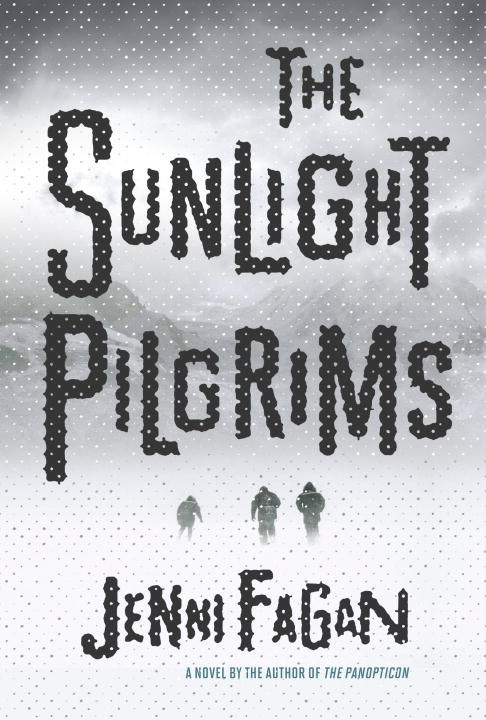 Jenni Fagan’s novel The Sunlight Pilgrims opens with an arresting description of a worldwide disaster: a fierce winter that is gripping the entire planet. “Polar caps are melting. Salinity in the ocean is at an all-time low. The North Atlantic Drift is slowing” the author writes. The world scrambles as the temperature sinks and the time for worrying about the mere possibility of climate change has long since passed. Across Europe, people crowd trains on their way to long-term shelter. One result of the weather is parhelia, the appearance of three suns caused by light refracting off tiny ice particles in the upper atmosphere. The phenomenon is witnessed and interpreted differently by each of the three central characters.

Dylan MacRae, Constance Fairburn and her daughter, Stella, anchor a tense and moving portrayal of life in the midst of global catastrophe. The book shows us the world as it could be, when the reality of life on Earth has moved beyond concerns over carbon emissions, the effects of greenhouse gas, and the back-and-forth between deniers and believers to a moment when humanity’s only choice is to learn to adapt to a challenging landscape. Fortunately though, the world Fagan brings to life encompasses struggles and victories, glimmers of happiness, and the connections that ultimately bind people to one another.

As the world prepares for an uncertain future, Dylan makes his way to an inherited caravan (think Airstream trailer) in Clachan Fells after a bank foreclosed on the movie theater his family owned and operated for generations. There, he grieves the recent death of both his mother, Vivienne, and his grandmother, Gunn, as he rearranges the small trailer and eventually sets up a still for making gin like his grandmother did.

Stella and Constance live near Dylan in the park. Constance re-finishes furniture for a living as she helps Stella who was born a boy, navigate the difficult terrain of being a transgender teenager in a small, closed-off community. It’s the weather that initially prevents Constance and Stella from getting to the doctor to inquire about starting hormone therapy.

As the temperature drops, the tension rises to a low-grade panic. Constance laments the absence of four discrete seasons: “No, I miss a good long shit summer, rainy autumn, miserable winter, debatable spring. Now we have this endless fucking Narnia and where is it all going to end?” Dylan tries to reassure them, but Constance’s stress drives Stella to leave the park on her own.

The Sunlight Pilgrims is a novel about humanity’s survival in ways that go beyond the threat of a supersized winter. Dylan has lost his family and the theater that was his entire life. Stella endures schoolyard bullies and less-than-cooperative physicians. Constance works and cares for Stella, but the men in her life have proven themselves largely unsuitable for relationships, much less desirable. At the caravan park in Clachan Fells, everyone’s doing their best to simply get by, and that struggle makes the characters come alive. It’s impossible not to root for them.

There’s also no denying Fagan’s masterful use of place. The caravan park is remote, “surrounded by vast mountains,” adding another layer to an already difficult situation. When Dylan goes outside, that mountainous landscape rises up, and the world comes into sharp focus with a hint of ominousness:

The trees smell green and woody, the furrowed soil frozen but still with that deep earthy clarity, all undercut by brine from the nearby sea. Across the fields, soil in neat furrows and sparkling with frost for miles. There is an old crooked tree, wide on the base with bald limbs that have faded to look like bone.

The Sunlight Pilgrims is a reminder that even in the midst of calamity, there’s still warmth and support in the sometimes unexpected connections we form with others. The novel reads less like a dystopian warning than a clear-eyed glimpse at how people find each other when a threat in the world becomes overwhelming and seemingly infinite in scope. Fagan remains in firm control throughout, never letting the story veer into hopelessness, despair or sentimentality.

As sunlight becomes limited, Stella considers the importance of holding on to it: “I met someone once who told me you can drink energy form the sun, store it in your cells so you grow strong. She said we should all do it. It’s like a backup store of it in our cells; she said there were sunlight pilgrims doing it all the time – it’s how they get through the dark, by stashing up as much light as they can.” There’s plenty of light out there–we just have to look for it.

JENNI FAGAN, a Scottish novelist, published her debut novel The Panopticon in 2012. She was named one of Granta’s “Best Young British Novelists” in 2013 and was selected as the Sunday Herald Culture Awards Scottish Author of the Year in 2016.

A New Cli-Fi Collection You Can Download For Free

Dystopian Climate Fiction Gets Personal in ‘The End We Start From’

How Will Climate Change Affect Your Grandchildren?