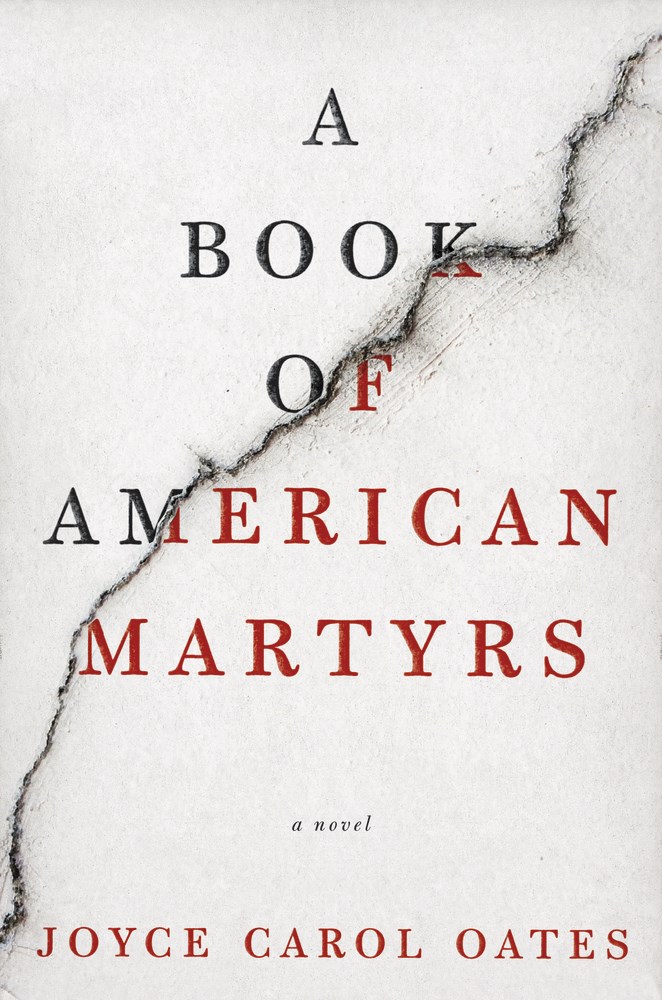 “Miss Oates Loves to Splash Blood On Us” sniffed the headline of Geoffrey Wolfe’s New York Times review of Joyce Carol Oates’ 1971 novel Wonderland. It’s hard to imagine so curt yet quailing a dismissal atop a Times consideration of the other major novelists of her day, something like “Mr. Updike Lives to Compare Vulvae to Flowers.” But there it is, one of the earliest instances of book critics giving Oates the shaking-their-damn-heads treatment, a response best exemplified by “Stop Me Before I Write Again,” James Wolcott’s 1982 Harper’s attack. The question such pieces ask, year after year: Why does this woman believe that her splashing of blood is literature?

That headline was pulled from the text of Wolfe’s piece, which is often admiring of Oates. “We may expect more brilliant work from her,” Wolfe concludes. “Wonderland is merely a bad, a very bad, single performance.” He was wrong in one key way: The book was no one-off. Wonderland is a brutal, transitional work, a case study of murder and madness told through squalling interiority. In it Oates situates you inside the most troubled minds that she can imagine, the stream of consciousness a gusher along the lines of those elevators in The Shining. In the years since, this has become something of her signature mode, especially in her novels, which often howl with the thoughts of women and men either building toward acts of violence or attempting to live after surviving such acts.

Critics have been right to point out that some of the books feel the same, that her preoccupations are horrific, that her characters can appear like re-named versions of previous crack-ups and grotesques. But time has proven her interests prescient. It’s not Oates who splashes blood on us, it’s America.

The subject and starting point of her brick-thick latest, A Book of American Martyrs, is the murder of an abortion doctor by a member of an Operation Rescue-like “pro-life” protest group. What other novelist is so ideally equipped to take on the subject of homegrown terrorism? Or is so adept at immersing us in the brain of a true believer? Philip Roth won the Pulitzer for diagnosing the Weatherman bombings as part of “the Indigenous American Berserk”; he may have coined the term, but it’s Oates’ zipcode.

A Book of American Martyrs is Oates’ latest big novel, the first since 2004’s The Falls or 2001’s thrilling Blonde that has the air of an event. (The likes of Carthage or The Accursed aren’t un-admirable—but they’re not free from routine.) Here, she leads with the lede: A “soldier of Christ” named Luther Dunphy guns down Dr. August Voorhees and a bodyguard at the Broome County Women’s Center in Muskegee Falls, Ohio, in November of 1999. Then, for 100 urgent, compelling pages, she doubles back to build up to that violence, planting us in Dunphy’s head and letting the diseased winds blow.

You don’t read this section so much as hang on: Luther, an under-employed carpenter, watches his wife drift into a prescription opiate haze, sees his Down’s syndrome child killed in a car crash, finds himself betraying his marriage vows as he fails out of the Toledo bible college where he’s half-assedly studying to become a minister. Oates shows us radicalization as something of a relief for a man uncertain about his place in a changing America and secretly bored with his proscribed role as father/husband/family leader. Yes, he feels the hand of Jesus pressing him toward murdering the man Luther sees as the murderer of the innocent – but he also considers smothering his wife in her sleep with a pillow.

The militant anti-abortion movement gives Luther a release for everything dark boiling inside him. It’s a chance to push back against a culture that doesn’t value the contributions of men like him.

Oates stirs empathy for Luther and his family, never lampooning their earnest beliefs. The prose in Luther’s chapters bear the stamp of his mind: The vocabulary is blunt and limited, the descriptions repetitive, the phrasing stiff and often passive, as if the world acts upon him. He refers again and again to “my dear wife,” as if trying to convince himself; he uses “for” as a coordinating conjunction, the musty grammar of a man who’s never read much besides the bible. Here he describes early dates with the woman he would later marry: “Though I knew that Edna Mae was a virgin, and very innocent of men, yet I coerced her into acts against her wished, and made her cry. I felt sorry for her but also impatient for her, for it was a dirty thing I had made her do, touching me with her bare hand, and letting me touch her.”

Luther is the novel’s center and starting point, but he’s not its protagonist. Oates is more interested in life after violence than in violence itself, and she alternates between Luther’s perspective and that of his family and also the family of the murdered doctor. The trial is dramatic, and one key prison scene is the purest of horror setpieces, a hair-whitener worthy of Wonderland but ripped right from recent headlines. Oates reveals Dr. Voorhees as something of a messianic figure himself, and the chapters from his survirors’ perspectives never offer a full-throated defense of abortion rights that matches the pitch of the denunciations we read in the Dunphys’ narratives. That’s an insight rather than an oversight: The Voorhees believe that reason will prevail even in the face of apocalyptic fundamentalism.

Some of Oates’ detours are wearying: Her plot demands that two separate women, both public intellectuals, essentially abandon their children, and neither case is developed enough to be convincing. But most prove fruitful. The many monologues she includes from witnesses and acquaintances of both doctor and killer, written in an unfussy Midwestern vernacular, have the ring of well-observed truth. Oates has little taste for satire, but she can’t resist occasional parodies of that sitting duck Bill O’Reilly, who used his Fox News platform to label Wichita abortion doctor George Tiller as “Tiller the Baby Killer.” Here, it’s the host of the Tom McCarthy Hour who calls the likes of Dr. Voorhees a “pack of atheist-socialist baby killers.” Late in the book, Oates turns her attention to boxing, an interest she has previously written of with mastery. Somehow, she has more to say about it, and these chapters, concerned with class and gender and the erotics of violence, are among the book’s strongest.

Ultimately A Book of American Martyrs belongs to the daughters, Naomi Voorhees and Dawn Dunphy, lost girls, essentially raising themselves, who both compel and surprise throughout the novel. Oates is never more persuasive or powerful than when steeping us in the lives of young women alienated from their families, their communities, their bodies. The prose grows richer, more deliberative when written from their perspectives. As often happens in Oates country, they walk over bridges in winter and study the flow of ice and water below. Neither knows just where her life is going, but unlike the killer and the doctor neither’s end feels inevitable. The novel isn’t about splashing blood on us; it’s about daughters trying to find lives for themselves in a country stained with it.

Joyce Carol Oates has written some of the most enduring fiction of our time, including the national bestsellers We Were the Mulvaneys, Blonde, which was nominated for the National Book Award, and the New York Times bestsellers The Accursed and The Falls, which won the 2005 Prix Femina. She is the Roger S. Berlind Distinguished Professor of the Humanities at Princeton University.