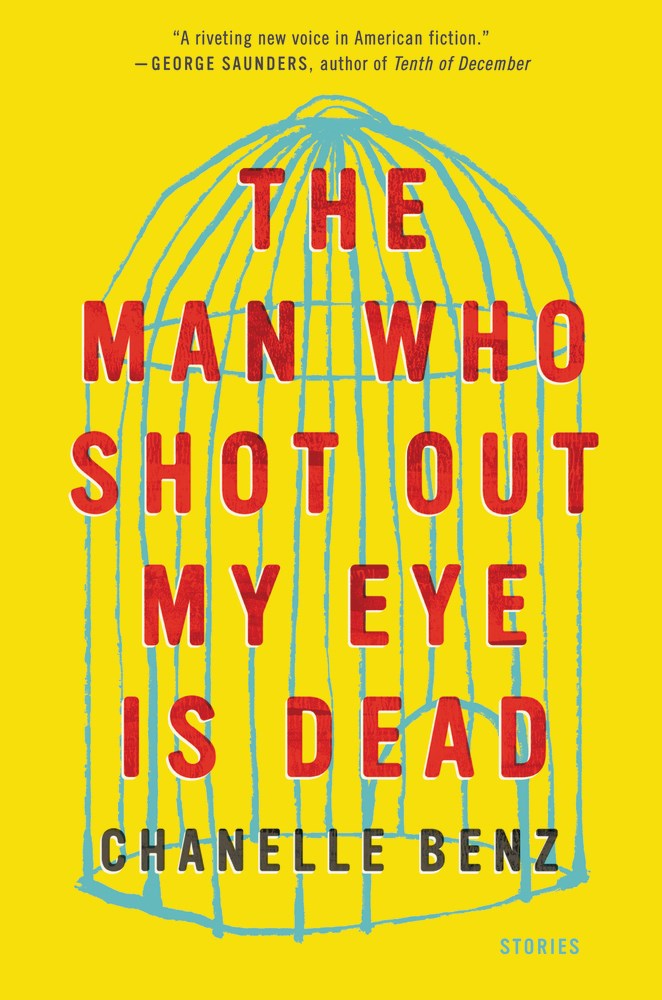 Chanelle Benz’s debut collection of stories The Man Who Shot Out My Eye is Dead is hard to define due to its impressive range in theme and tone. Debuts are always journeys through an author’s voice and style, but Benz pushes that envelope even further with these experimental stories and forms. Though her characters and plots stretch centuries and settings, they all share an elevated and microscopic study of race, history, and gender.

The opening story is the 2014 O. Henry Award winning “West of the Known.” Told in the old-fashioned voice belonging to Westerns, Lavenia joins her brother Jackson as an outlaw, gambling in saloons and robbing banks. The siblings met only recently, having been separated and raised by other relatives. Their relationship shows the sprawling gap in identities, as Jackson is reckless and bold, while Lavenia is naïve and doe-eyed. Parallel to the rough and wild shoot-em-up atmosphere is the intricately woven expectations of family loyalty vs. morality, which brings a deeply human aspect to an otherwise unsurprising storyline.

An example of Benz’s experimental story structure is “Adela, Primarily Known as The Black Voyage, Later Reprinted as Red Casket of the Heart by Anon. 1829.” If the title isn’t enough indication that this is an unconventional tale, the fact that it is a found text, complete with footnotes, should convince you. The story is told in the “we” chorus of a small-town gang of children who adore the town-outcast Adela. There is a sinister tone to their meddling schemes, made even more chilling by their innocent black-and-white view of society. In both structure and plot, the story is told in a baroque, Gothic style, though occasionally there is humor and modern-day progressive views that all add to the innovative way Benz has crafted her story.

Jumping narrative ships yet again, “The Peculiar Narrative of the Remarkable Particulars in the Life of Orrinda Thomas” is an 18th-century slave-narrative in diary form. A freed-poet, Orrinda finds herself traveling to the still-enslaved-Louisiana for a poetry reading with her benefactor. With touching passages and sad observations, Orrinda tells the harrowing events that she faces that are somehow unique to her while simultaneously being universal to many.

Showing off her range, Benz takes us to the 21st-century with “The Diplomat’s Daughter.” Natalia is kidnapped while on a mission trip in Kangwa, and she soon falls prey to Stockholm Syndrome, becoming ensnared in various terrorist and violent plots in the name of love. There are threads of family, identity, abuse, patriotism, and love woven throughout this one story, all told in a voice heavy with trauma and grim determination. The timeline jumps around, following no chronological order, but I found the way the pieces all fell into place as the story progressed to be fascinating and impactful to the plot as a whole.

The other stories in this collection keep with the pattern of surprising narration. “The Mourners” is a faith-filled, spiritual story with hints of Poe that follows a widow as she struggles to escape a 19th-century doctrine of mourning while also dealing with disappointing her family in her duty as a daughter. A sickly monk living in 16th-century Britain narrates his injustices in life in “That We May Be One Sheefolde.” And “James III” is set in modern-day Philadelphia, following quiet and good-hearted James as he grapples with a violent home-life and figuring out high school all at once.

Benz pulls the rug out from under you in almost every story, both in expectation bending and in her gut-wrenching narrations. There is no doubting her range and talent, and with fans like George Saunders and Helen Oyeyemi, she is sure to make a name for herself in the short-fiction world.

Chanelle Benz has published short stories in The American Reader, Fence, The Cupboard and Granta.com, and is the recipient of an O. Henry Prize. She received her MFA at Syracuse University as well as a BFA in Acting from Boston University. She is of British-Antiguan descent and currently lives in Houston.