‘Iceling’ Is YA Sci-Fi at its Most Engaging and Frustrating 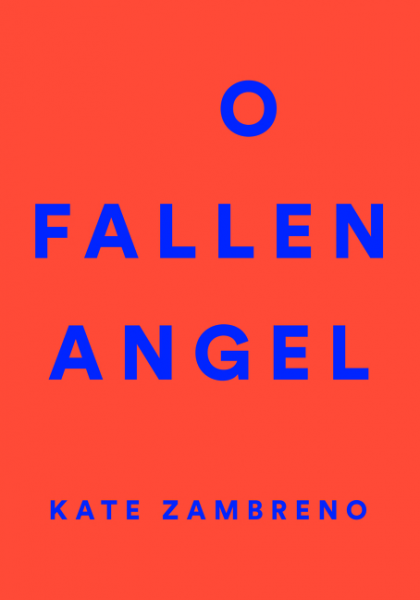 Kate Zambreno’s O Fallen Angel is not subtle, and that’s a good thing. It is a triptych of a novel—if you can really call it a novel. Zambreno’s defiance of the genre comes across loud and clear in each part of this bold work. The narration is strictly stream of consciousness, the timeline is mutable, the setting is Anytown, U.S.A., and the characters are caricatures, but Zambreno’s punching prose keeps everything fresh.

The protagonist is only “Mommy,” simultaneously title, name, and identity. A saintly and stagnant suburban housewife, Mommy is kept in comfort by “Daddy,” and keeps him in home-cooked meals, or at least home-microwaved meals. Xenophobic, homophobic, with frozen smiles, the family exists in blessed suburbia safe from the evils of the city. Mommy’s greatest regret is her daughter, Maggie, a good girl gone bad who moved to the city and fell into the baddest of bad crowds. Bipolar, suicidal, promiscuous, addicted to just about everything, Maggie is as stagnant as her mother, stuck in a vicious cycle. And then there’s Malachi, a fallen angel breaking out of his own cycle of stagnation. Malachi is possessed with dire fate, and he hurtles forward through the book with great inevitability.

The cyclically stagnant nature of the Mommy storyline defies the need for movement until her sainthood compels her to try to rescue Maggie. The repetitive nature of Maggie’s storyline becomes progressively worse, moving in a downward spiral that can only end badly. In contrast, Malachi’s fervent inevitability inundates the whole book with beautifully confused tension. Each voice is distinct and delineated by the style and images threaded throughout.

Zambreno’s prose plays with imagery that returns again and again to the familiar: mothers and children, princesses and happy endings, fate and predictability. We have seen these pieces before. We have seen stream of consciousness before. We know these female archetypes, the sainted mother versus the sinner daughter. Zambreno saves herself from the trite by embracing and crafting her story around them. Can Maggie be saved? No. Will she be saved? Maybe. Zambreno isn’t writing to change your life, and she isn’t writing to revolutionize the plight of women. She is writing to change the way you experience a story. She is writing to hit you in the gut in the very best way.

Kate Zambreno is also the author of Green Girl and Heroines. She is at work on a series of books about time, memory, and the persistence of art. The first, Drifts, is forthcoming from Harper Perennial in 2017.