Stephenie Meyer’s ‘The Chemist’ Suffers an Identity Crisis, But Is Movie-Ready 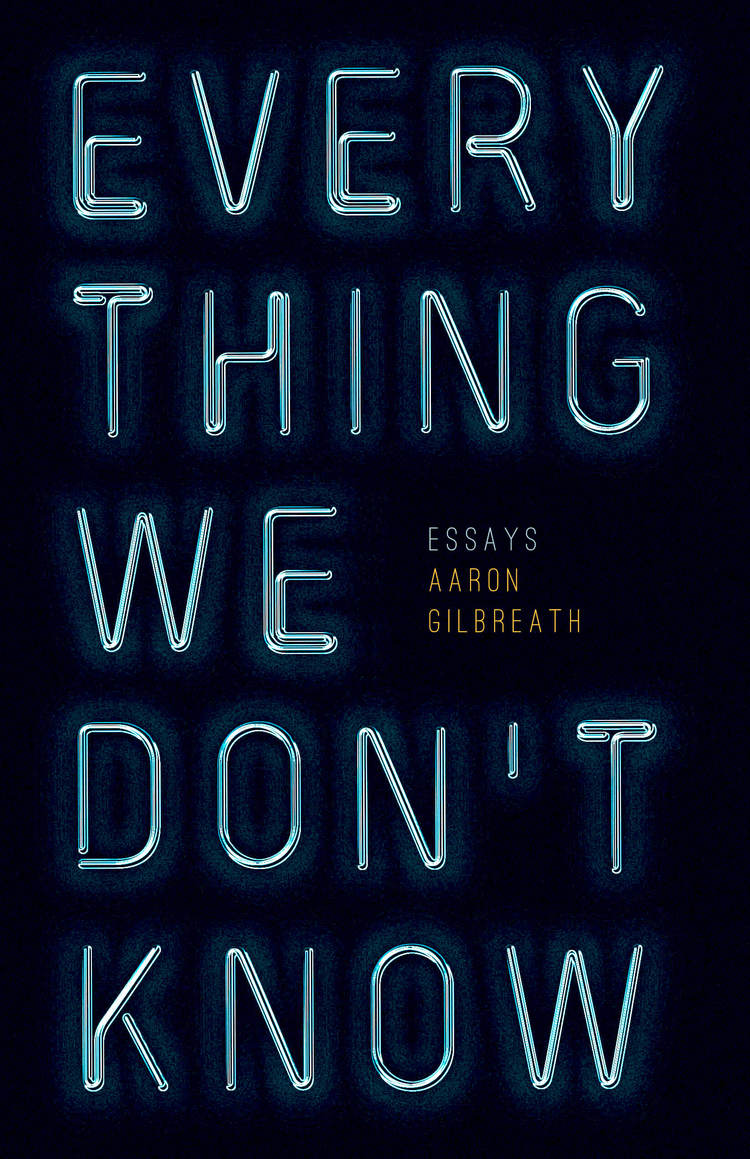 The titular essay of Aaron Gilbreath’s debut collection of nonfiction, Everything We Don’t Know, concerns itself with the Fukushima disaster. Experts argue that no radiation will reach the United States—even as sixty-foot chunks of concrete wash ashore in Oregon. Throughout, Gilbreath weaves facts into his narrative, largely about his dietary habits. His reliance on canned Japanese fish is a small detail, but one that’s well-chosen and horrifically effective in revealing the potential scope of nuclear folly: if one person needs to reconsider taken-for-granted fundamentals, widening scope to think of everyone, of all the people, becomes almost unbearable.

The nuclear theme echoes back to an earlier essay in the collection. Gilbreath reflects on his obsession with Googie/Populuxe architecture of the 50’s, once popular but gone to seed in his hometown of Phoenix. The style was a product of the yearning for progress specific to the decade, with its baby boom and suburbs and supermarkets. It’s easy, now, to see the era as one of folly—perhaps as we’ll see our current era in the same way. On modernity, he comments that perhaps the idea of nuclear science serving as savior “is no more outlandish than the modern idea that fast internet connections and shared information will somehow improve all human life, giving voice to the voiceless, eradicating ignorance, and erasing humanity’s religious and political devisiveness so that people across the world see that we’re far more alike than we are different.” Re-reading these lines in the days following our election was chilling and prescient.

Gilbreath is at his best when he reaches outside of himself. Throughout his essays, which sometimes feel like a cohesive narrative rather than a collection because of date-stamping, Gilbreath does drugs—weed, mushrooms, heroin, methadone—goes to shows, spends time outdoors, gets broken up with. He obsesses over one thing, then another, sells his collection of Star Wars toys to buy a mountain bike, regrets it. Women flit through the essays but have precious little to say.

Gilbreath sometimes veers into hangdog: he laments being an “aging bookstore clerk” in his early thirties like the job is beneath him; he’s insulted when he’s not promoted from intern to production assistant—a job held previously by a woman, and one who’s only twenty-five. Despite this, he can lavish praise on himself, such as when he ruminates on his latest flame: “I couldn’t figure out what she saw in me….maybe it was the side of me that served her perfect pots of oolong tea and could make silken tofu taste like scrambled eggs.” The effect of the self-congratulation feels like a quest to construct the perfect avatar, casting doubt onto who comprises the titular “we”—again, especially in the wake of the election.

The back matter of this book reports that Gilbreath is working on books about Japan and California. The writing herein that isn’t so self-centered plays to his strength—I look forward to seeing where such travel writing takes him.

Aaron Gilbreath is an essayist, journalist and burrito enthusiast. His essays and articles have appeared in Harper’s, New York Times, Paris Review, Vice, The Morning News, Saveur, Tin House, The Believer, Oxford American, Kenyon Review, Slate, Virginia Quarterly Review, Narratively, and Brick. His essay “\’ra-di-k?l\” from Hotel Amerika is a Notable Essay in Best American Essays 2013, and “Dreams of the Atomic Era,” from the Cincinnati Review, is a Notable in Best American Essays 2011. He lives in Portland, Oregon.