Christopher Priest Returns to the Dream Archipelago in ‘The Gradual’ 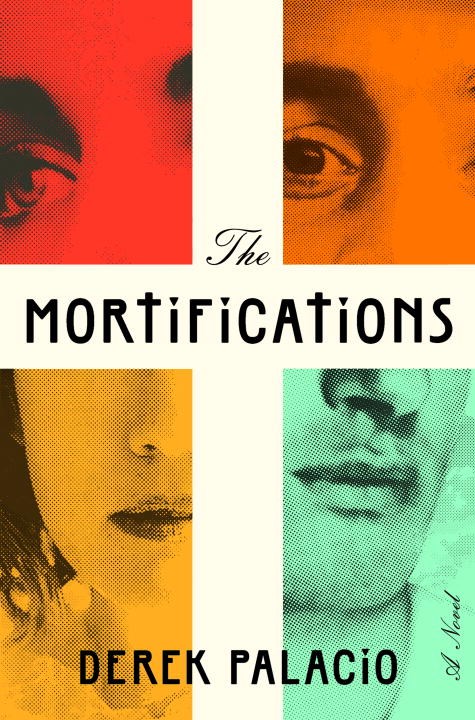 The catalyst for Derek Palacio’s debut novel, The Mortifications, is granted on page one: despite being impoverished, family patriarch and flagging political insurgent Uxbal Encarnación refuses to leave Cuba. Meanwhile, his wife Soledad, along with his children Ulises and Isabel, join thousands of other Cubans in the 1980 Mariel boatlift, pushing beyond Miami northward to Hartford, Connecticut.

Immediately, we are introduced to a standoff between conflicting parents and a family divided. As time goes on, the geographical, political, and spiritual divisions of the Encarnación family set the tone for this work of literary fiction, which delves more (at least more directly) into disparate family dynamics, mythmaking, and—both amorous and familial—love, rather than specific national and geopolitical ideologies.

Though Uxbal is left behind by his family, he is still an omnipresent entity among his loved ones, causing Soledad and the children to continue their relationships with him in various portentous ways. Perhaps, affected most profoundly is Isabel, who swears to Uxbal that she will remain chaste until he can select a fellow insurgent for her to marry; this arrangement being necessary so that Isabel may better procreate rebel offspring to continue the movement across generations. Now geographically adrift from her father, she opts to become a nun in order to uphold her promise. Meanwhile, Ulises appears to grow physically larger by the day and finds his calling not in religion but instead among Connecticut’s anatopistic tobacco fields, taking on the profession of his mother’s new lover, Willems. Soledad never formally divorces her Cuban husband, but is also sexually awakened once she has left him, as if trying to rectify her decision to leave Cuba via carnal distraction.

Rather than assuage over time, tension and confusion only intensify in the duration of Uxbal’s absence. Each family member can’t shake feeling bound to Cuba and their distant patriarch. Even Willems becomes somehow transfixed by the legend of Uxbal’s living phantom.

The frayed family connections are vaguely reminiscent of Cesar Aira’s The Hare, insofar as that certain aspects of family history must be tied up for clarity and that dyads of children are integrally symbolic. In Palacio’s case, the need to explain the Encarnacion family history is less demanding than Aira’s, thereby leaving readers more room to consider existential dualities. More plainly, there’s ample opportunity to consider the emotional and spiritual shades of gray.

What becomes clear early on in the novel is Palacio’s gift for pacing. The prose is patient and robust, without overindulging in longwinded, complicated constructions. The precision pays off, particularly in establishing complex characters that can’t be pigeonholed, despite having archetypical qualities. Palacio also distances readers far enough away to utilize Uxbal allegorically, but does so without nullifying familial sentiment. Uxbal’s humanity is transcended and ratified simultaneously. If there is a critique to be had here, it’s that Palacio falls back on phrases such as “back then” or “then this happened” a little too often, bringing attention to the narrator and removing readers momentarily from the story at hand.

The Power of Empathy in “When I Sing, Mountains Dance”

On another level, The Mortifications is a powerful vehicle for Palacio to examine his family history as a young Cuban-American. The plot considers what it means to be attached and removed from one’s homeland from multiple perspectives. There is a sense of both Cuba the forgotten, idyllic Utopia, ripe with gardens of juicy tomatoes, as well as Cuba the mysterious foreign land left behind and stripped from memory. After all, at its core, The Mortifications is a story about the immigrant experience. The novel is mythic and captures a pivotal moment in Cuban culture, but since it is honed on one family, it also intrinsically serves as a single incarnation of a specific diaspora.

Of course, the family’s distinct surname is not without mention. The individuals in the Encarnación family do indeed seem to go through many spiritual life cycles, each of which is grounded in compelling prose and elevated in ample cigar smoke, a duality which makes Palacio’s debut a truly enjoyable read.

‘The Third Hotel’ Is an Otherworldly Force Unto Itself