‘Hogs Wild’ Harks Back to the Humor of Mark Twain 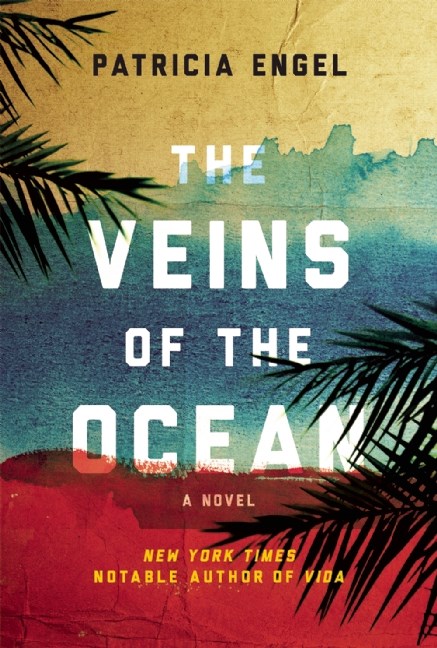 In the first chapter of Patricia Engel’s latest novel The Veins of the Ocean, a man named Carlito discovers his wife has been unfaithful, then throws his son off a bridge. This opening was originally a short story, but over the course of many years grew into the rich narrative of the man’s sister, Reina.

Reina blames herself for her brother’s imprisonment on death row, and her guilt defines her relationships as she migrates from Miami to the Florida Keys, Cuba, and Colombia. Through her eyes, we’re offered a compassionate look at Carlito, despite the heinous crime he’s committed. It’s a powerful story of guilt, redemption, and hope.

I recently spoke with Engel about The Veins of the Ocean, her experience as the daughter of Colombian immigrants, and about the idea of having a place to call home.

Rachel Léon: The Veins of the Ocean began as a short story, “The Bridge.” How did it evolve and grow into a novel?

My original design for it was as a short story, though it later became the opening chapter of The Veins of the Ocean, and “The Bridge” starts with the events on the bridge with Carlito first as a baby, and later as an adult. That was the story I was focused on at that time, which was about a sister dealing with the fact her brother committed this terrible crime, was incarcerated, and on death row. I write stories regularly and they stay as stories—that’s their destiny, you could say. But something about this one stayed with me in a way that other stories don’t, and I always felt pulled back to it.

But at the time that I wrote it, I was also working on my first book, Vida, and also in the years that passed, I wrote another book, It’s Not Love, It’s Just Paris. But all the while, I had this growing feeling that I would return to “The Bridge” and continue to write the story of Reina. I didn’t yet know how or where her story would go, but little by little, over the course of many years, threads and pieces came to me and it became a little clearer to me. I sat down to write the novel six years after I wrote that initial story.

Rachel Léon: Reina’s past and present are interwoven, though the narration remains in the present tense, which manipulates time in a really interesting way. Why did you decide to have the story unfold like this?

I didn’t think of timelines or time frames and past and present in rigid terms. In my mind, Reina was living both of those lives simultaneously. She was still very much living in the past, even if her present consisted of something else. But she was probably living in the past more than the present at certain points in the novel, so it was important to me to have the narrative reflect her consciousness, and how she’s grappling with certain things in real time; often these are things happened in the past, but the way they surface is very much part of the present. And the present is often contingent to how she processes the past in these particular moments.

Rachel Léon: As the daughter of Colombian immigrants, you grew up in two very different cultures. Does this experience lend itself to all the duality in the novel (such as Carlito’s imprisonment and the dolphin’s captivity, Reina’s guilt over her family and Nesto’s over his, and the dichotomy of the ocean, which is both a source of hope and destruction)?

I think that’s a very common experience, certainly mine, as a child of immigrants, and of many people who I know of similar backgrounds. You feel a push and pull between two countries. Sometimes the countries are in conflict in ways large and small. And these differences manifest in a person’s life depending on their particular upbringing or family structure, or even personality. There are these dualities that people who experience and participate and belong or don’t belong to multiple cultures live with constantly and internalize and are probably not even conscious of all the time. So I did want to express that it’s a type of exile and not just in the way we think of exile in the standard sense; it’s an estrangement, an imprisonment, and this type of isolation can be lonely and devastating.

Rachel Léon: There’s a lot of migration and movement in the novel. What does it mean to you to belong somewhere and to have a place to call a homeland?

It doesn’t really mean that much to me, to be honest, but that’s only because you’re talking to me at a particular moment in my life when maybe I’ve confronted that already. I understood very early on in my life, because I was forced to understand it by classmates in school or their families or neighbors, that even though I was born in this country, I did not belong here because my parents were foreigners. I never felt like the United States was fully my home because that was a message I was made to receive—and I got it, loud and clear. I still get this message on a nearly daily basis. I’m constantly asked where I’m from, even in this country, or asked where I learned how to speak English so well, that constant rub in the face of othering.

At the same time, even though I’m also a Colombian citizen and I’ve grown up traveling to Colombia, and spend a lot of time there, I never lived year after year there. In some ways, that’s home for me, and I feel a warmth and that there’s a place for me there. But I became very aware very early on in my life that the fact that I didn’t feel one hundred percent that I belonged to any particular place was not a bad thing, and it meant I could belong to many places and that there were parts of me that belonged to different places and that’s okay.

Rachel Léon: What’s next for you?

I have a few projects in the works right now. The Veins of the Ocean took me so many years to finish, I was living in the book for so long that just coming out of it is a journey in itself. Now, as I transition to my next novel, which is in the early stages, I’m working on some other things—some stories, a possible translation project, things here and there, but all leading up to another novel and some other cool things.