‘The Underground Railroad’ Breaks the Chains of Convention 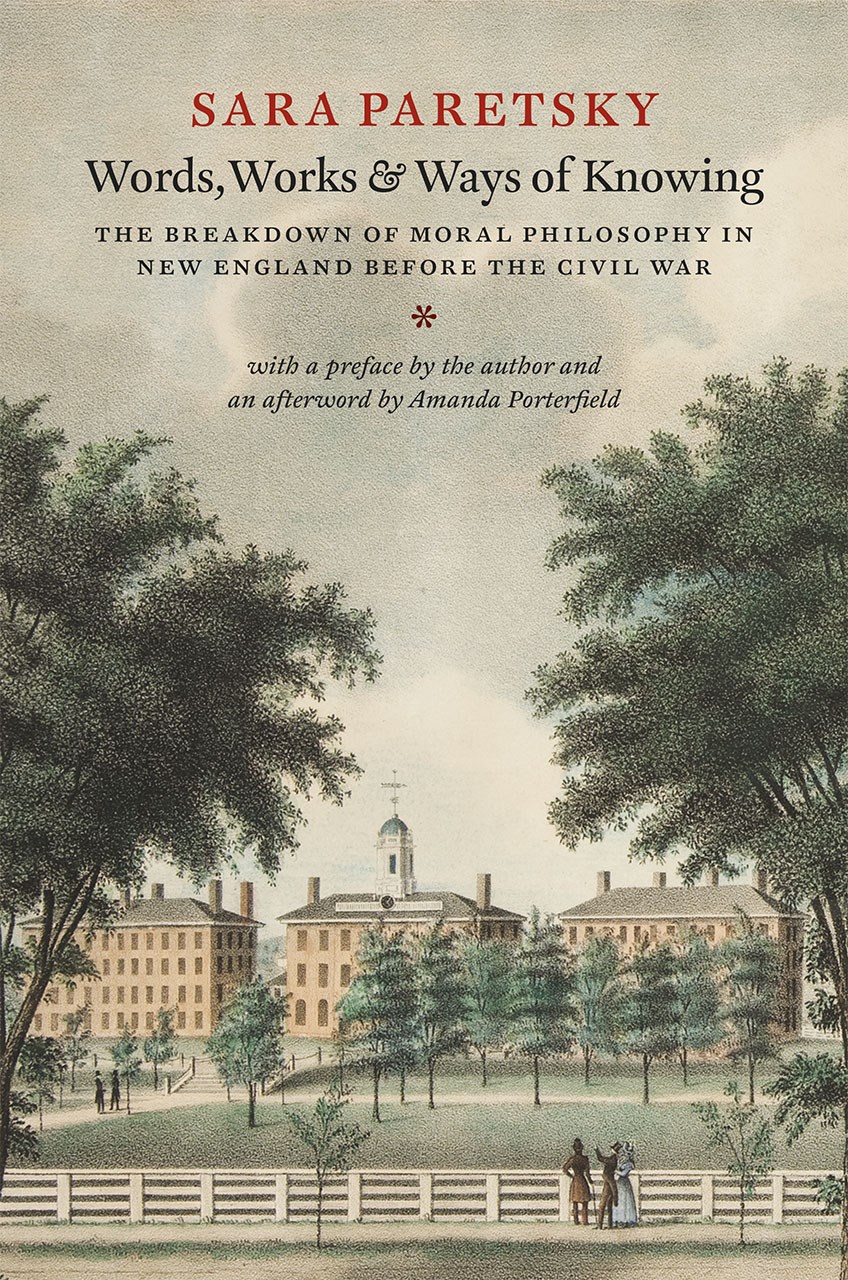 This summer was pretty busy for Sara Paretsky: she published two books. Sure, one of them you heard about. Brush Back, the 17th novel in the groundbreaking and best-selling private eye series featuring V.I. Warshawski, released in paperback June 4. Named by the Washington Post as one of the best books of 2015 (in hardcover) and “unquenchable need to know whodunit” by the Chicago Tribune, Brush Back in paperback got its fanfare.

The other book quietly put Dr. Sara Paretsky on another shelf altogether.

Words, Works, and Ways of Knowing: The Breakdown of Moral Philosophy in New England Before the Civil War is, yes, a book by Sara Paretsky. Sara Paretsky, Ph.D, by the way. Released June 14 by the University of Chicago Press, this publication represents the work Paretsky did for her doctoral degree in history—and her actual dissertation, presented for the first time in print with a preface from the author that looks back on this time of her life and the obstacles she overcame to finish the degree.

I recently spoke with Paretsky about this project.

Lori Rader-Day: Why was this topic so important to you at the time you chose it?

Sara Paretsky: I wrote two masters papers, one on the evangelical impetus to abolitionism. The whole phenomenon of religious revivals in this country fascinated me and in the 1830s and ’40s most abolitionists were looking at a gradual end to slavery. However, Theodore Dwight Weld, who had a saving conversion during one of the Revivals, realized that the only cure for the evil of slavery was an immediate end to it. He took the techniques of the revival experience and applied them to slavery. He held tent meetings that would go on for 10 days in which he preached the evils of slavery and the need for immediate abolition and he converted people throughout the Ohio River valley to Immediatism. My other paper dealt with so-called muscular Christianity, which underlay things like the YMCA movement at the turn of the 20th century. My dissertation is an intellectual history but it is connected to the historical importance of Protestant Christianity in American life.

Lori Rader-Day: At times your topic seems strangely relevant for the times we live in now. Since you finished the project and received your degree in 1977, how have you been surprised—or not—by its relevance to, say, the evening news or political campaigns?

Sara Paretsky: Biblical literalism was not on academic radar when I was writing my degree, at least not in general U.S. history. I did not know of Martin Marty’s work on fundamentalism, which he was doing at Chicago in the Divinity School because religious history was seen as somehow low class. When I defended my thesis one of my committee members wanted to know why I had written about a bunch of losers (if only I’d known then to tell him I was transcending the history genre). It was only three years later that Falwell burst on the scene bringing evangelicals into the Republican party for Reagan that we all became aware of the importance of this demographic. So I have to say that, yes, I was astonished to find out how very important this strand of American history continues to be.

Lori Rader-Day: Our country seems to be on an anti-intellectual slide in some ways. How can your research help us understand the complexities of our current political/social situation? Have you seen any examples where being open-minded to new truths can weaken and dilute a group?

Sara Paretsky: Anti-intellectualism is a constant in American life. One of the historians whose work I’ve always admired, Richard Hofstadter actually wrote a book about this in 1963 called Anti-intellectualism in American Life and his arguments are not dated even if all of the examples he draws on are, of course, quite old. The interesting aspect of my research was the effect that the so-called New Learning (in geology and philology) had on northern intellectuals in the mid-19th century. Everyone realized that the New Learning challenged biblical literalism and the divide became one between scholars who began to interpret the Bible allegorically and those who clung to a literal revelation. The literalists decamped from the northern universities and founded a Bible college (Bright) in Dallas, from which other fundamentalist institutions developed. So far from diluting or weakening the literalists, the New Learning rigidified their belief system and their political-social stance. Also interesting is that philology was much more threatening than geology and that both of these pre-dated Darwinian thinking by a good three decades.

Sara Paretsky: I was astounded that they wanted to publish it but also extremely flattered. My sadness is that I didn’t have the time or the energy to bring the book more fully up to date not just with the scholarship of the last 40 years but also my own expanded thinking on the topic.

Lori Rader-Day: In the preface, you write that “the path from a personal passion or interest to a finished dissertation is seldom direct…” I think that’s true of any finished project—a novel, for instance—and also that you may not be able to tell how the process of completing such a project will affect what comes after, professionally, personally. At the same time, you never pursued the direct path you thought you would when you started the program, that of university professor. How did your experience in your PhD program and with this project prepare you for the life you did have?

Sara Paretsky: These are the things I took away from my dissertation that have stood me in good stead. One, a certain doggedness about completing work that I begin even if my initial vision is one I’m unable to realize. Two, a passion for thorough and accurate research. Three, the knowledge that all writing can be improved by good editing and in the absence of an external editor one must be a ruthless and rigorous self-editor.

Lori Rader-Day: I love that your interest in history and social justice found its way from Calvinists pre-Civil War to contemporary mystery novels, but it makes sense. How do you think mystery and crime novels generally (and your V.I. Warshawski novels specifically) seek to attain the status of social novels?

Sara Paretsky: I think everyone has one or two fundamental questions about life that shape how they lead their lives. Mine have to do with a quest for the strength to stand up for what is right in the face of both minor and major opposition or even oppression. When I was 19 I didn’t have formal language for this quest but that urge brought me to Chicago to work on the periphery of the Civil Rights movement here. I think the quest also shaped the way I thought about American history and it certainly underlies and overlays my novels.