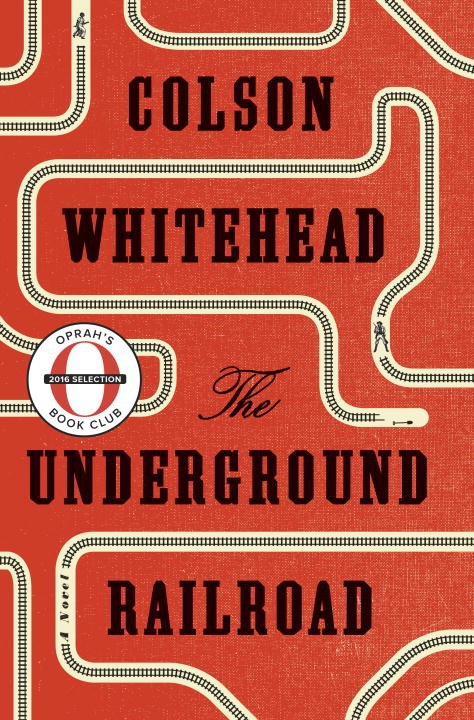 Colson Whitehead has roused the world with his newest release, The Underground Railroad, garnering a chorus of praise from  Oprah Winfrey, The New York Times, The Huffington Post as well as making the National Book Awards Fiction longlist—and rightfully so. The story follows Cora, a teenage slave, as she embarks upon the trek north using a literal, subterranean railway to liberation. Caesar conspires to leave soon after his arrival to the Randall plantation and convinces Cora to join him for luck, since the only slave to successfully escape was her mother, Mabel. With the savage slave hunter, Ridgeway, in pursuit, Cora relishes every mile between here and Hell, and every moment between now and death.

A striking command of language lets Colson approach this narrative without an element common in many other entries to the genre: slave dialect. Authenticity is falsely equated with the mimicry of how captive peoples spoke and is often more of a distraction that requires translation. Percival Everett’s Erasure features a main character who feels dialect can actually diminish black characters instead of humanize them and compels him to stage a one-man authorial revolution.

The Underground Railroad provides limited dialogue from the characters, but both Cora and Caesar speak plainly and think with a complexity that, if disguised in dialogue, could have cast a shadow over their nuances. When the two dismount the train at South Carolina, they feel they have reached a haven. Cora eventually obtains work in a museum exhibit where she is a specimen on display, acting out the everyday life of an African in different settings: in Africa before captivity, on a ship during the Middle Passage, and on the plantation. It is, in part, the inauthentic exhibit that drives her to stage a revolution of her own:

From then on Cora selected one patron per hour to evil-eye…  She picked the weak links out from the crowd, the ones who broke under her gaze.  The weak link—she liked the ring of it.  To seek the imperfection in the chain that keeps you in bondage.  Taken individually, the link was not much. But in concert with its fellows, a mighty iron that subjugated millions despite its weakness.  The people she chose, young and old, from the rich part of town or the more modest streets, did not individually persecute Cora.  As a community, they were shackles. If she kept at it, chipping away at weak links wherever she found them, it might add up to something.

Cora’s intelligence is refreshing and comes through in a way that broken speech could not convey. Even as a teenager, she holds a microscope over the practice of slavery and draws astute conclusions about its grander implications.

In an age where there is a debate about there being “too many” slave narratives, another aspect of this text that further sets it apart from other stories of its ilk is tone. The violence against the oppressed is offered matter-of-factly, but the devastation lies not only in Cora’s ambivalence about how she and her fellow captives are brutally treated, but also in the expression of sadness and rage when she is emotionally wounded. Cora considers her mother abandoning her with a pain that cuts deeper than any cat o’ nine-tails.

She asks, “Who was she? Where was she now? Why had she left her? Without a special kiss to say, When you remember this moment later you will understand that I was saying goodbye even if you did not know it.” Later in the novel, Cora daydreams about a life of prosperity that includes running into her panhandling mother on the street and dismissing her outright. Cora is following Mabel’s path but has difficulty connecting to her spirit because she feels her mother left her so easily.

The Underground Railroad does not need to jar audiences with its gruesomeness. It manages to do that work by exposing the trauma that results from the gruesomeness. The railcars seem to transport passengers (us included) through time as well as earth to illustrate the injustices executed against black people throughout history. From forced sterilization and secret syphilis trials, to the revelation of current police brutality against black people, Whitehead seamlessly ties the past to the present, turning history into a visceral experience that cannot be ignored.

The Layered Interpretations of “Brood”