‘Curioddity’ Will Make You Feel Like a Kid With Dreams Again 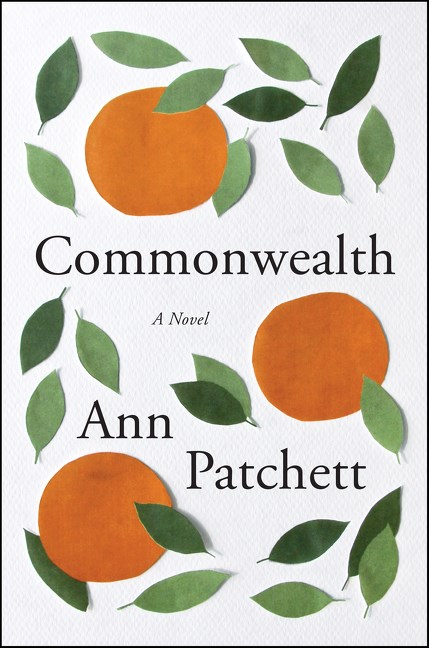 “Nothing will come from nothing,” bellows King Lear to his daughter Cordelia in Shakespeare’s play. “Nothing,” of course, is what poor Cordelia says when asked by her father to praise him, but her silence comes not from a lack of love. On the contrary; she’s tongue-tied from too much love. But her father misunderstands, and nothing is what she inherits.

In her new novel, Commonwealth, Ann Patchett continues the Western tradition of forging domestic drama out of deep familial misunderstandings. Meet Fix and Beverly Keating. They hold a party on the day of their youngest daughter’s christening, and Bert Cousins, a colleague of Fix’s (Fix is a cop, Bert a D.A.) arrives uninvited. He’s let through the door anyway, because he’s brought with him just what the party needs—a bottle of gin. After a few glasses, a flirtation develops between Bert and Beverly, and the two share a boozy kiss. It’s a small misstep that leads to larger mistakes. When we meet them again, decades have passed and Bert and Beverly’s lives have taken unpredictable turns, as lives do. They’ve divorced their spouses, married each other, and divorced again. Likewise, their kids have learned to love and loathe each other before discovering as adults how to be friends.

It’s between these two moments in time—the present day and the day of that party so many years ago—that this tale of two suburban families, forced to merge, unfolds. Structurally, the novel is non-linear, jumping through time to show how the families have healed—or not—from each other’s mistakes and betrayals—all of which are relatively tiny in the grand scheme of things. Indeed, with the exception of an unexpected death when the kids are still young, their lives are without extraordinary incident.

In this way, Commonwealth is an achingly realistic portrait of white, middle-class family life as it has existed the last sixty years or so: There are birthdays and anniversaries, bad relationships and good friends, regrets and half-assed declarations of forgiveness. But despite its pedestrian subject matter, the book is not boring, not even a little. That’s because Patchett’s writing gathers power in small moments. Take, for example, this short exchange between Bert and his troubled teenage son, Albie:

They were both looking at the lighter on the table. When Bert reached down to take it Albie swept it into his hand, looking right at him. That was the moment: either Bert would hit his son or he would not. Albie held his cigarette down and lifted his face, eyes wide open. Bert straightened up, stepped back. He had never hit is children. He would not hit them now.

Here Patchett captures Bert’s anger as well as the pride he takes in self-restraint, while simultaneously getting so right the self-righteous boldness of angst-ridden young men. Her writing is economical in word count but rich in emotional subtext.

Then there’s the ease and beauty of her prose. Patchett’s sentences unspool like string tied to a kite in strong wind. They are sharp but accessible, a testament to a writer who has perfected her craft. She’s certainly put the hours into doing so. Commonwealth is her seventh novel. Her earlier works, like State of Wonder and Bel Canto, received considerable critical acclaim (Bel Canto was also adapted into an opera in 2015). Her three book-length forays into nonfiction—Truth and Beauty, The Getaway Car, and This is the Story of a Happy Marriage—further attest to her talent for eking stories worth telling out of troubled relationships.

Commonwealth is not perfect—a few loose ends never tie up—but neither are families. By examining those imperfections and the pains that loved ones take to overcome them, Patchett has written a family drama for the ages.