Jessie Burton’s Second Novel, ‘The Muse,’ Is Even Better 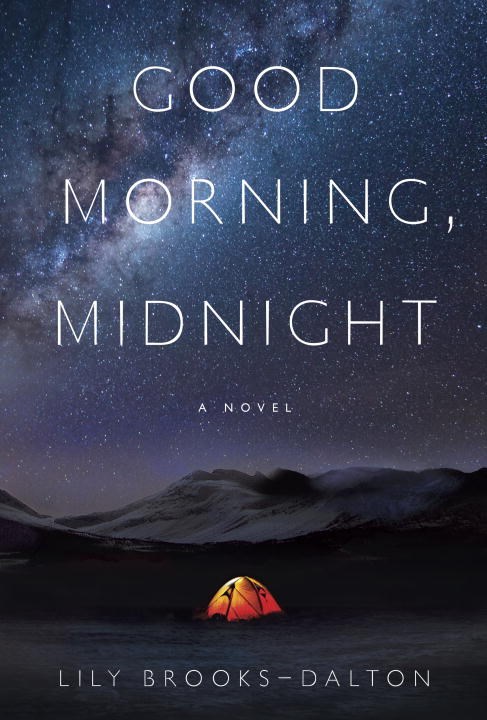 The end of the world seems so imminent these days. In book after book, authors imagine exactly how it might happen, but Lily Brooks-Dalton is less concerned with cause than effect. Her new novel, Good Morning, Midnight, examines the depth of humanity and the inner reflection one might experience when faced with “the end.”

When the world goes dark, aging scientist Augustine is alone in the Arctic, while Sullivan and her team are returning from a space expedition to Jupiter. Brooks-Dalton switches between the two narratives, stretching and flexing her literary prowess by describing both settings with intimate and beautiful prose, exploring just how expansive human resiliency can be.

I recently had the chance to speak with Lily Brooks-Dalton about quiet apocalypses, guilt according to gender, and what it means to make discoveries without having an audience to share them with.

Sara Cutaia: Apocalypse stories have been resonating in the canon over the past handful of years, and yet Good Morning, Midnight takes a much wider scope on the topic than what we’re used to—all the way into space! What was the inspiration for reaching so far away from Earth?

Lily Brooks-Dalton: I think when we imagine what the aftermath of such a cataclysmic event might look like, the global disruptions often hinge around two things: mobility and communication. No internet, no cell phones, no long distance travel. This isn’t a genre rule, obviously, just something I’ve noticed. And while these limitations make a lot of sense and create a crazy new reality, they also tend to narrow the scope of the story and the characters. This micro view, of what our world might look like without all of the infrastructure, is wonderful, but in this novel I wanted to zoom out and take more of a macro view. I wanted to contextualize the end of humanity’s reign alongside the enormity of our surroundings and that necessitated a different kind of gaze, one that came from without as opposed to within. Astronauts sometimes refer to the shift in awareness that occurs when viewing our planet from space as “the overview effect” and I wanted to try and create that sensation with a piece of fiction.

Sara Cutaia: This is your first fiction novel, following the 2015 publication of your memoir Motorcycles I’ve Loved. What differences did you find in writing non-fiction versus fiction?

Lily Brooks-Dalton: So many differences! Motorcycles I’ve Loved was a story that demanded to be told, something I needed to write before I could really move on and work on other things. It required a lot of emotional energy and processing and wasn’t a particularly enjoyable thing to write or to promote, but I needed to do it anyway. It was rewarding in a lot of ways, while simultaneously being very challenging. Good Morning, Midnight, on the other hand, was so much fun to work on. The challenges were on a craft level as opposed to an emotional one. It was relief to just tell a story instead of trying to tell my story.

Sara Cutaia: Sullivan constantly grapples with her decision to follow her vocation as an astronaut instead of motherhood. Some of her regrets are because she misses her daughter, but there is also the underlying guilt of abandoning her duty as a mother in order to explore the unknown. Similarly, Augustine has left a family in search of academia and research, and yet his guilt is closer to internal regret, and it’s not society inflicted. Is this perhaps subtle commentary on the stigma that women are expected to sacrifice dreams and jobs in order to raise a family?

Lily Brooks-Dalton: Certainly. This question also makes me think about how incredibly long it’s taken Augustine to hold himself accountable for his actions, whereas Sully has been dragging herself through the mud all along. Is this disparity gendered also? I believe it is, to a certain extent. And while I would agree that society inflicts some of these differences, I’d also posit that it goes even deeper. So much of the book is about what is left when everything else is taken away, and so the fact that the residue of that guilt and those unfulfilled expectations remains even without a society to reinforce it—to me that is a desperately sad and deeply affecting reality. The expectations of what women should value and what they are responsible for have permeated our culture for so long that it makes me wonder: if we all woke up in a totally different society tomorrow, would these gender disparities still exist? And how long would it take for those stigmas to fade? A decade? A generation?

Sara Cutaia: I’ve been describing Good Morning, Midnight as capital-L Literary science-fiction dystopian to people. What compelled you to write a quiet, character-driven apocalypse compared to the action-packed, chaos-filled sagas that have been so abundant?

Lily Brooks-Dalton: To be honest, action and intricate plots just aren’t my strength. I appreciate them very much as a reader, but the empty spaces, the interiority of individuals—that’s where my writerly tendencies lie. And from the beginning, I wanted to capture the absences left by the apocalypse, not the chaos. I’m so interested in the psychological reckoning that would come in the wake of something like that, and while the logistics of a collapsed global infrastructure are fascinating too, it’s already been written about so beautifully. I don’t think I could improve or add to the works that have nailed that aspect. So I put the chaos to the side and focused on these very personal journeys.

Sara Cutaia: The details of both space and the Arctic are so vivid—how did you achieve such an authentic feeling for two such unfrequented places?

Lily Brooks-Dalton: I’m so glad you think so. I did a fair amount of research on both landscapes, reading astronaut memoirs and astronomy text books and nonfiction narratives from researchers and explorers of both settings. I tried to let the research guide the writing and not the other way around. For instance, I found this fantastic little book by Ian C. Jackson called Does Anyone Read Lake Hazen? about spending a year or so at an Arctic weather research station in the 50s. So I read that, and suddenly I knew the whole second half of the Arctic narrative needed to hinge on this weather station at Lake Hazen. I also watched lots of movies and looked at photography books—I think the visual mood was important for the story and for my process, so it was helpful to glean inspiration from various mediums, not just the written word.

Sara Cutaia: The title, the epigraph, and even one of the character names all reference Jean Rhys’ novel of the same name. What themes, if any, from her novel most heavily influenced your own?

Lily Brooks-Dalton: I should probably mention that the title is originally from an Emily Dickinson poem, and so the epigraph for Rhys’s novel is the poem in its entirety, while the epigraph for my novel is a quote from Rhys’s book. I loved the idea of using an line from the first Good Morning, Midnight as a way of tying all three pieces of writing together, and leapfrogging across influences and eras. So yes, Jean Rhys’s book influenced me quite a bit, as did Dickinson’s poetry. Rhys’s novel digs into isolation and connection in such important and artful ways, which are the bedrock of the story I wanted to tell also. There are absolutely other themes I could tease out, but I think it was the gut-wrenching way that Rhys writes about loneliness that really caught hold of me.

Sara Cutaia: I found it interesting when Sully mentions that her work and the astronauts’ mission are pointless now, without having an audience to share their findings with. At the same time, both Sully and Augie stress their personal independence and their outsider natures, insisting to themselves they don’t need the company of others. The juxtaposition of such stances with the actual truth of the matter is loud and clear by the end of the novel. Do you feel this extends outside of science? That the arts and humanities—even the human experience, too—needs a connection with an audience to matter?

Lily Brooks-Dalton: Well, Sully and Augie are so absorbed with their audience and their results that they aren’t able to connect in any other way, and I think that is their fatal error: their belief that sharing only happens with an audience. Over the course of the book, they have to reckon with the fact that without an audience they don’t know how to value or experience connection. So while I do feel that connection is vital to who we are in all aspects of life, whether that’s science or art or just being human, I don’t think that an audience is ever really necessary.

For me, that word implies judgment and impersonal spectatorship, and an isolation-then-connection timeline, if that makes sense, something like: I make a thing, I discover a thing, I feel a thing, and then I share it, but only when it’s finished. There’s nothing wrong with that sequence, but it isn’t the only course available to us. So often a moment of sharing becomes the beginning of something—or the middle, or the end, or a constant variable. Do we need to share our art, our discoveries, our data with an audience for them to matter? I don’t think so. When I write in my journal it matters, and yet no one will ever see it. I don’t need an audience for that—but I did need to connect with something along the way in order to put pen to paper at all.

Mark Thompson Guides Us Through the Solar System