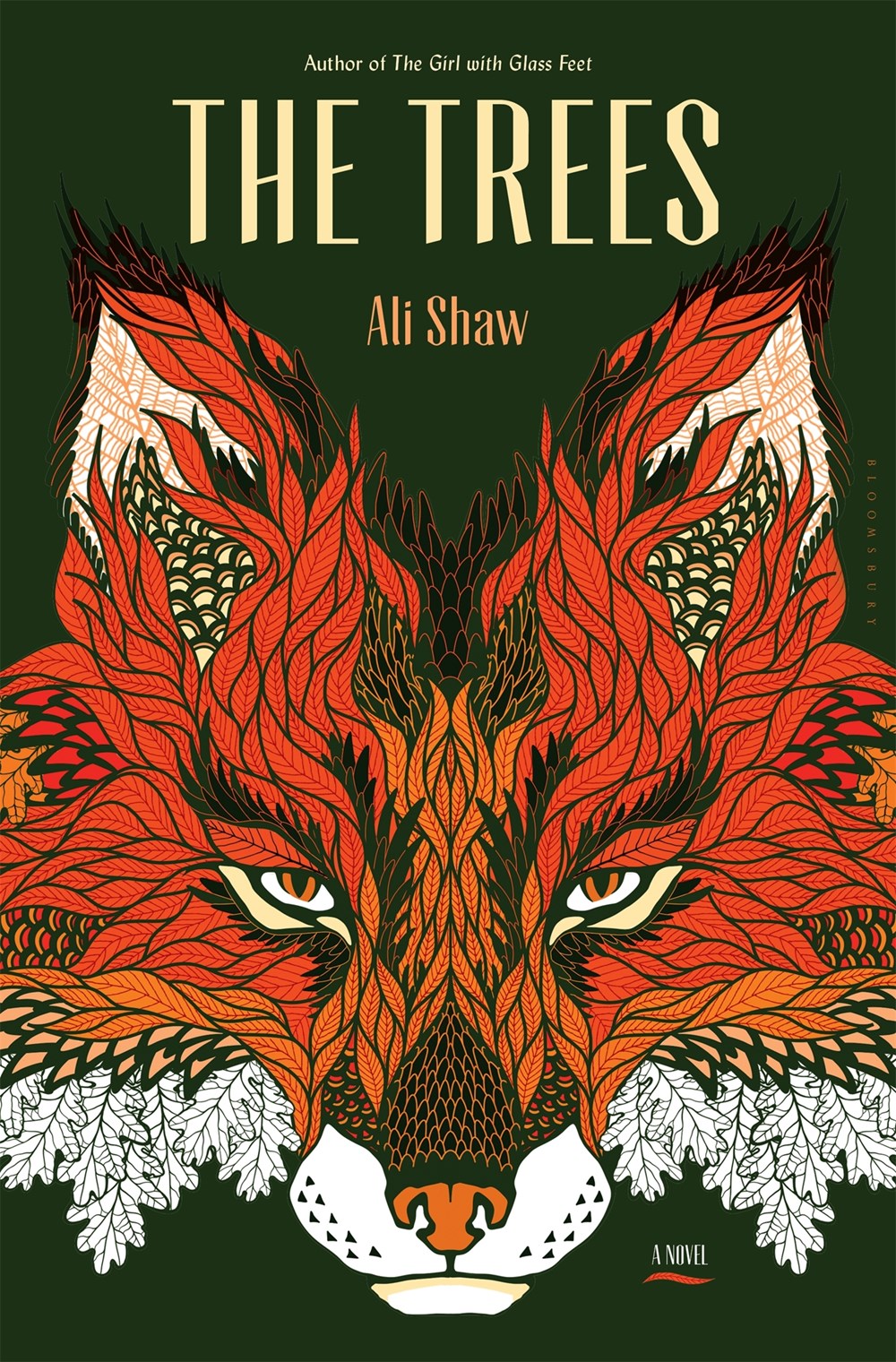 In Ali Shaw’s The Trees, the end of the world comes swiftly. The trees enter in the dead of night: huge, bursting from the ground, demolishing everything in their path. In seconds, they are here, forever changing the face of the world. Combining magical realism with an apocalyptic tone—not unlike Emily St. John Mandel’s Station Eleven—The Trees is a painful reminder of how ruthlessly mankind is treating our world.

Adrien Thomas is stunned, like everyone else. His home is literally torn apart, and his quiet neighborhood in England is unrecognizable. Buildings are cut in half, bodies are broken and bent high in the branches, and life is suddenly at the mercy of nature. Hopeful that someone will start to put the world back together, Adrien is content to wait. However, it’s clear that the trees have sprung up in more than just Adrien’s hometown, and no help is on the way. Panic sets in as Adrien realizes his wife—miles away in Ireland—has no way to contact him.

Reluctantly teaming up with his neighbor Hannah and her teenage son Seb, the three head out to find Hannah’s forest-loving brother and Adrien’s wife. The further the group travels, the more they realize how truly changed their world is. Deep within the trees, inner demons and deadly enemies reveal themselves, and the strength of Adrien’s humanity is tested. Otherworldly creatures have arrived along with the trees: tiny stick animals and vanishing throne-trees whisper to the travelers, and more than once they encounter foreign beasts that seem to have come straight from legend.

Vladimir Nabokov is said to have insisted that knowing the names of trees—even their scents—will make a writer better. Ali Shaw has proven Nabokov at least partially right with his intimate knowledge of bark and foliage. The first part of the novel inundates you with sensory details until each leaf stands out in perfect clarity. Shaw uses Hannah as his mouthpiece, gifting her with a lifetime of knowledge about the woods and an equal amount of love and respect for them. Indeed, she seems to be the only one who thinks the coming of the trees is a cleansing of sorts—nature’s last resort to mankind’s mistreatment of its bounty. She is the antithesis to Adrien, who “hated gardening, the falseness of it.” The narration drifts between these two most frequently, giving a nice ebb and flow of reaction to the apparent end of the world.

Through the course of the novel, each character’s transformation is as drastic as the world’s. They are forced to do things that would have been unthinkable before the trees. Hannah’s rose-tinted glasses shatter to reveal the unforgiving side of nature. Seb, a tech-savvy kid, learns to accept the vastness of the world outside of a screen. And Adrien faces what’s held him back his entire life: his own self-loathing.

This self-loathing is crippling, and makes Adrien afraid and doubtful. “He wanted to be a good man, ideally a great one. A man who would go down in history… Yet he also wanted to get up late. He wanted to sit for most hours of the day in his boxer shorts [and] eating junk food.” His self-deprecation gets a bit old after so many inner monologues, and his motivation to find his wife seem like a chore, but I suppose that’s perfectly in character.

Thankfully, new allies offer different outlooks. Enter Hiroko, a fiercely independent Japanese hunter whose defenses are whittled away by the gentle prying and support of her companions. She and Seb possess a youthful, delicate acceptance and a determination to survive. New foes offer different insights, such as Leonard and his lack of qualms about the creatures of the forests. A self-invested man, he is disliked by our heroes, but has information they cannot refuse.

At times, the suspense misses the mark. Punch lines don’t land, or a big reveal is included in a run-on sentence, taking the air out of the surprise. The magical realism is often overdone, describing in minute detail the same thing again and again each time the characters chance upon it, until I was left with little room for my own imagination. The concept of tree spirits and woodland creatures is engaging, even deliciously frightening at times, but in the first half of the book the encounters are too sparse.

And although each of the travelers adapts, deeper character development often falls flat in the wake of the forest’s mysterious whispers and rustlings. Dialogue sometimes feels forced and awkward; the things each character has to say are interesting, but phrases end up coming out like narration rather than natural conversation.

An unfortunate cause may be the novel’s length. Many chapters speed by at a clipped pace, with engaging plot developments and beautiful sentences such as, “Adrien watched a lone pink petal flitter through the air, then ruin the secrecy of a spider web.” But eventually a passage describing a flashback or an oncoming storm appears, and the story feels heavy. Many instances are rich with potential, but never come full circle.

The ending, though, proves Shaw is a gifted writer when at his best. Push through the frustrating passages, and you’ll be rewarded with some truly captivating prose.

‘The Sunlight Pilgrims’ Reminds Us to Look for Light Amid Darkness