Margo Jefferson and Darryl Pinckney on the Black Bourgeoisie 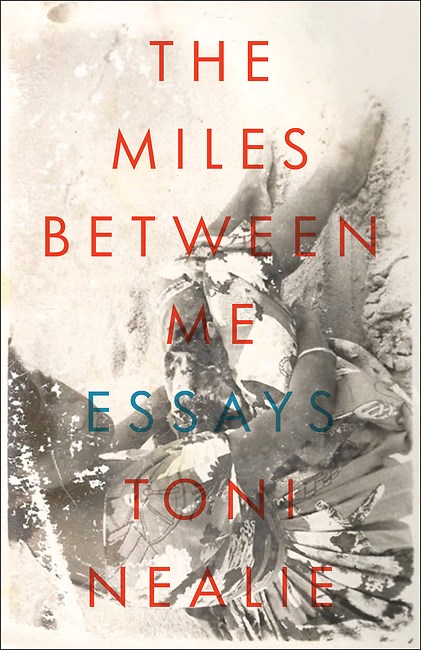 Toni Nealie’s identity—her heritage, home country, offspring, career, and relationship—began to unravel when she relocated her family from New Zealand to the United States just before September 2001. Her first collection of essays depicting this liminal phase, The Miles Between Me, is so staggeringly intimate, it feels a bit like viewing an autopsy through a Go-Pro. With a deft hand and a knack for piercing details, the Chicago author examines the death of her familiar New Zealand surroundings, her stillborn life in America, and the miles between as two continents and identities clash together in a surprising rebirth.

Nealie’s exhumation begins with a section of essays appropriately titled “Unraveling.” What starts as a straight-forward but fluid description of the circumstances that led to Nealie and her family’s relocation to America quickly spirals into the darkest corners of Nealie’s inner-thoughts. A self-described “woman who had grown up aware of the power of my own agency,” Nealie suddenly experiences “suburban neurosis” in America. The following section, “Bequeathed,” is a bizarre corkscrew of mixed thoughts and meanderings. Perhaps the most disconnected section, “Bequeathed,” is also the most memorable for all its strangeness.

Nealie digs into her family’s past, and in the final section, “Miles Between Me,” eventually finds herself exploring Pakistan and India in an effort to connect to her roots. What Nealie discovers is that “home” is an arbitrary idea, but one that is undeniably part of our identity, no matter which “home” we claim.

In “Trailing,” Nealie recounts the days leading up to her family’s move to America in 2001, when the country’s fears were heightened by any person whose skin was tanner than their own. “Meditations on Brownness” examines “how…brownness is perceived by others,” the fears, the stereotypes, the worries, the emotions, and the humor. She admits to worrying about the brownness of one of her own sons.

“Bequeathed” examines the items in our lives that we often take for granted: medals, photographs, fairytales, or trusts. Nealie connects each item to her own story, particularly to her grandfather, whose legacy is a source of intrigue and mistrust.

Finally, the eponymous “Miles Between Me” is Nealie’s best and most heartfelt attempt to answer the questions that have haunted her life: “When we excavate the earth, what do we bring from the past into our future? How do sediments connect us to our earlier selves, our heritage, our conflicts, and rifts, our disrupted families?”

Tags
Curbside Splendor The Miles Between Me Toni Nealie

The Horror of ‘Everything We Don’t Know’