A Love Letter to the Midwest: John McCarthy’s Ghost County 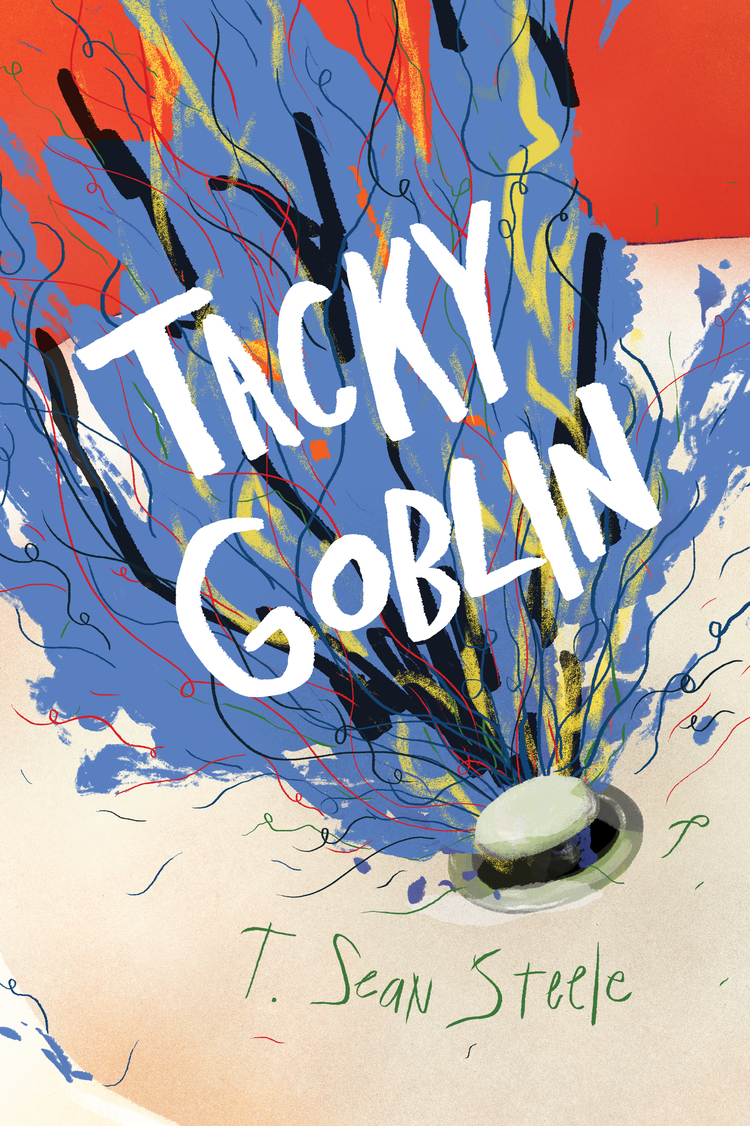 Tacky Goblin, T. Sean Steele’s debut novella from Chicago independent publisher Curbside Splendor, began as a blog back in the fall of 2013. Two years later, Steele submitted the compiled entries and won Curbside’s inaugural Wild Onion Novella contest. Joe Meno, who judged the contest, called Tacky Goblin “the future,” while Stuart Dybek called it “a wonderful debut by a talented, comic writer.” The novella follows a brother and sister navigating LA and Chicago as they carve out a place for themselves amid the chaos and distractions of the two cities. Along the way, they run up against the first wave of post-singularity Nebraskans, seedy landlords, soul sucking (literally) décor, significant others who pop in and out of existence, and a dog slowly transforming into a human baby.

Steele, a native of Chicago’s western suburbs, now lives along the mysterious dividing line between Avondale and Logan Square. We met over sweaty, $2 pints of Pabst Blue Ribbon at Rainbo Club, a bar that belongs equally to the creative energies of Liz Phair and Nelson Algren. Insulated from packs of Blackhawks fans descending on the Division Street sports bars, and exposed to the occasionally loud and still raw public mourning of Prince, T. Sean and I touched on how his blog went from WordPress to novella, finding success as a young writer, and the growing field of fictive autobiography.

Give me a sense of the origin story for Tacky Goblin. What brought you to the project in the first place?

My sister, Kim, who is the main character of Tacky Goblin, had a blog. I knew I was moving out to LA, and Kim was already writing about LA, so I figured I’d do one to copy her. I was also just monkeying around with WordPress. I did a straightforward blog and a movie review blog, but those only lasted one or two posts. Tacky Goblin was different. I sat down to write the first entry and I realized I had to make things up to make the blog interesting. I just started having fake things happen to the two of us. It stuck.

Were there any hang-ups when Tacky began? Were you conscious of the fact that you were just writing into the void of the Internet?

Tacky Goblin started as a bit of a lark, mostly as a vehicle to tell jokes or to introduce weird elements so it could have emotional subtext or whatever. I didn’t tell anyone about the first three posts. After the third one, I told Kim—her reaction was ‘whatever’—but then Kim started reading it and began putting the entries up on Facebook. A following grew from there.

So are diary entries and blog posts your style?

Tacky Goblin was definitely separate from everything else I was writing. In college, I wrote stories in a traditional narrative—in a voice that wasn’t my own. I got yelled at a lot for writing too much like Kelly Link. While I worked at a production company in LA, my bosses were aware of Tacky Goblin and they wanted me to write one of their products in the style of Tacky. It didn’t work. It’s hard to have a character writing in the style of a blog living in the Old West. I tried to tell them that, but they didn’t listen.

There’s quite a few characters and antagonists in Tacky Goblin that seem to represent the demons that often haunt and stalk twenty-somethings—diabolical landlords, learning how to make friends, mold on your bedroom ceiling that doesn’t want you to move to LA. Was that intentional?

It’s funny. I didn’t think about any of that consciously while I was doing that—other than I was writing in my room and there was mold on the ceiling. The blurbs and comments I was getting all referenced the feeling of being in your early 20s. I was in my young 20s when I wrote it and still am. It does have an element of that whiny, pseudo-existential angst with no basis for having that angst whatsoever. At some point, I did become aware of it. I saw some terrible movie about young people in LA worried about their future, and I thought, Oh god, what have I created, I need to take this off the internet. And it wasn’t my intention, I tried to play that all off for laughs. I was most interested in the jokes.

You seem fairly comfortable referring to the character Kim in the novella as your sister and referring to yourself as a character even though the narrator is unnamed.

Yeah. I knew who my audience was when I started writing the blog. At the time, when I sat down to write these, I didn’t see these becoming a single printed volume. My intent in writing it was ‘Kim would say something funny’ and I’d say, ‘I have to write that down’ and I’d leave it as a short piece online. But this also went with building an audience. I wanted to introduce characters that people would recognize. As for introducing characters, I got away with a lot of stuff—stuff I don’t think I could get away with if people were expecting a traditional book. There’s a chapter called “Retcon: I Have Friends” and in comic books Retcon is short for retroactive continuity—where you can add things into the past. So I just gave myself some friends. So at the end of the LA section, I just sort of start referencing these friends—Alec and Janette—who I’d been supposedly hanging out with the whole time. It ended up being a really savvy move on my part because now Alec and Janette are going to give the book to their friends because they’re characters in it.

Specifically Kim’s character and my character—my goal using myself in the first person was to make myself sound as idiotic as possible to balance out Kim’s character. Kim’s character is almost psychotic. Maybe even a villain. Just kidding, Kim’s a cool character. The character who’s me isn’t like me in real life at all though. It was just an ‘I’ voice that I liked to write. Who knows who that is.

There does seem to be a bit of a tonal shift when the narrator and Kim move from LA to Chicago. The characters really move from fabulism in LA to a very grounded realism in Chicago. Was that the space you were in when you were writing it?

It definitely was. I had a real writing job in LA—so while I had that job, Tacky was really an escape from my day-to-day. When I moved back to Chicago, I didn’t have a writing job and I was reading a lot of Jim Harrison. It was cold here and depressing. The brunt of the early part of the book is all dialogue. It started to lose that. I got further and further away from the fantastical elements. The novella becomes a bit more melancholy. In terms of the overall arc of the book, it fit. It’s really easy when you write in real time as a diary—the passage of time structures your book. You’re not the same person you were when you began writing it.

Were people picking up Tacky midstream and assuming it was nonfiction?

That was part of the fun. Everyone who read it assumed it was based in the truth. And it was. Some things did follow the general arc as things that actually did happen, but I also made some super mundane things fictional—I made Kim a bartender. It was fun to mess with the audience.

I have a new project in the works. It’s a horror novel—who knows what it’s going to end up being though. When I’m not writing, I work at City Lit Books. On Saturday, April 30, there’ll be a big release party at City Lit Books, where I work, starting at 5 p.m. It’ll be hosted by Sarah Sherman of HellTrap Nightmare, and will feature readings from Halle Butler, author of Jillian, Sarah Carson, a poet and author Buick City, and James Tadd Adcox, author of Does Not Love. Jenna Caravello who illustrated the book and book trailer will be there too. Once the readings wrap up, we’ll move over to Rocking Horse. And after the release party, it’ll be super convenient to sell—I’ll just force everyone who comes into the store to buy a copy. It’ll be a bestseller pretty quickly.