The Writer Who Tracked Down Her Own Rapist: I Will Find You by Joanna Connors 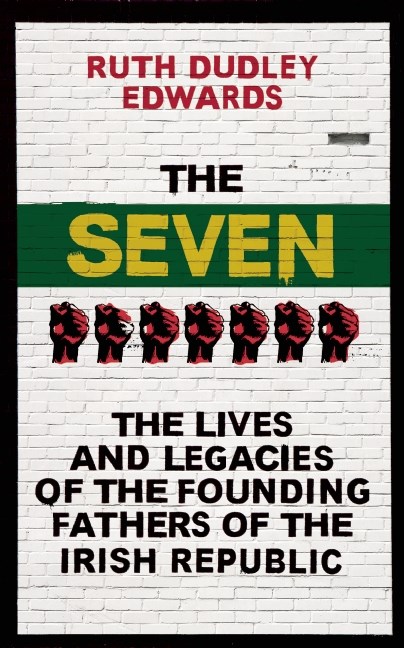 In 1883 Alexander Sullivan, the Chicago-based leader of the extremist group Clan na Gael, sent a young Irishman across the Atlantic to London. Thomas Clarke’s mission was to bomb the Houses of Parliament as part of a campaign to win Irish independence by force.

The plot was a failure. The would-be terrorist was arrested with days of his arrival and spent the next 15 years in prison, awaiting his chance to strike again. It came in 1916, when Clarke and a handful of other radicals launched an insurrection that changed the course of Irish history.

In The Seven: The Lives and Legacies of the Founding Fathers of the Irish Republic, Irish-born journalist Ruth Dudley Edwards explores the lives of the men behind the Easter Rising, an armed revolt that destroyed much of central Dublin, killed hundreds of combatants and civilians, and created new martyrs for the nationalist cause.

The fighting began on April 23, which was Easter Sunday in 1916. With Easter celebrated in late March this year, the centenary of the Rising was marked last month with ceremonies across Ireland. The milestone also unleashed a flood of books on the origins and impact of the revolt.

Edwards’ contribution is this detailed examination of the seven signatories to the proclamation that launched the Rising. “Ireland, through us, summons her children to her flag and strikes for her freedom,” their manifesto declared. While the revolt lasted less than a week, the author contends their rash actions condemned Ireland to almost another century of political violence.

She has harsh words for the leaders, an unelected “secret clique” that tried to plunge Ireland into revolution with little public support (only about 1,800 took up arms, compared to the 200,000 Irish soldiers who fought for Britain during the First World War).

Edwards also condemns the Rising as an attack on constitutional democracy. After decades of turmoil and political wrangling, Ireland was about to attain the same self-governing status as Canada and other former British colonies; the events of 1916 plunged the country into civil war and sectarian violence.

Clarke was the “the spider at the centre of the conspiratorial web,” she writes. The harsh treatment he endured in prison intensified his hatred of the British and made him “the primary, consistent driving force” behind the Rising.

His co-conspirators were a motley crew of writers, teachers and poets, and included a labor leader who had once served in the British Army. A common enemy, Britain, dissolved their differences, and all seven believed they were following in the footsteps of Wolfe Tone, Robert Emmet and other long-dead nationalist heroes.

The key member of the group was Patrick Pearse, a skilled orator and persuasive writer who drafted the Proclamation; had the uprising succeeded, he had been tapped to become president of the new Irish Republic. He was volatile, passionate and determined to take up the mantle of Ireland’s freedom-seeking “dead generations,” as he put it in the Proclamation.

Edwards cut Pearce down to size in an earlier biography, portraying him as a selfish, flawed hero whose affection for the boys he taught at a private school bordered on pedophilia. He was “tormented man,” she writes in The Seven, with a personality so complex it offered “enough material to keep a symposium of psychiatrists arguing for a week.”

Insights such as these form the heart of the book. The author’s deft character studies bring these larger-than-life figures down to Earth and she explores their motivations and failings as well as their deeds. Personal details, such as the fact that one of the seven named his dog Kruger, after the South African leader who fought Britain in the Boer War, show the depth of their resentment of British rule.

Dennis Hopper’s Gilded Days in “Everybody Thought We Were Crazy”

The Rising was doomed from the start. Pearse and his compatriots assumed the British would not bombard Dublin, where the insurgents occupied key buildings (they did, even bringing a warship up the River Liffey for added firepower). They also believed, wrongly, that the British were too preoccupied with the war in France to divert soldiers to Ireland.

Their worst miscalculation, however, was to ally themselves with the Germans, who failed to deliver on promises to supply weapons. It was bad enough that the Rising was, as Edwards puts it, “a murderous stab in the back when the United Kingdom was in grave peril.” The wartime act of treason justified the execution of the seven ringleaders and eight others.

Britain’s harsh retribution backfired. Irish nationalists rallied to complete the work of their newest slain heroes, Edwards notes, transforming the Rising into “a catastrophe that poisoned Irish veins with the toxin of political violence.”

There would be more bloodshed before Ireland (minus the predominantly Protestant northern counties) became an independent republic in 1937. Tom Clarke’s mission to free his homeland succeeded, long after he set out from America in the 1880s.

NONFICTION – HISTORY
The Seven: The Lives and Legacies of the Founding Fathers of the Irish Republic
By Ruth Dudley Edwards
Oneworld Publications
ISBN 9781780748658

———
Dean Jobb teaches creative nonfiction and journalism at the University of King’s College in Halifax, Nova Scotia and is the author of Empire of Deception, the true story of Chicago’s master swindler of the 1920s, Leo Koretz.