C.J. Opperthauser’s Poetry of Place: Cloud the Shape of Bedroom 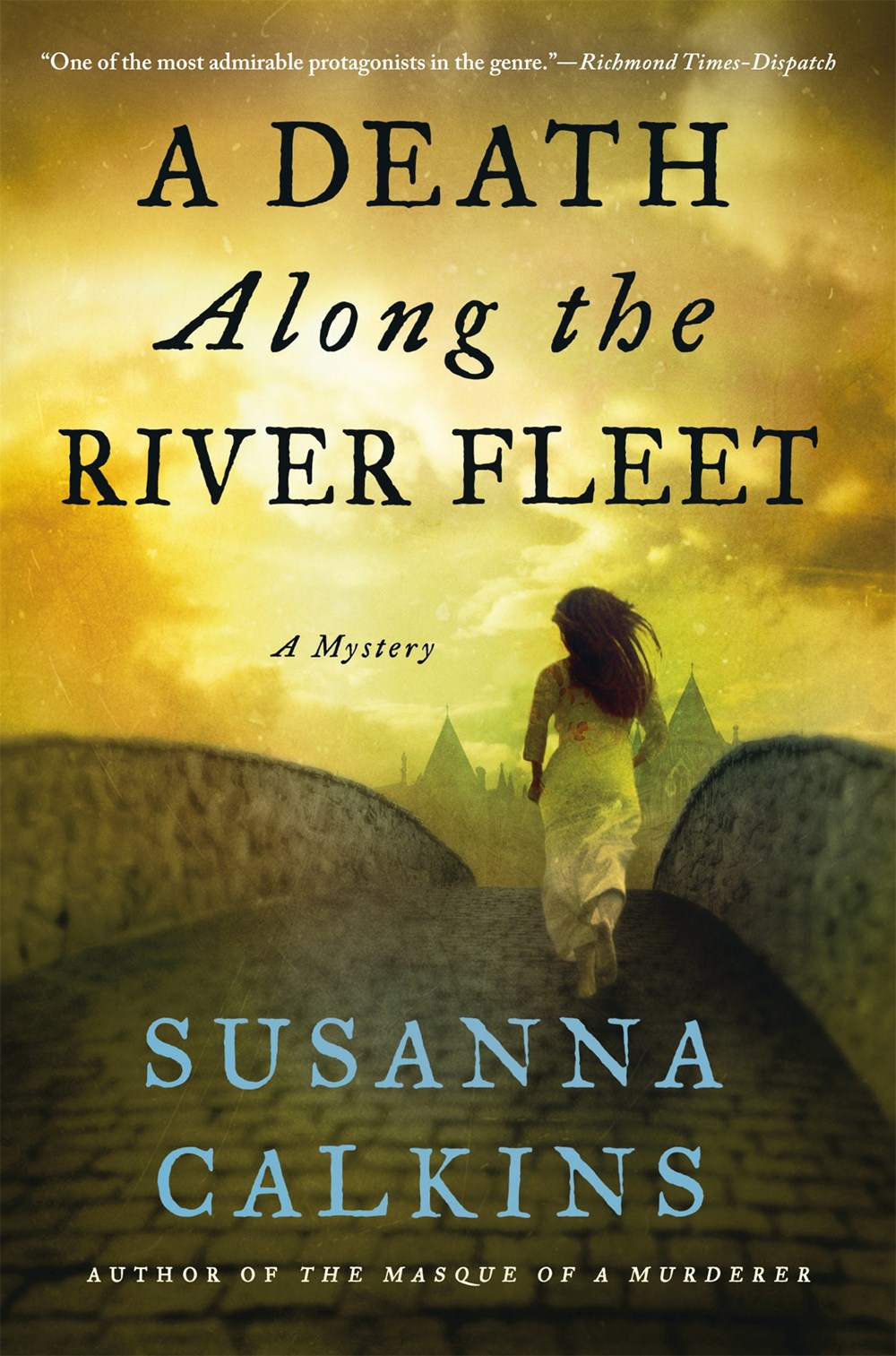 On a brisk morning in April 1667, Lucy Campion, a lady’s maid turned printer’s apprentice, encounters the ghost of a woman wandering Holborn Bridge over the Thames. Lucy’s initial shock at the blood-splattered figure fades as the fog gives way, exposing nothing more than a pale, shoeless woman—albeit one seriously disturbed. Concerned about both the woman’s troubled state of mind and the bold bruises on her wrists, Lucy engages the stranger, setting them both on a dangerous quest for the truth.

So we embark on the fourth installment of Chicago author Susanna Calkins’ Lucy Campion mystery series: A Death Along the River Fleet. It’s possible to enjoy this absorbing story without the background of the previous three novels, but readers looking to truly dig into the lively historical fiction series can start from the beginning with A Murder at Rosamund’s Gate.

Equipped with a doctorate in British history, Calkins brings the world of 17th-century London to life, while also crafting a plot filled with murder, class issues, and humor. Long-ago London serves as a brooding setting for plucky Lucy and her mysterious, amnesia-stricken charge from page one:

Lucy Campion slipped toward the vast wasteland where London’s busy markets had once bustled. Since the Great Fire some seven months before, the region was silent, lifeless—the ash-covered rubble and charred tree stumps were a grim reminder of all the city had lost.

Through a series of adventures with well-drawn characters, it’s discovered that the “touched” woman in Lucy’s care is Octavia Belasysse, the presumed-dead daughter of a nobleman, and one afflicted with epilepsy. Despite her beauty and wealth, Octavia’s illness long ago aligned her path with that of the desolate London Calkins opens with: Due to a twist of fate, in Octavia’s case the genetic sort rather than the fiery, her seemingly assured future went up in smoke.

Whether Lucy can help Octavia find her identity and remain safe from those who seek to harm her rules the second half of the novel. Octavia’s returning memory leads the duo even deeper into a web that reaches from the dining rooms of highest society to the grim shanty-like lives of the least fortunate, with more than one murder adding even greater mystery to the mix.

In truth, the murder elements take a backseat to a number of social, economic, and religious themes. Calkins’ explorations of superstition and medicine are particularly interesting, as she examines how the uneducated believe Octavia’s physical illness is a sign that she is “be-deviled” while doctors abhor the mystical view in the face of science.

We also get a glimpse into a place of despair for the mentally ill during those times: the dreaded asylum. Calkins delves into the treatment of the virtual prisoners in those institutions, as well as how money really can buy everything—including an indefinite reservation at the neighborhood asylum for someone you’d like removed from the public eye.

Anguish and Acknowledgment in “Unwell Women”

There is an engaging feminist angle given to both Lucy and Octavia despite their vastly different backgrounds as well: Lucy asserts herself as a smart and capable woman intent on following through on her mission despite judgments from her derisive peers, who accuse her of consorting with the affluent “devil woman” and “spreading [her] legs for the master” in order to move up in the world.

Similarly unwilling to fit the mold that society has dictated, once our noblewoman Octavia remembers more about how she ended up alone and bloodied on Holborn Bridge, she is increasingly unwilling to reenter the gilded cage her family kept her in her entire life, even if it means stepping into the unknown.

Despite the heavy topics of murder and mental health, A Death Along the River Fleet is a quick, relatively light read. It’s easy to pick up the book with a plan to read for a few minutes only to find you’ve sped through 100 pages. Calkins has crafted a brisk, fascinating novel, dripping with historical intrigue.