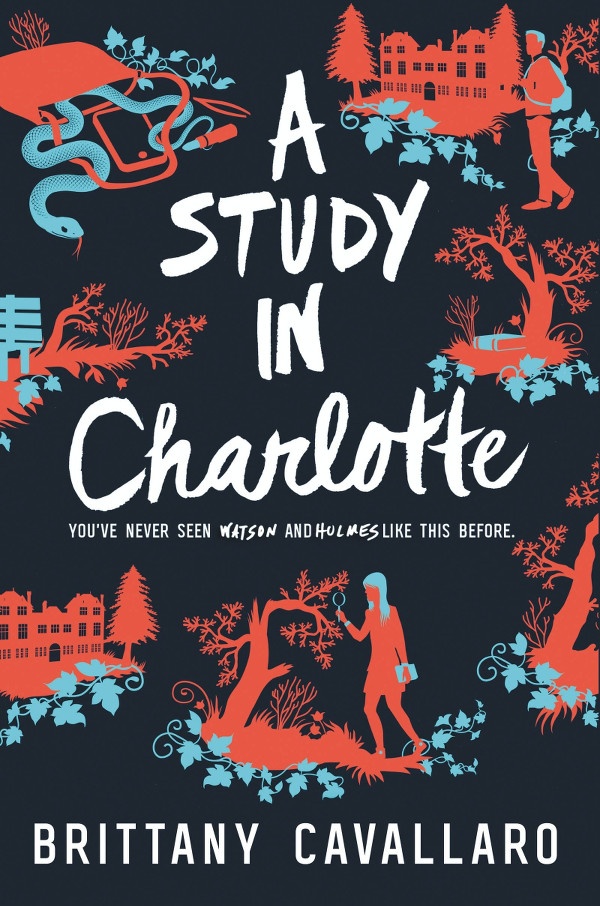 Sir Arthur Conan Doyle’s most beloved fictional character—Detective Sherlock Holmes—has been adapted and modified by countless writers, filmmakers, theatre directors, and TV execs over the past century. But until Brittany Cavallaro‘s YA novel, A Study in Charlotte, Sherlock had never been a teenage girl.

Set at a prestigious boarding school in present-day Connecticut, Cavallaro’s clever and compelling spin on the classic Holmes story, “A Study in Scarlet,” follows the adventures of Charlotte Holmes and Jamie Watson, the great-great-great-grandchildren of Doyle’s iconic investigators. Naturally, one of their classmates has been murdered, but despite writing for a younger audience, Cavallaro doesn’t pull any punches: the dead student once sexually assaulted Charlotte, making her the prime suspect. It’s breathlessly entertaining, surprisingly poignant, emotional, and luckily just the first book in a planned trilogy from HarperCollins.

This weekend, Brittany Cavallaro is in Chicago for the three-day pop culture convention C2E2 (Chicago Comic & Entertainment Expo)—signing books and appearing on a few panels—along with hundreds of other writers, artists, and actors, as well as tens of thousands of fans. The Chicago Review of Books spoke with Cavallaro about adapting an iconic literary character and tackling serious subjects in YA books.

For most of the writers I know, novels begin with a single image, place, idea, or character in their mind. What initially sparked the idea for A Study in Charlotte?

Definitely a girl Holmes. I knew from the beginning that I wanted to write a Holmes story with a teenage girl genius. I also knew I wanted it to be a fish-out-of-water story for her boy Watson, and so I decided to set it in America. Though there aren’t striking parallels between the plot of Doyle’s “A Study in Scarlet” and my novel, it important to me that he felt as lonely as Dr. Watson feels at the beginning of the classic stories. 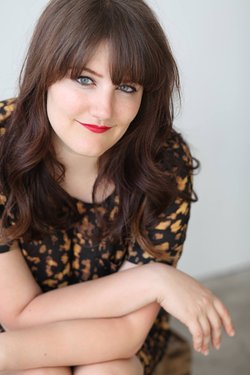 Why did you relocate the setting from London to Connecticut?

Picking Connecticut was more or less a logistical choice—quite a few of the schools that I (partially) modeled Sherringford on are located there, and as a Midwesterner, I’ve always found that state in particular to feel a world apart from the place I was raised. I also knew that I wanted Watson and, to a lesser extent, Charlotte Holmes to feel out of their elements when they first meet, and that I wanted Holmes far away from her family’s resources and oversight.

Why tackle serious issues like sexual assault and drug addiction in a YA series?

There are so many wonderful YA novels that take on those subjects straightforwardly and make them the main crux of their story. I think it’s invaluable to be a teenager who’s feeling lost, alone, and overwhelmed, and to have access to stories that might mirror theirs, to show they’re not alone. When I started imagining A Study in Charlotte, I knew I wanted to address those topics in more of a slow-burn kind of way. They’re part of Charlotte’s story, but they’re not her whole story, and we’ll see the effects of them more and more as the rest of the trilogy plays out.

Did you read a lot of Sir Arthur Conan Doyle while writing A Study in Charlotte? Do you have a favorite Sherlock story?

I did! Well, I’m always reading a lot of Doyle—I’m a Sherlockian to the core. I have a lot of different favorites, but in terms of sheer pleasure, “The Musgrave Ritual” has always been my favorite. I love a good country house mystery, and this one has intrigue and puzzles galore.

Your book, and your appearance at C2E2, coincides with a shift in the comic book industry where strong female characters (and talented female writers and artists) are finally becoming more prevalent. However, a vocal minority of (sexist, bigoted) readers is up in arms at once-male characters becoming female. How do you respond to those kinds of complaints?

Honestly, with something of a shrug. We can only have the same story so many times. I wrote A Study in Charlotte partially as a fix-it novel, because I got so tired of seeing girl characters who were only there to advance a man’s story. That’s so far afield from my own experience that it bewilders me. And still as a teen reader (and fangirl) I accepted it as par for the course, that girls didn’t have their own stories, and when they did they ended in a kiss and a fade to black. There’s pleasure in that kind of narrative, for sure, but it’s not the goal of the story I’m telling.

The other thing that was important to me was to see what happened when I took the traits that make us love Sherlock Holmes—the misanthropy, the addiction, the too-odd-for-this-world-ness that’s been appropriated for so many male geniuses in so many procedurals—and gave them to a character who we tend to dismiss. Our culture loves to dismiss teenage girls. Would we still like a girl with those qualities? I didn’t write her to be likable, per se, but I was curious as to what the response to her would be.

Have you been to a comic convention like C2E2 before? If so, how do they compare to literary festivals? If not, what are you excited about?

I haven’t! I’m a bit low-energy (or rather, high-energy until I totally collapse), and so while I’ve made plans to go to SDCC a few times, I’ve always ended up staying home. I am really excited to go to C2E2, though. I grew up near Chicago, and I’ve heard wonderful things about this convention. I’d be lying if I said I wasn’t most excited to see all the awesome cosplay.

Are you a reader of comics or graphic novels? If so, who are some of your favorite artists or writers?

I am! Mostly graphic novels, and some all-time favorites are Craig Thompson’s Blankets and absolutely anything by Adrian Tomine.

What can you tell us about the next book in the Charlotte Holmes series?

Winter break. Kidnapping. Europe. Poison. Moriartys. Kissing (but maybe not who you think). And lots and lots of art forgery.

Note for our Chicago readers: Attending C2E2 this weekend? Brittany Cavallaro will be signing books and appearing on a few panels.

A Queer Reimagining Of Sherlock Holmes