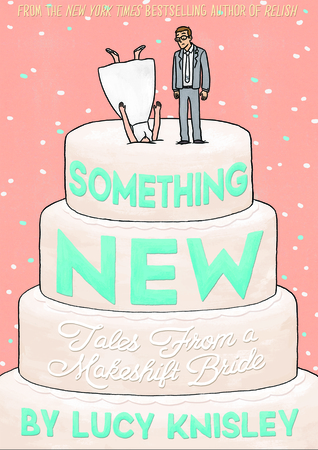 Not all comics books are about superheroes and aliens. Some writers and illustrators, like Chicago’s own Lucy Knisley, combine the paneled, visual mode of comic books with memoir, satire, and other creative nonfiction. Perhaps best known for her New York Times-bestselling graphic memoir Relish, a celebration of our relationship with, Knisley’s next book, Something New (May 3), is about her adventures planning a DIY wedding: a feminist vs. the American marriage-industrial complex.

This weekend, Lucy Knisley is in Chicago for the three-day pop culture convention C2E2 (Chicago Comic & Entertainment Expo)—signing books and appearing on a panel—along with hundreds of other writers, artists, and actors, as well as tens of thousands of fans. Knisley talked with the Chicago Review of Books about the art scene in Chicago, women in comics, and how a good memoir takes more than just elephants.

You’ve said that you’ve always loved comics, but how did you settle on the medium of graphic memoirs?

When telling a personal story, there’s always room for interpretation—if it’s a play or movie, the actors and director interpret and express things through their own filters, even if it’s a book, the reader can imagine the scenes and characters—but I find that comics are a uniquely specific way to tell true stories. It’s sort of a “this is how it was for me,” rather than a “here’s what happened.” You can focus on the things that you noticed or experienced, and it gives the reader a way to really experience something through your eyes. I often write about food and smells and other sensory experiences in my graphic memoirs in order to enhance this part of reading a true story—comics allow the reader to experience not only a story, but how that story felt and smelled and tasted, through the author/artist’s telling. 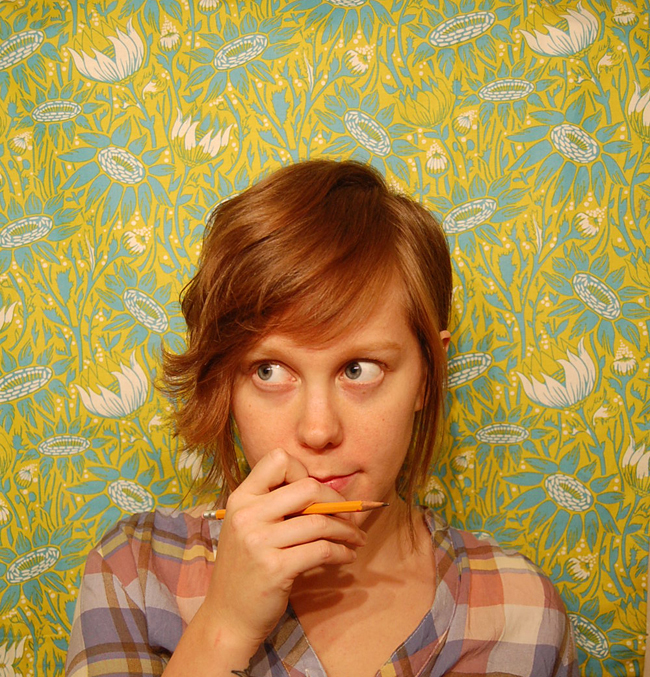 You’ve written about food and travel, theme parks and weddings. How do you decide what will make a good graphic memoir? What do you think you will cover next?

Not everything is comics-worthy. I do a lot of stuff in my sketchbook that never sees the light of day. It’s only when an experience has deeper contextual meaning within my life that seems to be relatable that those stories make publication. I did a whole travelogue about going to Africa that I never published, just because the whole story was “Look! Elephants!” and held no deeper meaning in my life other than that elephants are cool. I like to focus on telling stories about transitional periods, growing up and coming to realizations and going through some sort of change.

My first book, French Milk, was a travelogue about Paris, but it was really about being adrift as a young adult, finding my way and reconnecting to my mother now that we were both in new places in our lives. Relish, my food book, was really about the relationship between memory and sense, and family and tradition. The theme park comic was really about the relationship my friend and I had, as so many do and did, to a book series while we were growing up, and what it meant to be a fan of something. The wedding book, Something New, was really about finding my place as an adult woman and partner in a world set up to commodify and outwardly define female adulthood and partnership.

The next few books are similarly about one thing, but really about more. New Kid is a book I’m making about my experiences in high school, and how being an artist was not often something that fit in to the general classroom setting, but how I was rescued by caring educators and artists who recognized that artist behind the kid that was being expelled from school.

I was delighted to see Chicago figure so heavily into Relish, since so often books about American food center around the restaurant scene in New York. I know you’re a transplant to the city, but obviously as a travel memoirist, a sense of place is important to you. How has living in Chicago informed your work?

My mother was an artist and chef in New York in the seventies, eighties and nineties, and the stories she tells and that I remember from that time are all about how artists were everywhere; washing dishes and cooking meals and babysitting. New York has become so expensive and precious that everyone who does those jobs are doing it as their full-time long-term gig. You can’t afford to live there and be an artists anymore, because getting a rent job to support your art is no longer really an option—even the dishwashers have a culinary degree from the CIA!

Chicago, when I moved here, was much more like the stories my mom told about New York in the seventies—artists everywhere, making art and paying the bills with jobs in other industries, and bringing their creativity to those industries. It’s a city that can support artists, and support newer, younger ones at that. The coasts are amazing and have amazing artistic history, but younger artists struggle with the high rents, few jobs and obscurity in a world where established artists fill the galleries and museums.

I love that Chicago is allowing art to grow and bloom here, that people can afford to be an artist and make art about interesting things, all over the city. I think this energy brings so much creativity that is much harder to find in places like New York, where there is so much competition and expense. I’m really proud to have lived here for more than ten years, and to have seen the art scene in Chicago grow and develop, and watched young artists flourish, rather than struggle so much as they so often do back east.

You’ve chronicled much of your 20s in books and online, and you’ve said your next book will address your high school years. Do you think your confessional memoir style will change as you move into your 30s?

Yes, I think (and hope) it’ll always change and develop. The difference between the work I do that is immediate (like my travelogues and, to an extent, Something New) and the more memoir-style work (like Relish and New Kid, the high school book) is clear—memoir is memory in context, rather than recent experiences recounted. But I think that my voice will remain fairly alike to the voice I’ve always had—questioning and clueless, mostly, but also wondering. I think parenthood will change my work a bit, and shift it slightly away from myself as it has been for so long. At least, this is what they tell me!

Repressed-Trauma-Dredging and Dead Cats in “Justine”

March is Women in Comics month. Who are the female comics creators who have inspired you? Who are some up-and-coming artists you’re excited about?

I grew up on Lynda Barry, Roz Chast, and Lynn Johnston, and adored them from the start. Still do. As I got a little older, I discovered Alison Bechdel and Marjane Satrapi, who opened up my work in comics and drawing in a huge way. In college, I started meeting comic artists at conventions who were at the start of their careers, and were such major inspirations to me, and continue to be. I’m proud to count myself a colleague and acolyte to these women, such as Hope Larson, Raina Telgemeier, Vera Brosgol, Erika Moen, Maris Wicks, Jess Fink, Dylan Meconis and MK Reed. I find new artists who inspire me every day, and I’m so excited to see how many amazing comics are being produced by the likes of Kat Leyh, Rebecca Mock, Kate Leth, Tara O’Connor, and Emma T. Capps, who I met when she was a comics prodigy at about age nine at her first comic convention, and who is KILLING IT more and more every year.

What are you reading/watching/eating right now that you love?

Reading: I’m getting Hope Larson and Rebecca Mock’s new book, Compass South, as an advance reader’s copy in the mail soon, and I’m so excited about it that when they emailed me to ask if I was interested, I sent like four misspelled emails in reply in my excitement. I loved Maris Wicks’ new Human Body Theater, which is an amazing resource for human biology for young and old alike, and I’m right in the middle of Faith Erin Hicks’ Nameless City book, which is amazing. I’m lucky that I often get to read these incredible books early—well worth the carpal tunnel of comics work!

Watching: my hubs and I watch John Oliver every week on his parents’ pilfered HBOGO account. I love him and I love his show and how deeply he gets into one issue at a time—it really appeals to my kind of obsessive nature. Eating: It’s Girl Scout Cookie season. My whole pantry looks like a Tagalong and Thin Mint warehouse. Long live cookie Spring!