Nature and Humankind Collide in ‘The Lightkeepers’ 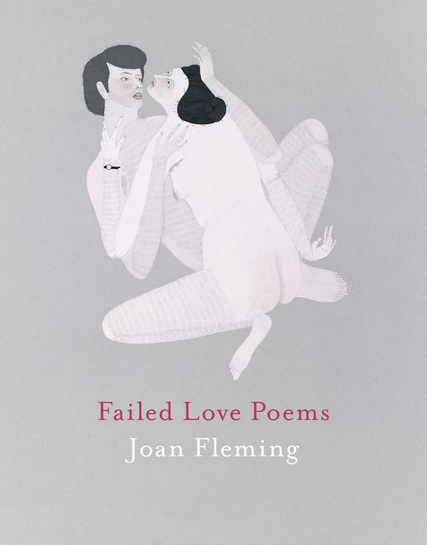 “How the first time, they are awake. They are very nearly awake.” As her poem “Arithmetic” begins, so does Joan Fleming’s second full-length collection, Failed Love Poems, exist: in a liminal space between love and loss, colored with a dreamlike wonder. Just as the most convincing dreams are only a smidge off-kilter, leaving one to question the reality of such moments, Fleming’s poems—through sharp use of analogy, metaphor, and description—accent heartbreaking and almost too-real observations with a touch of strangeness.

Divided into three sections, the collection is an assemblage of failed love, alternating between third-person and first-person accounts. Discerning one relationship from another across poems might be a challenge, but the book seems to encourage fluidity and does not take an exhaustive, archival approach. That freedom feeds into the enjoyable, dizzying nature of Fleming’s poetry, which has lost no charm since her debut collection, The Same as Yes (Victoria University Press, 2011).

In contrast to her previous collection, which was comprised of prose poems (save only three lineated, free verse poems), Fleming’s modus operandi in Failed Love Poems is a rejection of one-size-fits-all: she explores a range of forms (found poems; prose poems; erasure; poems in a series; dramatic monologues; lists) and styles, which keeps tone and scene ever-shifting. Such a focused and familiar topic as failed love risks leaving some readers weary after dozens of pages, but by utilizing forms such as erasure and found poetry—ripe for hashing out disappointments with former lovers—Fleming kaleidoscopes the emotional landscape in a manner that surprises and serves to deepen the examination of failure and disconnection.

As you’d expect of any assessment of past relationships, there are moments of persistent wondering, like in “Twenty Questions”:

But the answers aren’t relentlessly sought out. Fleming’s speakers do not concern themselves primarily with the blame game, as might be expected from poems of this nature; rather, they occupy a relatively sympathetic stance and are more committed to inspecting misunderstanding and detachment, like in “First Loss”:

You can be with someone for months, a year, and not know
whether you’ve lost them. Sometimes,
you keep on losing someone even after they’ve left.

Loss is prevalent in Fleming’s poems. Specifically the erasures, in their presentation—bulky, black chunks obfuscating mysterious text—reflect this. In each, a significant portion of Fleming’s writing is wholly blacked out, amplifying the sense of absence.

What makes these erasures unique compared to others in the genre is that Fleming erases her own words and with an inclination for censorship. In a recent interview at The Pantograph Punch, Fleming says her censorship is “Sometimes to protect the subject. Sometimes to stop the content from veering into ‘not safe for work’ territory.” This is evident in poems such as “Not yours”:

Another delight of the collection comes in the brief introductions of new relationships, in which Fleming highlights the giddy beginnings of love. Illustrating optimistic moments and not just the decline operates as a soft reset from piercing moments that are sometimes difficult to accept. Some moments, as in “Over, here,” the loneliness is easier to swallow:

and I am fiddling the stereo to lamentations
with a beat, I do not want to kill the party     I want to make my hungering aural

To be slayed by the emotional weight of one poem only to laugh at the speaker’s take on their own sadness or yearning in the next isn’t exactly an expected experience as a reader, but fans of Fleming’s work shouldn’t be surprised. She’s an ambitious, unruly poet whose only rule is to write from the gut. Even when using a more economic poetry, Fleming doesn’t pass up the opportunity to create vivid settings with a splash of poetic flare. From “Postcard with the dark in it”:

God, the cold, and all our wine back up at the house, back up the cliff you shook me up to stumble down, to strip and see the minute brightness flabbergast itself.

Summary is typically a means to an end, a necessary transfer of knowledge, but Fleming doesn’t do boring, and so we’re left with memorable surprises like “see the minute brightness flabbergast itself.”

In a similarly enchanting moment, from her poem “Makara,” Fleming uses specificity to make an intimate moment seem universal:

Admittedly, I found myself squinting at the last line as if the words were the tiny flowers. For some readers, it’s that ability to get truly lost in a poem that draws them to poetry in the first place, and those readers won’t be let down here. Despite what the speaker in “Arithmetic” claims,

Joan Fleming does know how love fails, how it fails time and time again. The failure isn’t redemptive—the book suggests no better fate for the speakers or lost loves past the ending pages—but perhaps in its final poem, aptly titled “The end,” a small dose of comfort is offered: