The Dual Journey of Becoming a Parent and Yourself: An Interview with Krys Malcolm Belc

Do you know who Andrew Haswell Green was? I’m ashamed to say that prior to reading Jonathan Lee’s phenomenal The Great Mistake, I didn’t know much about the “Father of Greater New York,” even though I’ve benefited from the public spaces that he had an enormous hand in creating. I walk through Central Park multiple times weekly. I am a card-carrying member of the New York Public Library. I’ve frequented the Bronx Zoo, the American Museum of Natural History, and very often, the Metropolitan Museum of Art. I’m a longtime—and likely, lifelong—resident of the “city deafening us with its continuance” that he pushed to consolidate.

Lee begins at the end, Citizen Kane-like, with the inexplicable murder of 83-year-old Green in front of his home in 1903, and the aftermath of his death and subsequent investigations provide a sturdy skeleton for the novel. He proffers a summary of the death notices of such an icon of the era—shaded through italics and judicious authorial comments—conveying how obituaries and facts can’t provide the real measure of a life. For the remainder of the novel, through semi-fictional characterizations and lyrical prose, Lee creates an unforgettable study of a person and time, marrying fact and imagination, adding a vibrancy of color to the faded sepia of microfiche articles and photographs. He has an innate understanding of how “one’s past is as much of a work of imagination as one’s future” and equally, how what we try to escape often comes to haunt us, even New York itself.

Green’s humble beginnings and his difficulty in fitting in with his family and his hometown—and allusions to his likely homosexuality or his “special friends” such as Samuel Tilden, who later became Governor of New York—underscore his loneliness, unsatisfied yearnings, and all that isn’t expressed, but assumed. His harsh and unappreciative father—”only a dog wants for approval, Andrew“—is especially wounding after the loss of his beloved mother when he was a child. Green soon learns to “be a mirror, always a mirror to protect your own secret gleam.” Could it be that all these public works were symbols of love thwarted? Or a need to receive the approval he never attained? One will never know the truth—though I believe the truth of our own lives is often lost as well—but Lee’s Green is beautifully and fully rendered as if he is channeling him through the veil of time.

Lee’s surgically precise descriptive powers aren’t limited to the richness of Green’s life. He depicts Tilden’s self-absorption—like many other financiers then and now—as one who drops his “great ambition into the sentence like a random coin into a beggar’s bowl.” His portraiture of McClusky, the lead investigator of Green’s murder, could also refer to historical archeologists and novelists: “What a patchwork life an investigator leads! Those we investigate . . . remind us of our limitations. Of our own smallness and stillness . . . They become more real than we are as we watch them . . . We are getting smaller with every part of our dreams we gift them.”

Lee delicately folds extrapolations from public records and other sources into evocative, poetic language that reaches out like the branches of one of the trees in Green’s beloved Central Park. “How do we picture the past? Does it become clearer as it drifts into the distance? Can it be seen from more angles?…Or has its essence vanished?” This is a critical theme of the novel, but it is also very much so at the heart of how we reflect upon our own lives, as we at times reframe and recreate our own narratives. Lee excels at underscoring such comparisons, engaging the reader on multiple levels, which is the arena of the best fiction, historical or otherwise.

What is nostalgia for the past? What are the parts of ourselves that no one sees, that will be buried with our deaths? The placement of the novel in the first years of the twentieth century offers a compelling friction with our heavily online, voluptuously recorded lives more than a hundred years later. Even as we relish the details that Lee spins from fact and his vivid imagination, one questions if we still have parts of ourselves that are unexposed to the blinking light of the internet. How much of our true selves—if indeed we still have private selves—are shielded like vulnerable reef fish behind coral?

The term historical fiction seems as dry as forgotten toast, but in the right hands it creates a parallel timeline that marries what we know with what could have been. Many could write a meaningful biography about Andrew Haswell Green and his achievements. But what Lee has done is far greater, by creating a novel that lives in that ineffable space where what was—at least what was on record—lives alongside what might have been, through a captivating Circe-like writing style.

There’s a special resonance in reading this book as an immigrant, because in a sense, Green was also an immigrant to New York, striving to create a space of his own, to become what he couldn’t become elsewhere. As much as Green’s achievements reveal a tremendous love for New York, so too this novel feels like a love letter to the city. It would be easy to recommend The Great Mistake for its confident, well-researched and impeccably crafted take on a singular individual who had so much to do with the creation of New York City as we know it. The parks, the museums, the library, so many aspects of shared public resources which give this city life and attempt to balance the wide rift between the excessively wealthy and the rest of us. But you should really read this book for Lee’s exquisite prose, his poetic shadings of a life and a time in which so much was possible. 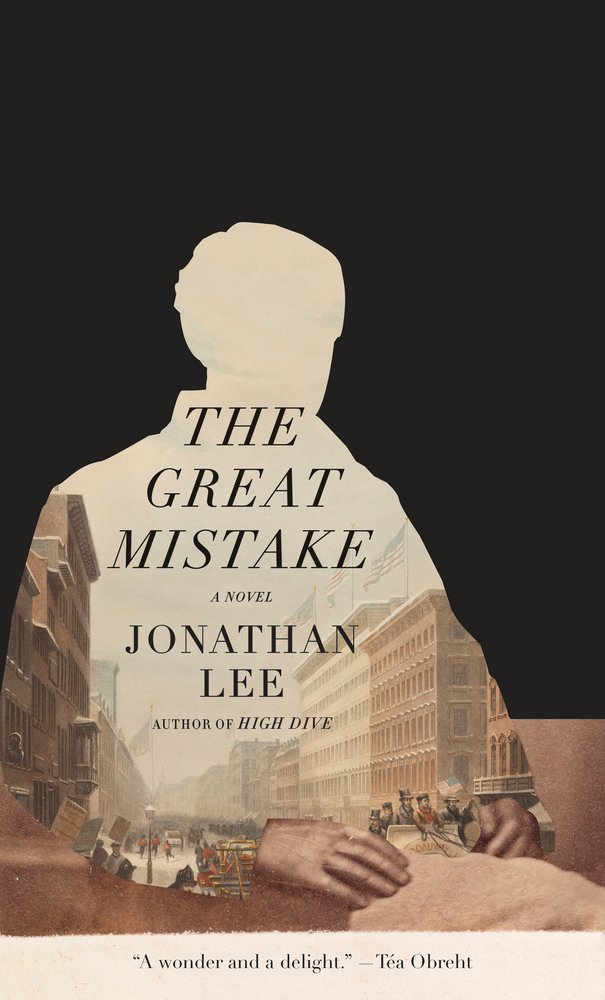