Heat is the operative word in the title of Dantiel W. Moniz’s debut collection, Milk Blood Heat, because these stories are fire. There is the Florida heat, certainly, as most of the stories are set in Jacksonville and the surrounding area, but there is more to it than mere setting. In this case, the heat is also elemental to the aesthetic and narrative architecture. Anyone who has spent a cold and dreary night camping knows a successful cooking fire is not a matter of crackling sticks and bursting flames, but of meticulously layered coals, fuel accumulated over hours of attentive labor. There are no shortcuts, no quick and fast fixes, it is all the result of time and hard work. With these stories, Moniz has built eleven perfect cooking fires.

This is to say that in many respects Milk Blood Heat is difficult to imagine as a debut, given that the stories read with the ease of an author well into an established career. Moniz expertly dodges the more common pitfalls of early short story writers such as cheap plot tricks or lyrical gymnastics; no overreaching for epiphanic clarity. Without doubt, the prose is stunning, the characterization remarkable, the setting memorable, but never in a way that tries too hard to show off or draw attention to itself.

The title story, which begins the collection, follows pre-teen best friends Ava and Kiera, demonstrating Moniz’s skill in developing child and adolescent characters. Ava and Kiera regularly imagine various ways of dying, a game that reveals their omnipresent awareness of growing into their changing bodies and fully understanding their mortality. They perform a ritual that makes them “blood sisters,” even though Ava is becoming more conscious of the distance between them. “Ava often wonders if their differences are only because Kiera is white, or if there’s something more. Something beneath the skin. This year she’s become obsessed with dualities, at looking at one thing in two ways: Kiera’s eyes, strange and magic; her own sadness, both imaginary and pulsating.” Of the bunch, “Milk Blood Heat” perhaps has the most shock value, but Moniz’s narrative moves beyond predictable conclusions, giving the story a much more expansive and powerful arc.

“The Loss of Heaven” similarly sticks with its protagonist, Fred, through thick and thin. After Fred’s wife, Gloria, refuses chemo treatment for recurring and inoperable cancer, Fred turns to a local bar for support. There and at home, Fred struggles with his marriage, aging, and, ultimately, his sense of self. Even as Fred finds it difficult to face himself in the mirror, Moniz never pulls away from his character. This is one of the overwhelming reasons this collection stands out. Not one story stops prematurely, there are no cuts for convenience. In my fiction workshops, I often ask my students about endings: What happens if you wrote three pages past this close? What do you see this character doing next? What happens if you cut the last line? The line before that? As an editor, I think about this all the time with submitted and published stories too, noting when writers sever the story early to avoid resolution, or attempt to tie everything together too neatly, or simply fade out due to uncertainty of how to move forward. It’s a complex equation, one that sometimes appears to fall back on nothing more than current industry advice that longer stories are harder to place. It’s refreshing to read a collection that never seems to capitulate on length or development.

As a Millennial seriously weighing the prospect of parenthood, I can’t distance myself from “Necessary Bodies,” which is a superb story in part because of the complex moral and ethical conundrums it raises around having children today. Billie, a successful writer, and her husband Liam imagine how having a child would change their lives while receiving pressure from Billie’s mother, Colette, who is ready for grandbabies. Positioned in the middle of a conversation with Billie’s best friend Pia, one of the lengthier meditations on the subject is worth quoting in full:

“She was thinking a million things, some of which had plagued her even before she’d found out: What if the state floods; we reelect that terrible man; if I’m bad at it; I do it and then decide I don’t want to do it; if I don’t do it and miss it; what if someone shoots me in the grocery store, the movie theater, my own home; what about the revisionist histories taught in schools; what if I’m not self-sacrificing enough; if I’m too self-sacrificing; if me and Liam get divorced, shit happens; what if the kid hates me; if I’m cruel; if I really really love it and lose it; if none of this can be sustained, not our love or our planet? What if, in the end, we just dye the ocean and wish it well?”

A Tale of Two Halves in “Liar, Dreamer, Thief”

The personal responsibilities and risks of bringing a child into the world are already terrifying without even factoring in the dangers of climate crisis. I was grateful to see these questions addressed not in some speculative sci-fi apocalypse but in the real-life catastrophe of this moment.This debut collection has staying power, will prove a joy for anyone who loves short stories, and deserves close study. I can’t wait to bring these stories into the classroom. Milk Blood Heat should be one of the collections we’re discussing, teaching, and rereading for years to come. 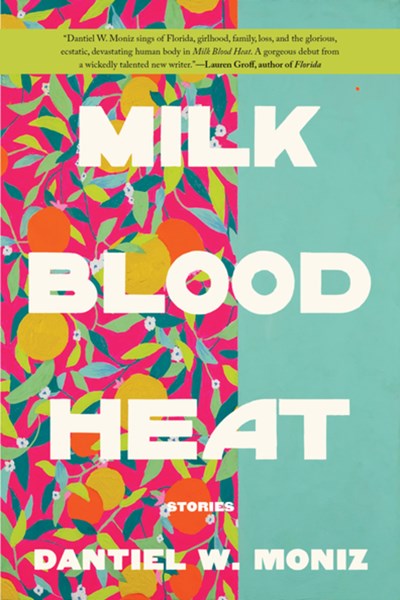