Given the runaway success of Therese Anne Fowler’s novel Z: A Novel of Zelda Fitzgerald, it’s not surprising that her new novel, A Well-Behaved Woman, has been among the fall’s most highly anticipated historical fiction releases. This time Fowler takes on the lesser-known figure of Alva Vanderbilt, who married into one of America’s richest Gilded Age families and took bold actions to steer herself, her family and society forward into a better future. Like Zelda, Alva hasn’t always been described kindly in historical narratives, and as Fowler puts it in our interview, every word of these descriptions makes a difference: “critical adjectives create and maintain mischaracterizations.”

As a fellow writer of novels that seek to reframe and center women’s role in history, I was delighted to sit down with Fowler and discuss her latest work. Like its subject, A Well-Behaved Woman draws beauty from paradox: it is both detailed and fast-paced, loving and critical, heart-breaking and hopeful. We also explored Fowler’s thoughts on the challenges of shaping a novel from biography, what it’s like to live in a two-author house, and how the common advice for authors to create a “brand” can be a disservice both to authors and readers.

You describe your initial impression of Alva as a negative one, saying she’d been “described as a pushy, selfish, overly ambitious, materialistic social climber.” And if one looks at Alva’s life through that lens, she definitely seems iffy. She threw eye-poppingly lavish parties for New York society, including a masquerade ball in 1883 that cost a reported $3 million. She challenged authority and societal norms that didn’t suit her. But as you write them in A Well-Behaved Woman, these events make sense in context. The ball, for example, is a desperate yet calculated bid to improve the status of the socially questionable Vanderbilts, the exact reason the penniless Alva was approved by the Vanderbilts to marry W.K.

Do you feel like your sympathetic interpretation of Alva, seeing her as strong instead of pushy, strategic instead of selfish, gets us closer to the truth of the person she really was? Or does it even matter—can there ever be a “true” record? This is fiction, after all, not biography. (Though biography also has its biases…)

Biographical fiction is always an interpretation, but yes, I do think I’ve given readers a truer Alva, and yes, I do think this reframing matters a great deal. We as a culture need to reconsider our judgments of women, past and present, who don’t embody the traditional ideals of what a woman is supposed to be and do.

If a man had acted in the ways Alva did, he would be lauded for those actions—described as progressive, a visionary, a champion. Critical adjectives create and maintain mischaracterizations, hence Alva’s (and Zelda Fitzgerald’s) frequent depictions as difficult, problematic women who should therefore be disliked and dismissed.

And yes, context is another matter that’s often ignored in modern assessments of Alva’s life. Given the way Alva is so often held to account, one would think she was the only socialite hosting lavish entertainments, that her lifestyle was excessive for her time and place and class—when in fact nineteenth century millionaires were in the habit of spending wildly long before Alva came along (and that’s leaving aside the habits of Europe’s upper class, who we might say wrote the book on “lavish”). Alva was in many ways more restrained than her cohorts, including her sister-in-law Alice Vanderbilt as well as Caroline Astor, but they are both given a pass because they embodied the traditional ideals of feminine comportment while in some notable ways Alva did not.

If one wishes to take issue with the excesses and assign blame, let’s remember that nearly all Gilded Age extravagance ultimately occurred not by a woman’s hand (any woman’s) but by her husband’s: the men controlled the money.

Very good point. You begin the book in the summer of 1874, when Alva Smith is just beginning to consider marriage to William K. Vanderbilt, and end it around 1908. When you’re writing about a life as rich and complex as Alva’s, how do you decide where your version of the story starts and ends? How did you decide what to leave out? I’m thinking of Alva’s sister Jenny’s marriage to Consuelo Yznaga’s brother Fernando—does the stage get just too crowded?

As those of us who write biographical-based novels know well, research materials may be dense with information, but no individual’s life follows a tidy plotline. We have to create one from the material at hand.

Shaping a novel from biography means we have to learn and assess all the facts about an individual (who they were, what they did, the historical context) in order to discover thematic through-lines, and then use those through-lines to help in the selection of what gets onto the page. There’s not necessarily one right approach.

Once I knew that this story was going to a depiction of how the Alva of Women’s Rights history came to be that woman (as opposed to a novel about her suffragist activities), I had my general start and end parameters. As for choosing how much of the narrative to give to any particular person or situation, that goes back to knowing the thematic through-lines. There are many pieces of Alva’s life that get minimal attention in the novel (or none at all), because, while they may be interesting, they’re tangential to the storyline.

You’re a writer married to a writer. It seems like that could either be a recipe for perfection or disaster. Are you and your husband early readers of each other’s work? You write in such distinct genres that your styles don’t overlap much, but good writing is good writing, and it seems like it could be enormously helpful to have someone else in the house to help you puzzle out a problem.

My husband, John Kessel, does read my early drafts, and I read his. It’s never a bad thing for a writer to have another experienced reader/writer/editor in the house as long as you respect each other and aren’t competitive with each other.

In our case, I think it helps that John established himself as an award-winning author long before we knew each other, and that he’s been a creative writing professor for more than thirty years. We absolutely think ours is a recipe for relationship perfection (inasmuch as such a thing can exist). Not only are we qualified early readers of each other’s work and great sounding boards for those thorny plot problems, but we can fully commiserate about the difficulties of this business as well as truly appreciate what goes into each other’s successes.

Any story that combines fictional interpretation with the historical record raises a question in the reader’s mind from time to time—is this particular bit real? I was particularly curious about the letters and newspaper clippings you include. Some are letters from the public to Alva after “Mrs. W.K. Vanderbilt’s Great Fancy Dress Ball”, some full of praise (“You are a fine lady of good imagination”) and others the opposite (“…such expenditure on frivolities is immoral when so many are going hungry. You should be ashamed!”) Were these based on or excerpted from real letters? Were you able to see archived letters between Consuelo and Alva, or did you create their correspondence as it exists in these pages?

Unlike the voluminous material I had to work with when writing Z, authoritative materials relating to Alva’s life are relatively few. Most biographical accounts of her rely on a lot of hearsay and a handful of highly biased accounts from newspaper articles published about her during her life; we really have an echo chamber of misinformation. Too, there’s a lot of cherry picking from her daughter’s memoir, a lot of selective use of critical facts that ignores both context and Consuelo’s praise.

In the novel, quotes from newspapers are for the most part taken from actual publications. All the letters, however, are invented, derived from facts about the relationships between the individuals and the events in each respective authors’ lives. Written correspondence was the mode of communication, even for people who lived nearby one another, and so although I didn’t have source documents to work with, there can be no doubt that this kind of correspondence took place.

Your recently announced next novel (congratulations!), Edge Effects, has a contemporary setting. It may seem like a departure to readers of Z and A Well-Behaved Woman, but since your early novels Souvenir, Reunion and Exposure were all set around the time when they were published, does it feel like more of a homecoming to you? Do you see yourself continuing to explore both contemporary and historical settings in the future?

While there are many authors who are strongly encouraged by their agents and/or editors to write in only one genre (in order to build a “brand,”), I feel that this advice can be a disservice to the author and to readers of that author’s work.

I have wide-ranging interests, and while I might be said to return to a handful of favorite themes in my novels, I’m choosing to write stories that grab me irrespective of their time settings. Readers, too, have wide-ranging interests, and I trust that the ones who read across genres will willingly come along with me for the ride as long as the stories I give them are compelling and done well.

So returning to a contemporary setting for Edge Effects is less of a homecoming than a matter of having again pursued the idea that captivated me most. And I will say, it was a real treat to get to invent the characters and storyline from scratch.

Here’s the other thing: though many of the authors who’ve come to have name brand recognition write the same kind of novel every time, there are so many others whose names are less familiar and whose career paths are diverse and winding. Sometimes this is by design. Sometimes it’s a consequence of factors well outside of the author’s control. Success and longevity, if it’s going to come, comes from showing up and doing the work. It comes from continuing to learn and improve. I’m here, and I’m writing, trying to make each book my best yet. 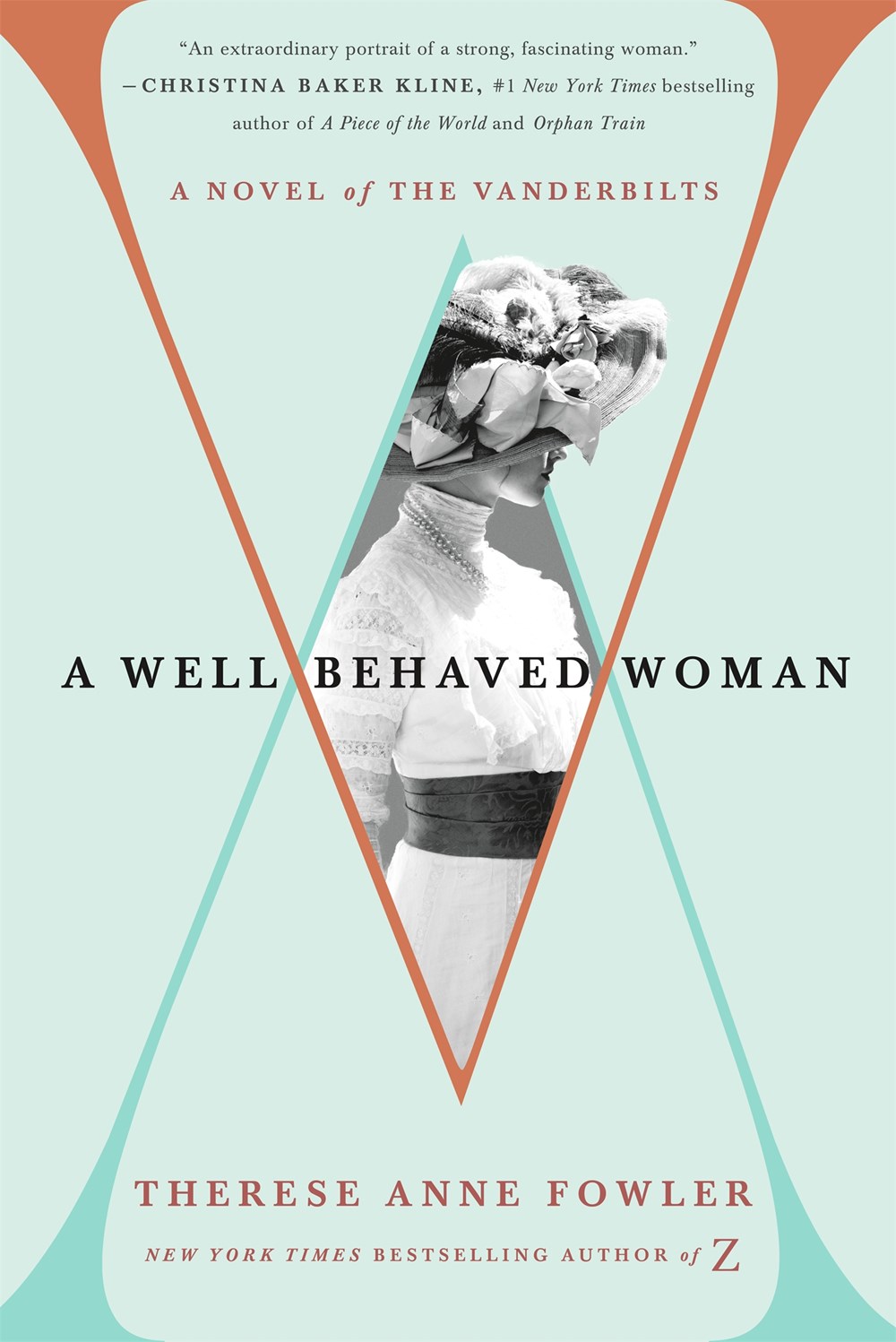 Therese Anne Fowler is the author of the New York Timesbestselling novel Z: A Novel of Zelda Fitzgerald. Raised in the Midwest, she moved to North Carolina in 1995. She holds a BA in sociology/cultural anthropology and an MFA in creative writing from North Carolina State University.