With enough steel and plastic, what can’t be created and controlled? This is the question that dominates Moderan, a future world where metal trees and flowers spring from a plastic ground at the flip of a switch. Populating this landscape are the strongholds and their keepers, seemingly immortal “new-metal” men who, when not sleeping with their new-metal mistresses, wage perpetual war to avoid confronting that which can never be answered — the true meaning of their existence.

Although certainly a reflection of their time, David R. Bunch’s collection of short stories continues to reverberate, especially with a new introduction by Jeff VanderMeer. In the satirically hyperbolic Moderan — with its massive fortresses, arsenals of fear, and hyper controlled landscapes — one can see how hilarious and disturbing Bunch found modernity when they were first published in the ’60s and ’70s.

Moderan is founded on one simple conviction: that anything felt can be controlled. Everything from weather and seasons, to procreation and life itself is carefully moderated by committees. In this world lives the protagonist of Bunch’s work, the bizarre and contradictory character of the “Stronghold master.” The Moderan stories loosely follow this man’s life from his first journey into the plastic landscape to his rebirth as a “new-metal man,” from his life as the Stronghold master to the downfall of his entire civilization.

At first the Stronghold master revels in his immortal new metal body. The first section of short stories, which depict his beginnings in the world of Moderan, are filled with declarations of the beauty of his, “sweet sweet shard-hard home.” As the Stronghold master explores his new kingdom, meeting characters such as the “bird-man” who is in charge of all the mechanical birds that populate Moderan’s skies, he rejoices at how “our once dirty Earth ball is clean now, coated in plastic.”

But the problem with gaining immortality as a Stronghold master is that it leaves him with far too much time on his hands — and with infinite time comes infinite doubt. What makes the character so intriguing is the humanity he seems unable to destroy or suppress— his innate curiosity. Over and over, the Stronghold master, bent on total control, finds himself fascinated by the inexplicable.

Significantly, this fascination is brought to the forefront by unexpected visitors to Moderan. A wandering poet, a child, a horseman, these visitors confront the Stronghold master with what he is most afraid of: doubt in the certainty of plastic and steel.

The tales of Moderan are undeniably strange and often dense. While following a general arc, they meander from place to place, and the effect can be difficult for a casual reader to follow. The prose, both unique and poetic, captures the unhinged mind of his metal protagonist, though his perspective is even more untethered than the story, a combination which creates an anxious harmony throughout the collection.

So although your initial entry into Moderan can be difficult, once you find a foothold, the story is riveting. At its core, Moderan is less plot-based than it is a character study, and it is in the rambling dialect of the Stronghold master that Bunch’s work finds its strength. The more one reads the stories, the more familiar the stronghold master becomes. His mind and world feel decreasingly foreign, even as the actual events of the stories continue to be absurd and fantastic.

By the end of the book, the plastic world of Moderan and its metal protagonist feel just steps away our own reality, and it is this sense of familiarity that drives the biting edge of Bunch’s satire. Moderan is a powerfully immersive book which, despite the frequent changes in scene and the ontological difficulty of dialect, is impossible to put down. 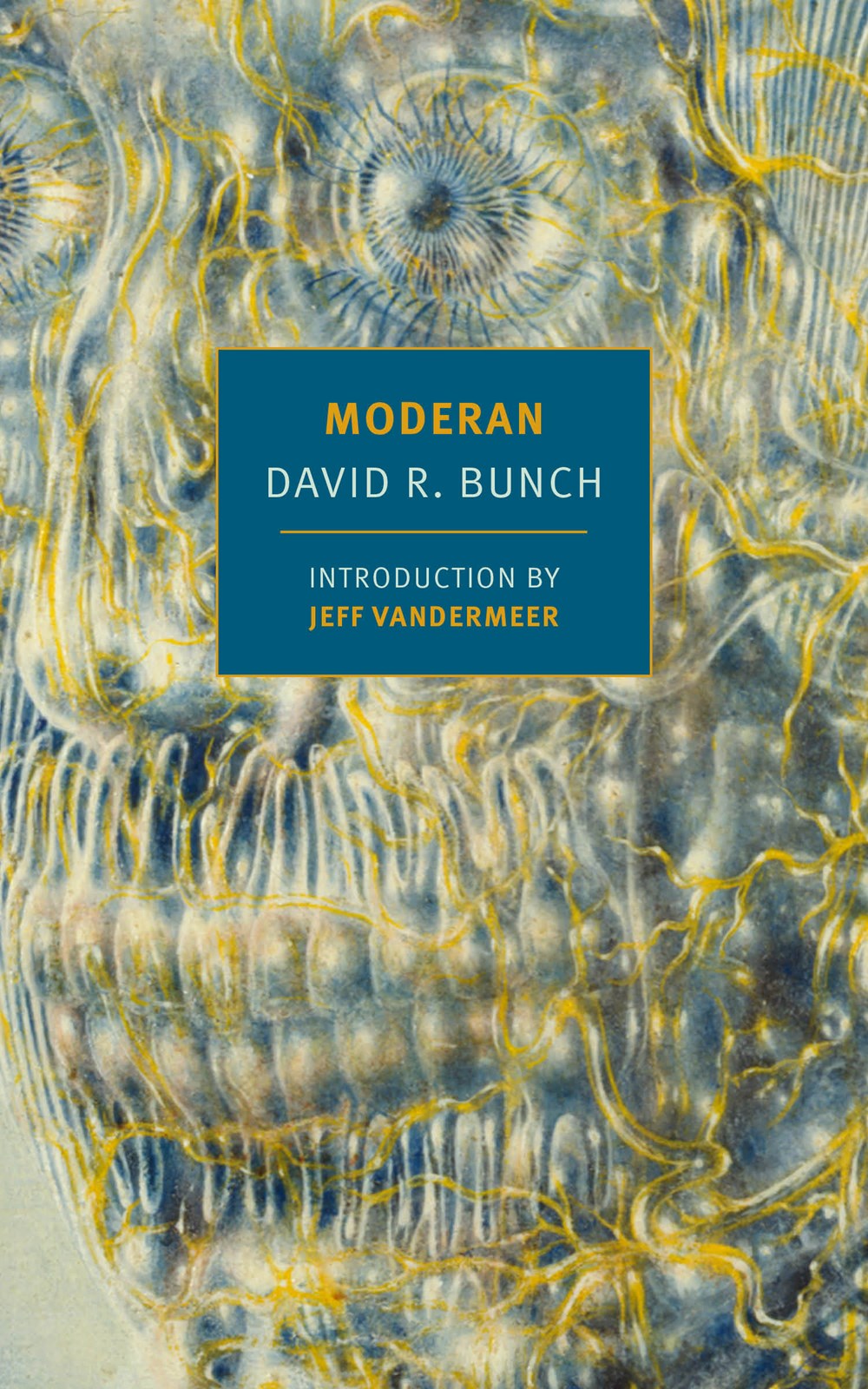 David R. Bunch (1925–2000) published nearly eighty short science-fiction stories in his lifetime. More than half of them were collected in Moderan, which was first published in 1971. He also published a second story collection, Bunch!, as well as two books of poetry: We Have a Nervous Job and The Heartacher and the Warehouseman.

Jeff VanderMeer’s most recent fiction is the novel Borne and the New York Times bestselling Southern Reach trilogy (Annihilation, Authority, and Acceptance), which won the Shirley Jackson Award. VanderMeer’s nonfiction has appeared in The New York Times, The Guardian, The Washington Post, TheAtlantic.com, Vulture, Esquire.com, and the Los Angeles Times. He lives in Tallahassee, Florida.