Ursula K. Le Guin, who died earlier this year, was known for her award-winning fantasy novels and short stories. Two paperbacks reissued by Tor Books this month, The Beginning Place and The Eye of the Heron, are prime examples of Le Guin’s authority in magical realism for both children and adults. Her characters face persecution that is still as prevalent today as it was in the late 1970s, when these two short novels were written.

In The Eye of the Heron, two settlements of earthlings have combined into one dysfunctional society on the planet Victoria. The peasant farmers of the Shantih are quiet and only seek peace, while the City people, the upper class, aim to dominate the entire kingdom.

The only hope the Shantih cling to is their creation of a new settlement far away from the City, where they can truly live peaceful lives in the vast wilderness.

Luz Falco, the daughter of a City “Boss,” feels stifled in her mansion and longs for a more fulfilling life. When a battle ensues between the two settlements, her courage is put to the test when she decides to leave home. Will these peace seekers ever obtain true freedom from the City?

The parallels between early real-life settlements, made up of those fleeing colonial rule, are apparent throughout the story. Freedom is all the Shantih people long for. And the rulers of the City want to build strong armies and employ the farmers as their servants.

Another oppression Luz flees is sexism. Her father insists that women shouldn’t be educated and that they are to be kept as innocent, pure beings. He says, “It is a mistake to send peasants and women to school. The peasants become insolent, the women become boring.”

Only after seeking guidance from Vera, the female Shantih ruler, does Luz understand the fire within her; her readiness to act boldly for the sake of the planet.

In The Beginning Place, Hugh Rogers and Irene Pannis are also looking for a refuge from their daily suffering. Hugh lives with an emotionally abusive, dependent mother, and Irene has been sexually abused by her stepfather.

Hugh encounters his “beginning place” as a man of twenty, when he works a monotonous job at a grocery story. He finds a gateway to another world one day at random, pulled there by a force he can’t control. Time barely moves in the beginning place, so he can camp for two days in the wilderness and only two hours have passed back home.

Irene has known about the gateway since she was a young teenager, and her narrative brings us further into this other world. There, the hidden mountain town of Tembreabrezi has become her second home.

She sees Hugh as an intruder, but the townspeople are convinced he was sent to them for a reason. They have been cut off from the bigger nearby city so no trading has been carried out, and their resources are dwindling.

As Hugh and Irene journey to help the people of Tembreabrezi, they learn more about their own truths and how to deal with their troubles back home in contemporary society.

In both stories, Le Guin’s answer, or at least one answer, to suffering and conflict seems to be to embrace the natural. Our courage can be found in wilderness.

In The Eye of the Heron, Luz reflects on all that she has lost. “And what else is there? All the rest of the world. The river there, and the hills, and the light on the Bay. All the rest of this silent living world, with no people in it.”

And it’s no coincidence that both heroines, Luz and Irene, flee abuse of power from men. Le Guin famously wove feminist issues into her science fiction stories, and pushed for equality with her characters. She builds fantasies as representations of human dreams, utopias that never quite materialize. 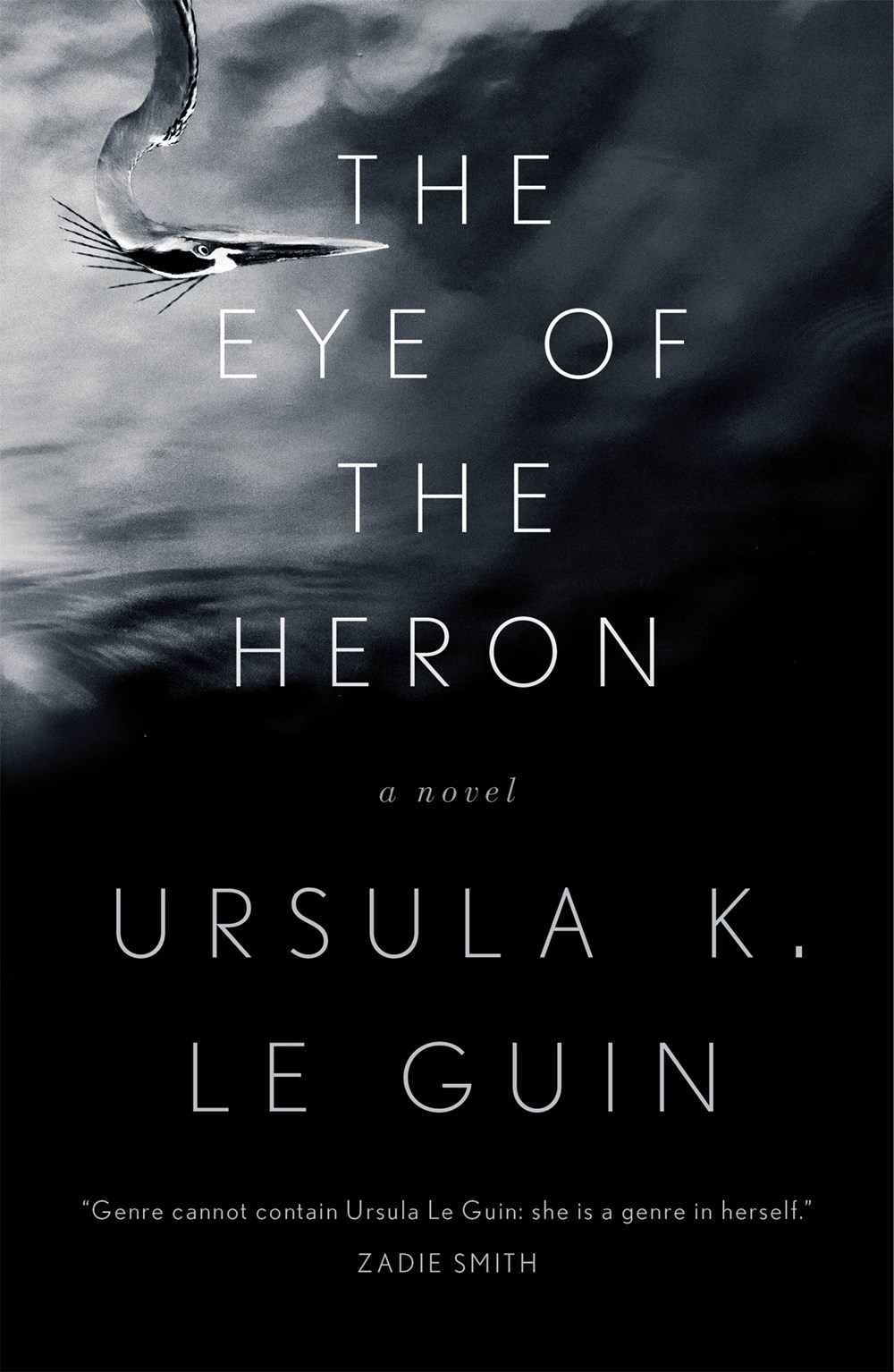 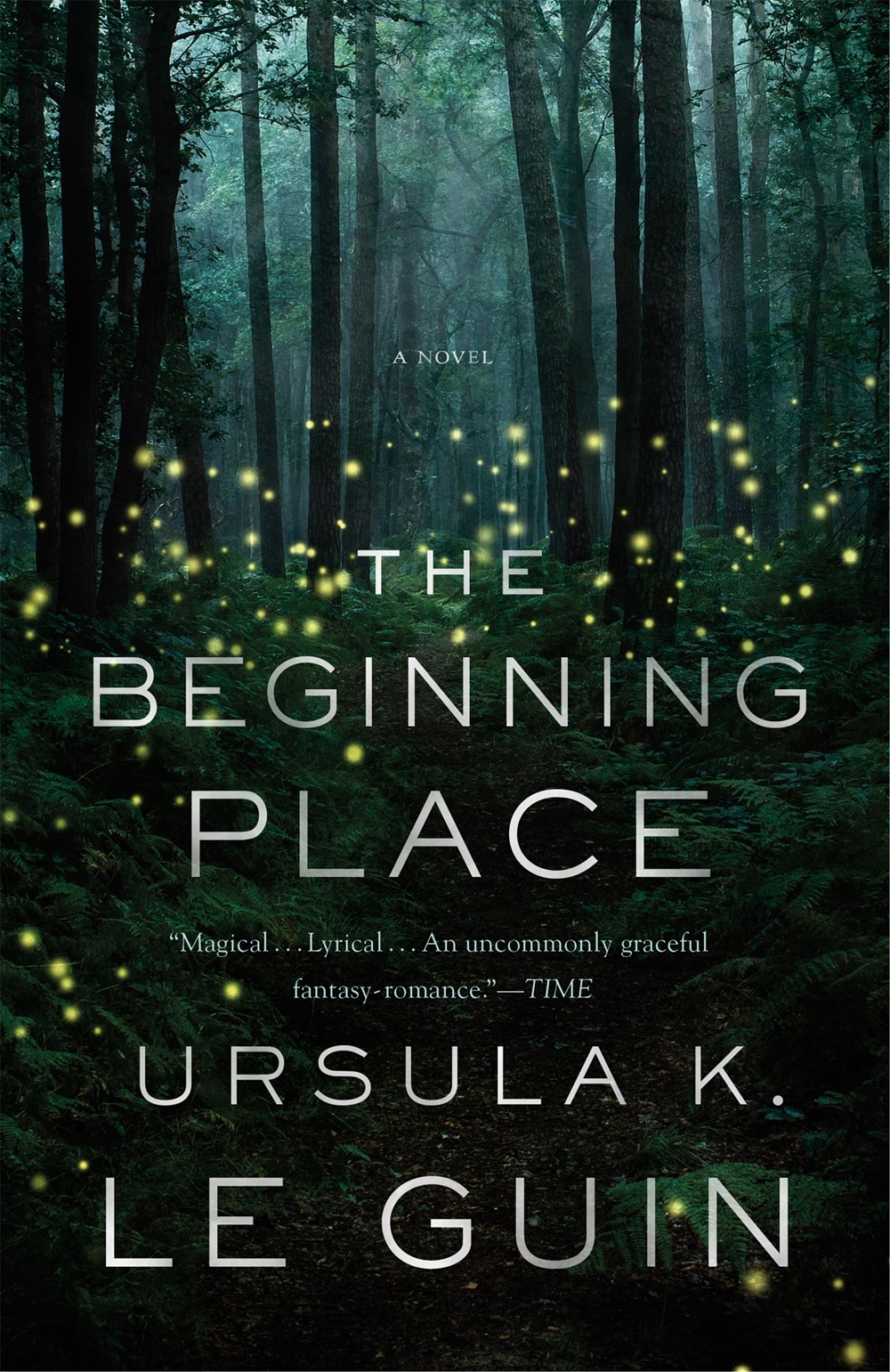 Ursula K. Le Guin (1929-2018) was the author of more than thirty-six books. She was  awarded a Newbury Honor for the second volume of the Earthsea Cycle, The Tombs of Atuan, and was the recipient of the Margaret A. Edwards Award, a National Book Award, and Nebula and Hugo awards. In 2014, Le Guin was named the Medalist for Distinguished Contribution to American Letters by the National Book Foundation.