Each of my pilgrimages aims at some other pilgrim,” says the unnamed narrator of Flights, Olga Tokarczuk’s ninth novel, which won the 2018 Man Booker International Prize. She continues, “In this case, the pilgrim is in pieces, broken down.”

In 116 pieces of writing, Tokarczuk crafts a novel about journeys and the human body. With keen observation and wit, Flights takes us from airports around the world where academics give mini lectures to museums that house “freaks” of nature—the two-headed and the unborn.

Though Tokarczuk is an accomplished novelist, short-story writer, and two-time winner of Poland’s highest literary honor, the Nike, she is also a poet. Her first book, Miastra w lustra (Cities in Mirrors), a collection of poems, was published in 1989. Flights follows an associative logic akin to poetry, employing images and patterns to thread together different characters and situations, despite shifts in time and place.

Consider the story of Eryk, an alcoholic who learned English while reading Moby Dick in prison. He is a loner increasingly agitated with the daily routine of his post-jail life as a ferry conductor, and he begins to harbor homicidal fantasies of taking others with him into death. On a day when things could have gone wrong, “He’d already steadied his eyes on the line of the horizon, its reflection slicing straight across his pupils, the top half lighter from the sky, the bottom half darker, from the water.” This image returns a couple of fragments later in “The Psychology of an Island,” in which the narrator tells of the “island state,” a primal stage in the development of a human, which “resembles a kind of narcissism” and selfish self-sufficiency, where only the self seems real, and “the other is but a vague specter, a Flying Dutchman just darting over a distant horizon. In fact, one can’t be altogether certain it was not a figment of one’s imagination, an adornment by an eye accustomed to a straight line that splits the field of view cleanly into an up and a down.”

Through this image and its echoes, a dangerous, solipsistic state of mind is conveyed with psychological acuity. Despite the grim and serious implications of Eryk’s narcissistic worldview, the levity of form allows Tokarczuk to transcend the convenience of cause-and-effect, allowing us to understand the cumulative contexts for Eryk’s life in a way that’s similar to the effect of concentric circles or a connect-the-dots exercise to glimpse the larger picture.

Because of these patterns, Flights is a novel that teaches us how to read it while we are reading it. In an interview with the Louisiana Channel, the novelist herself dubbed Flights a “constellation novel.”

In a fragment titled, “Travel Psychology: Lectio Brevis I,” the narrator is at an airport where academics are invited to give mini lectures in waiting areas. One of them talks about the foundational idea of travel psychology, “constellationality”:

“‘[I]n life […] it is impossible to build a consistent cause-and-effect argument […] Constellation, not sequencing, carries truth. […] Life is made up of situations. There is, of course, a certain inclination toward the repetition of behaviors. This repetition does not, however, mean that we should succumb in our imaginations to the appearance of any sort of consistent whole.’”

By absorbing and refracting genres such as theory and autobiography through the structure of the scene and the situation itself, Tokarczuk achieves integrity to the process of storytelling and travelling. These fragments seamlessly shift from first-person narration to third-person points of view, reflecting not only the associative mind of poetry or the magpie mind of the traveller, but also the cumulative state of the storyteller, where scene upon scene creates paths further.

Despite the novel’s own claim to refute unity, Flights coheres because of the voice of its narrator: an unassuming, humorous, and curious voice, ever willing to change and bring the world into its own palimpsest of worlds, regardless of genre, subject, time, or place.

A Disconcertingly Familiar Story in “Pathological” 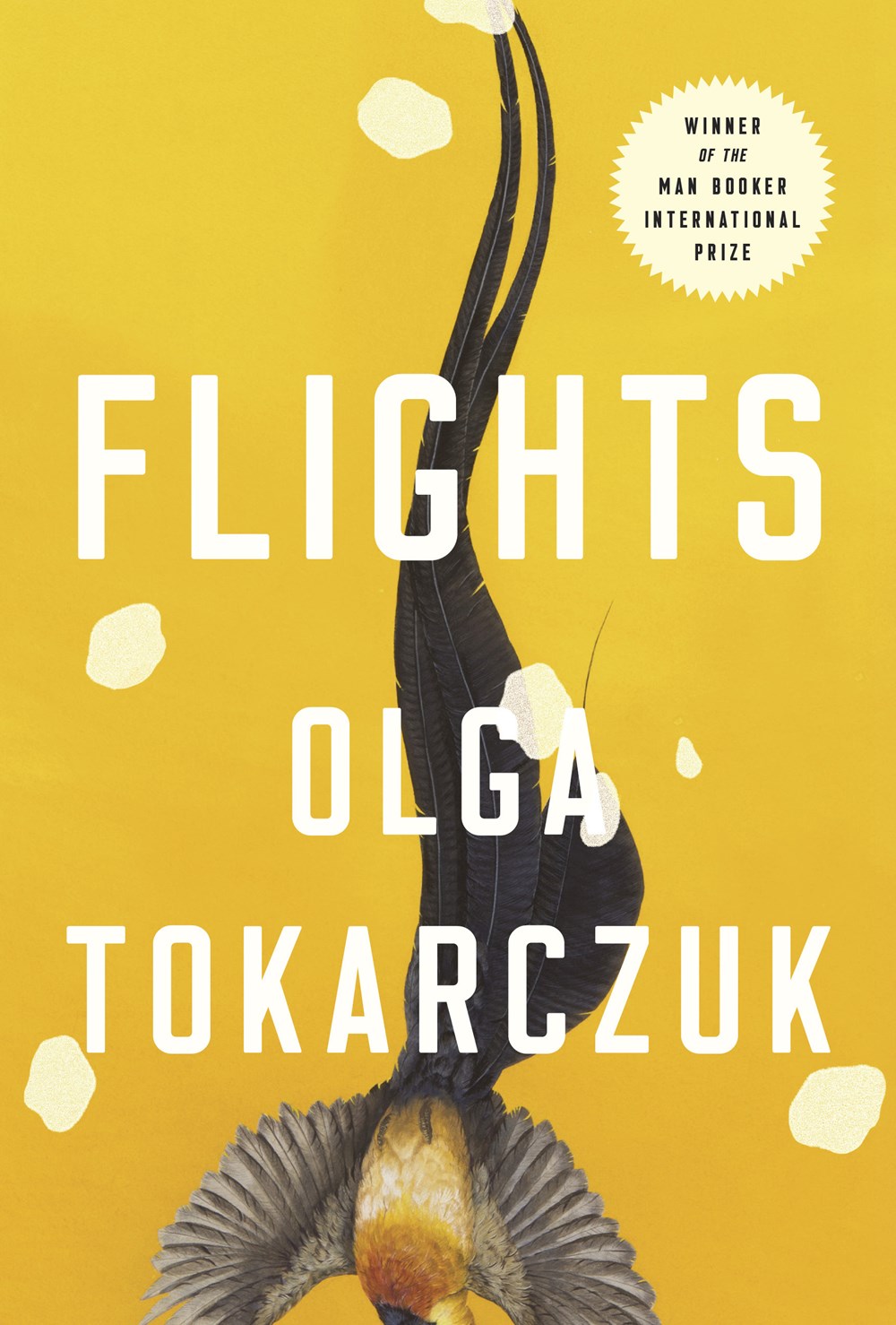 Olga Tokarczuk is one of Poland’s most celebrated authors. She is the winner of the 2018 Man Booker International Prize, as well as her country’s highest literary honor, the Nike. She is the author of nine novels (including Flights) and two short story collections, and has been translated into a dozen languages. Her work has appeared in n +1, BOMB, and Asymptote.

Shazia Hafiz Ramji’s writing has been shortlisted for the 2020 Bridport Prize for International Creative Writing and nominated for the 2020 Pushcart Prizes. It has appeared in Best Canadian Poetry 2019, Maisonneuve, Gutter: the magazine of new Scottish and international writing, and is forthcoming in EVENT and Vallum. She is the author of Port of Being, a finalist for the 2019 Vancouver Book Award, BC Book Prizes, Gerald Lampert Memorial Award, and winner of the Robert Kroetsch Award for Innovative Poetry. Shazia’s fiction has recently appeared in the short film, Colour Study, available on CBC Gem. She is a Kenyan-Canadian of South Asian, Iranian, and Irish descent, and lives on the unceded territories of the Squamish, Musqueam, and Tsleil-Waututh peoples (Vancouver). Shazia is at work on a novel.

Sonic Pleasures in “The Deer”

From the Omniscient to the Mundane in “The Books of Jacob”