‘Invitation to a Bonfire’ Exposes the Monstrous Side of Nabokov

When Ralph Anderson, a detective in Stephen King’s new page-turner, The Outsider, arrests coach Terry Maitland under the Friday night lights of Oklahoma little league, everyone in the crowd knows why. Sleepy Flint City’s first murder in memory was a grisly one, with the victim a young boy. Witnesses of different ages and walks of life place Maitland at the scene of the crime, and DNA and fingerprints cement his role as killer.

But there’s a problem, and it’s a big one: Maitland has an airtight alibi. On the day of the murder, he attended a writing conference with school colleagues, where crime writer Harlan Coben made a rare appearance. Maitland, who teaches English when not coaching baseball, asked a question on camera before waiting in line for the author to sign his book.

How could one man be in two places at the same time?

This question is at the heart of the horror author’s latest supernatural whodunit. In recent years, King has pivoted away from straight horror and more towards the hardboiled crime stories that mark the recent Bill Hodges trilogy of Mr. Mercedes, Finders Keepers and End of Watch. Here, he gets a little meta regarding this shift, with Anderson regarding Maitland’s alibi as “an artfully constructed piece of misdirection, straight out of an Agatha Christie novel.” Longtime fans  of King will be happy to find that despite the pivot, the supernatural remains a factor in his work, just dialed down.

Readers of the recent crime trilogy will be happy to find investigator Holly Gibney resurface in The Outsider, working the Maitland case with Anderson. The pair assesses every logical angle in the crime, trying to reconcile the fact that evidence both at the murder site and at the conference hotel seems indisputable. It’s Gibney who suggests that logic might need to be thrown out the window, a byproduct of her tussles with an antagonist with supernatural powers in the aforementioned trilogy. Despite Anderson’s assertion that “he could not believe in any explanation that transgressed the rules of the natural world, not just as a police detective but a man,” Gibney’s insistence and leadership steer the team away from forensics to the supernatural world of Mexican folk tales, where a being named El Cuco resides. This creature subsists on the blood of children.

Through police work, Anderson and Gibney find a series of crimes similar to the Flint City killing. In each instance, a seemingly irrefutable trail of evidence led back to the killers in open-and-shut cases. Because of Gibney’s previous cases—and because of the videotapes placing Maitland at the conference in nearby Cap City with his coworkers during the Flint City murder—she knows to look beyond what’s evident in search of the real culprit.

King’s expository writing has always been strong, and what we read in the The Outsider is no exception. Anderson, Gibney and the cast of police working with them are revealed to us in methodical and sympathetic fashion, as are the families of the murder victims. As is often the case in his novels, a child gives us the book’s clearest vision of what its supernatural forces look like—El Cuco appears as something with “straws for eyes.” During a key scene the shapeshifter appears in an interstitial state, looking like unformed wax and wearing a shirt on its head; in other scenes, El Cuco has adapted a human form in fugue states that might or might not be dreams.

As the novel moves to its endgame in a series of bad luck caves, El Cuco has convinced Flint City police officer Jack Hoskins to do its bidding. Hoskins was given a less-than-favorable performance review by Anderson, and is up for revenge—supercharged by El Cuco promising to take away Hoskins’s cancer if he kills Anderson, hot on the shapeshifter’s trail.

In some novels King has stumbled with endings, tending to focus too much on the supernatural. Here, he understands that less is more. There’s no reliance on portals to distant lands or repetition of incantations. Instead we’re given solid detective work that pieces together the mystery of El Cuco while connecting it to Terry Maitland. The otherworldly is kept to a minimum, allowing readers to envision horrors on their own.

Talking to Ghosts in “Passersthrough”

The Outsider is taut throughout despite coming in at more than 550 pages. Both longtime readers and neophytes with a taste for terror will find this to be a rewarding read. 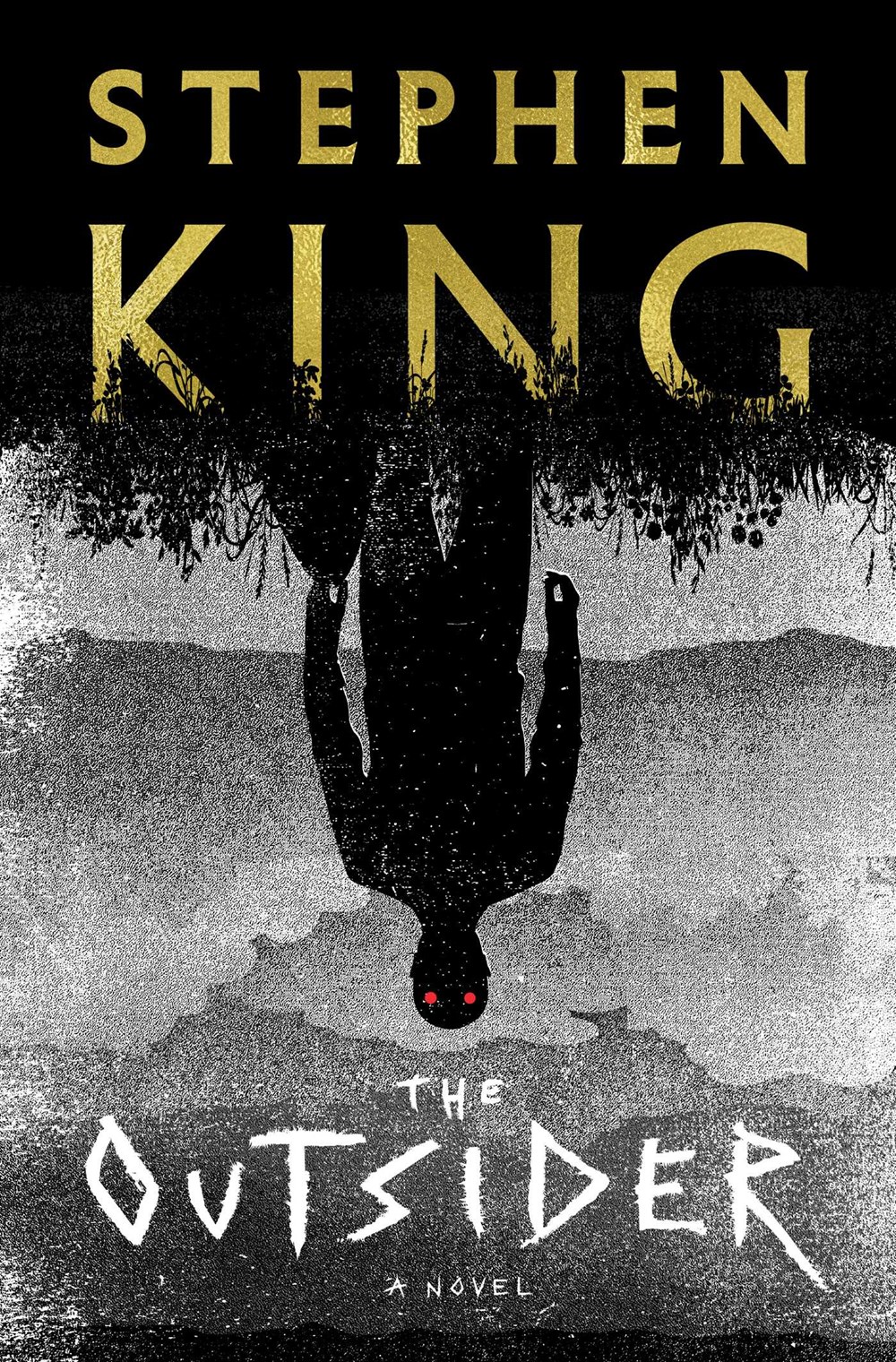 FICTION
The Outsider by Stephen King
Scribner
Published May 22, 2018

Stephen King is the author of more than fifty bestselling books, including the novel 11/22/63, which was named a top ten book of 2011 by The New York Times Book Review. The Outsider is his latest.