Adrienne Celt’s sophomore novel, Invitation to a Bonfire, is full of gorgeous sentences. Loosely based on Vladimir Nabokov’s adulterous marriage, the language is Nabokovian to say the least. Right when you think Celt has hit some undefined apogee of prose, she proves time and time again there’s still more fun to be had, and her lyricism and wit are a real treat.

Told in diary entries and love letters, Invitation to a Bonfire follows the love triangle of Zoya, Vera, and Leo, though it is primarily told from Zoya’s point of view. It’s the 1920s, and Zoya is a Soviet refugee whose parents were killed in the revolution. Orphaned, she eventually lands in New Jersey and becomes an outcast at an all-girls boarding school for the wealthy. With nowhere to go after graduation, Zoya stays on staff at the Donne School and manages the newly-erected greenhouse. During this time, she meets an author she has long admired and obsessed over, the internationally acclaimed Leo Orlov.

Leo is married to Vera, an austere and ambitious partner who manages her husband’s career (and much more). While Leo quickly adapts to the role of flirtatious, hotshot professor at the boarding school, he and Zoya fall into a tumultuous affair, the first genuine romantic fling Zoya has experienced. In an early diary entry, Zoya writes:

“I learned soon enough: Leo Orlov was a flirt. A burning flirt. I didn’t need Nadine to tell me, either; I heard it straight from the Donne girls, who’d begun using the warm corners of the greenhouse to gossip while pressing red petals between their fingers.”

Interestingly, neither Zoya nor Vera appear overly bothered by Leo’s philandering ways toward one another or his inappropriate behavior toward his students. Both women come to see Leo the man as an imperfect vessel for his work. In Vera’s case, building an everlasting reputation for her husband’s literature supersedes any jealousy or matrimonial sense of loyalty. She remains calculated and even-keeled, even when faced with her husband’s mistress. Zoya, in her naiveté, while first truly taken by Leo’s sexual and intellectual overtures, comes to realize his numerous inadequacies and that it’s only a matter of time before he does a disservice to his art.

Celt’s prose also excels at distinguishing the varying writing styles of her characters. Zoya’s diary entries are written after the vast majority of the narrative takes place and so they are calm and elaborate, rather than caught up in day-to-day haste or momentary emotions. Zoya’s pen is full of intricate reflection. She is occasionally self-righteous, but never pities herself. Celt captures this tone perfectly, making it easy to see that Zoya is at times much more articulate than her boorish (though brilliant) lover and idol.

“But. Why not burn it, just to be safe?” Zoya writes, reflecting on the existence of the diary. “Already I’ve burned my ties to home, to the school and all the people I knew there. All the people I loved. Why not these pages too? My aim, anyway, is not posterity, but instead to take a sharp, bright pin and use it to bore a hole—one might say pinprick—in the swollen history that rests on my shoulders.”

Whereas Zoya’s thoughts are well thought out, Leo’s letters to Vera are frantic and brief, albeit they still possess the flowery, pretentious language that defines his style. Many of them border on confession, but Leo toes the line.

“My Vera. My Verenka. You aren’t cross with me, are you? I don’t think I could bear it. After all, before I left you pestered me to tell you about the women from my past, because of those beastly rumors, I suppose.”

Leo seems well aware he’s hiding in plain sight. However, the most exciting part of this complex entanglement is ultimately where the plot leads. Celt holds some delightful twists for the novel’s close, even if there are some deftly woven clues throughout.

Invitation to a Bonfire challenges the notion that an artist is inexorably responsible for their work or their legacy. Moreover, it’s a reminder that literary geniuses are not only fallible, but also often monstrous. Sometimes nothing more lies behind the curtain of intellectual fame than danger and disappointment. In this case—and like many men who have been outed in the #MeToo movement—Leo simultaneously victimizes the women in his life while critically relying on them to achieve new levels of success. The singular public hero is more villainous than we imagine, the flawed face of something much larger, so much so that not even he can comprehend it. 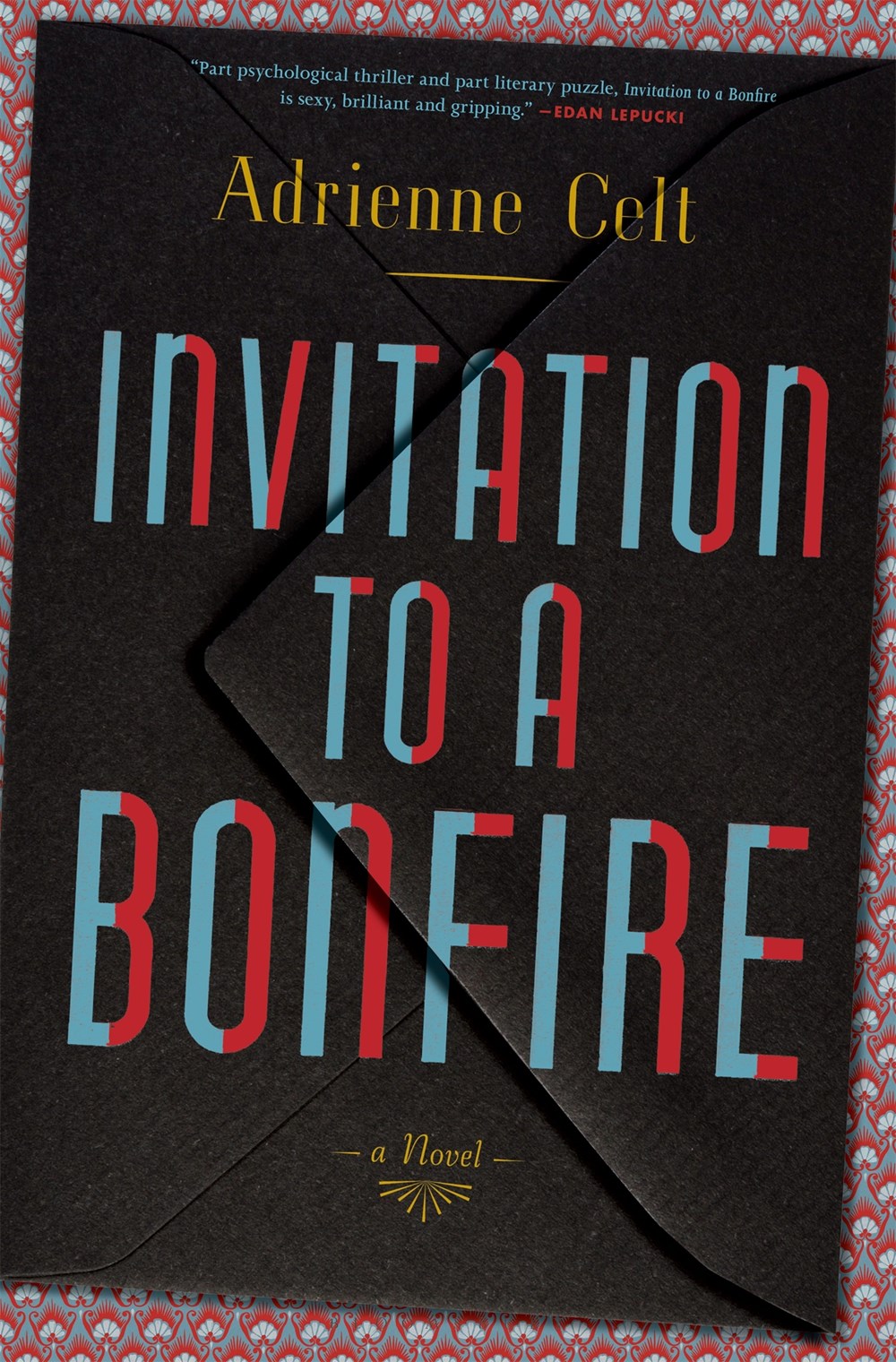 Adrienne Celt’s debut novel, The Daughters, won the PEN Southwest Book Award for Fiction and was an NPR Best Book of the Year and an NYPL Favorite Book of the Year. Her story “Temples” was included in The O. Henry Prize Stories 2016. Her work has appeared in Epoch, Zyzzyva, Prairie Schooner, Esquire, Electric Literature, The Rumpus, The Millions, and elsewhere. She has an MFA in fiction from Arizona State University, draws weekly comics at Loveamongthelampreys.com, and lives in Tucson.

Transdimensional Love in “End of the World House”