A long “life list,” if you are a serious birder, is a big deal. A life list compiles every bird you’ve seen and identified in your lifetime, and you must be 100% certain about each one. Some lifelong birders have seen over 9,000 different species of birds, and with species becoming endangered all the time, birders have to follow sightings wherever they’re reported — a kind of blind trust that leads them traipsing all over the world for a chance to glimpse one tiny creature.

From award-winning playwright and screenwriter Chris White comes her first novel, The Life List of Adrian Mandrick, an account of one man’s search for rare birds and stability. Here, amidst the worst opioid epidemic in the United States, is a story of a pill-addicted, middle-aged doctor and father of two, “happily” married and living in Colorado. A birder since his mother introduced him to rare species as a young boy, Adrian side-steps many of his personal problems by delving into the wilderness, searching for new species to make his life list longer than those of his peers—one of whom just died and opened up a spot for Adrian to have the second-longest life list. But to do so, Adrian must add a bird to his list ASAP, preferably the ivory-billed woodpecker.

For better or worse, birding is not what comprises the meat of the book. White has written a somewhat traditional mid-life crisis story, but one that is stunningly honest. It’s easy to cheer for Adrian as he makes all kinds of cringe-worthy decisions. Even more slack is given once we learn of a disturbing incident in Adrian’s childhood, a tip his abusive father left him with when the family fell apart. Adrian spent his life searching his memory for clues about whether or not it really happened. As if an excuse for returning to pill-popping, at one point Adrian reasons that all he’s ever wanted “is to make life less brutal.”

Adrian is also ridden with anxiety about failings as a father and a husband. Alone with his thoughts at night, he can’t sleep. He thinks, “Anything can happen at any time. When the children were young, it was the fear of hot pots on the stove. Hotel windows . . . Now that they’re older, it’s bullies. Apathy. Terrorism.” His marriage is hanging on by a thread, as his wife, Stella, struggles to understand Adrian’s ups and downs.

Birding alone makes sense to Adrian. As a child he felt that “birds lifted everything up,” but that “inside the town with its concrete and its buildings, inside the houses with their rooms taped together like boxes, things were spilling, falling, gathering speed on their way to the ground.” These lilting inner flourishes are when White really shines.

At one point, Adrian assumes that he’s heard of most of the Native American tribes in the United States, until an internet search presents pages upon pages of tribe names. He “tries to take in this list, the incomprehensible depth and breadth of it. Where are they?” The answer is as mysterious to him as the extinct bird species that he’ll never get to see in his lifetime.

The rare bird that Adrian thinks he saw with his mother when he was a child but has never logged, the ivory-billed woodpecker, is extinct or close to extinction according to the American Birding Association, though people all over the country still make claims that they see one now and then (which is all true outside of the novel). This bird, and whether or not he saw it, comes to represent Adrian’s search for what he knows he will never find in his personal life: the truth about his childhood trauma, a better relationship with his mother, andclarity about fatherhood and marriage. And yet, with White’s engaging and compassionate storytelling, the book remains hopeful in Adrian’s searching.

“What if Adrian were to find the bird?” White teases. “He’d be loved (and envied). If there happened to be a mate as well, the bird might live on to reproduce, and with very special care from the experts, the species might be reestablished. There would be hope again.” 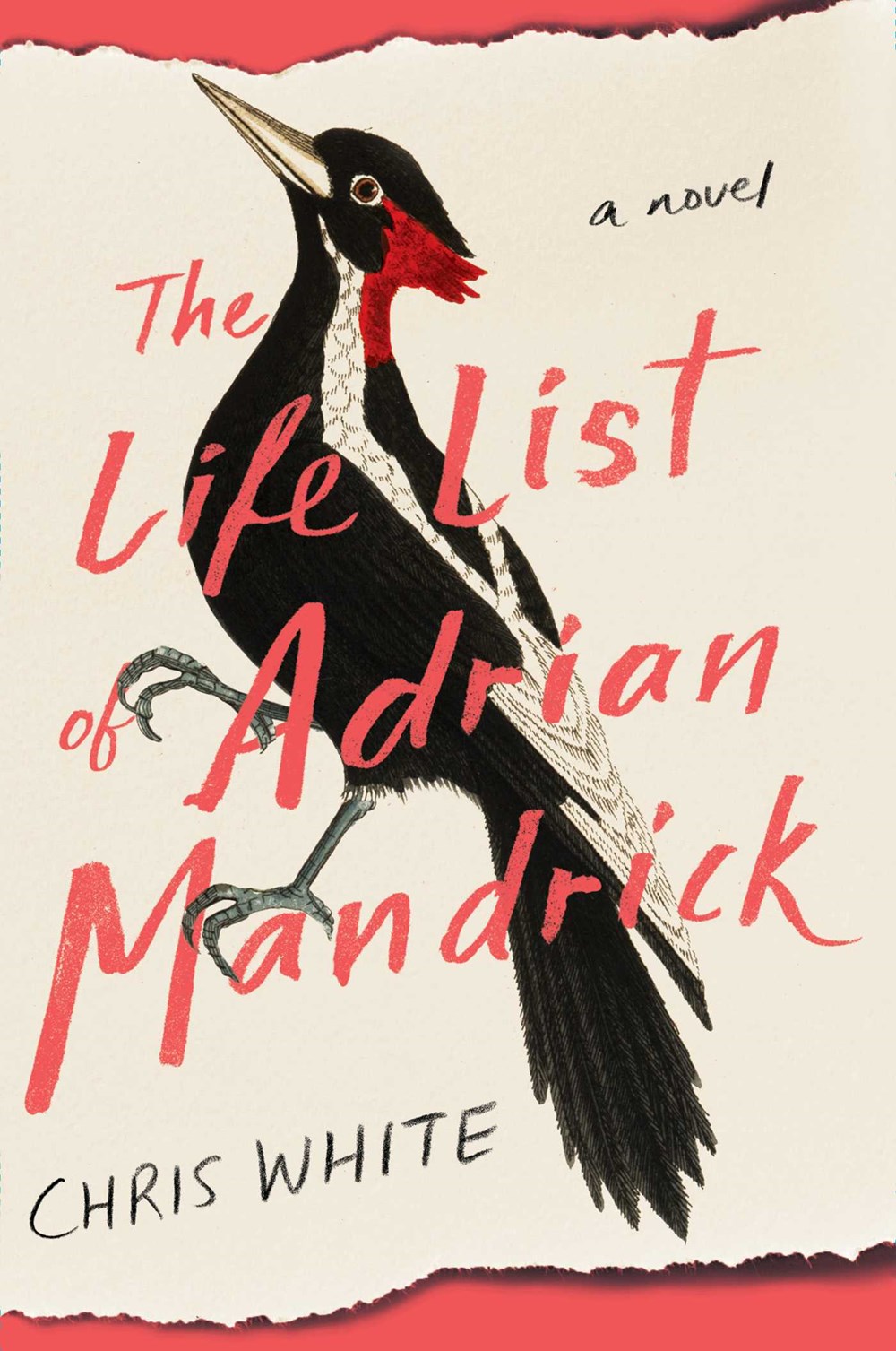 Chris White is an award-winning playwright and screenwriter. She is a professor of English at DePauw University teaching creative writing. The Life List of Adrian Mandrick is her first novel.